A version of this article was published in the Northern and Southern Dutchess News/ Beacon Free Press September 23, 2020 (right) and is designed to be the commencement of a series of articles on the topic of the depiction of history in public spaces.

By definition, the telling of our shared history in public spaces includes the entire public. â€œPublic spacesâ€ could include anything from public parks and monuments, to private buildings in public view, to what we teach children in public schools, and public holidays. Greater attention to this issue is emerging in Dutchess County. This column, the first in a series on the topic, looks at public holidays that embrace two key questions: who has the earliest claims to America (notably leaving the indigenous people aside, and those of African heritage), and what is the source of our liberties?

An early â€œarrivalâ€ was meant to imply significance.

In 1892, the 400th anniversary of Christopher Columbusâ€™ trip to what we call America, Italian immigrants were still finding their footing and acceptance in a predominantly White Protestant country and county.

The effort to embrace Columbus came early in our history. The association of â€œColumbiaâ€ with the United States came about in the late 1700s, nowhere more evident than being the â€œCâ€ in Washington D.C. (District of Columbia).

It was on Columbus Day in October of 1892 that the first nation-wide instruction for school children to say the Pledge of Allegiance to the Flag was instituted through a proclamation by US President Benjamin Harrison. Increasingly and quickly, Columbus as an individual, and Columbus Day as a holiday, were embraced by Italian Americans and tied to patriotism. This group was not alone in staking a claim in this way. Some were more successful than others. 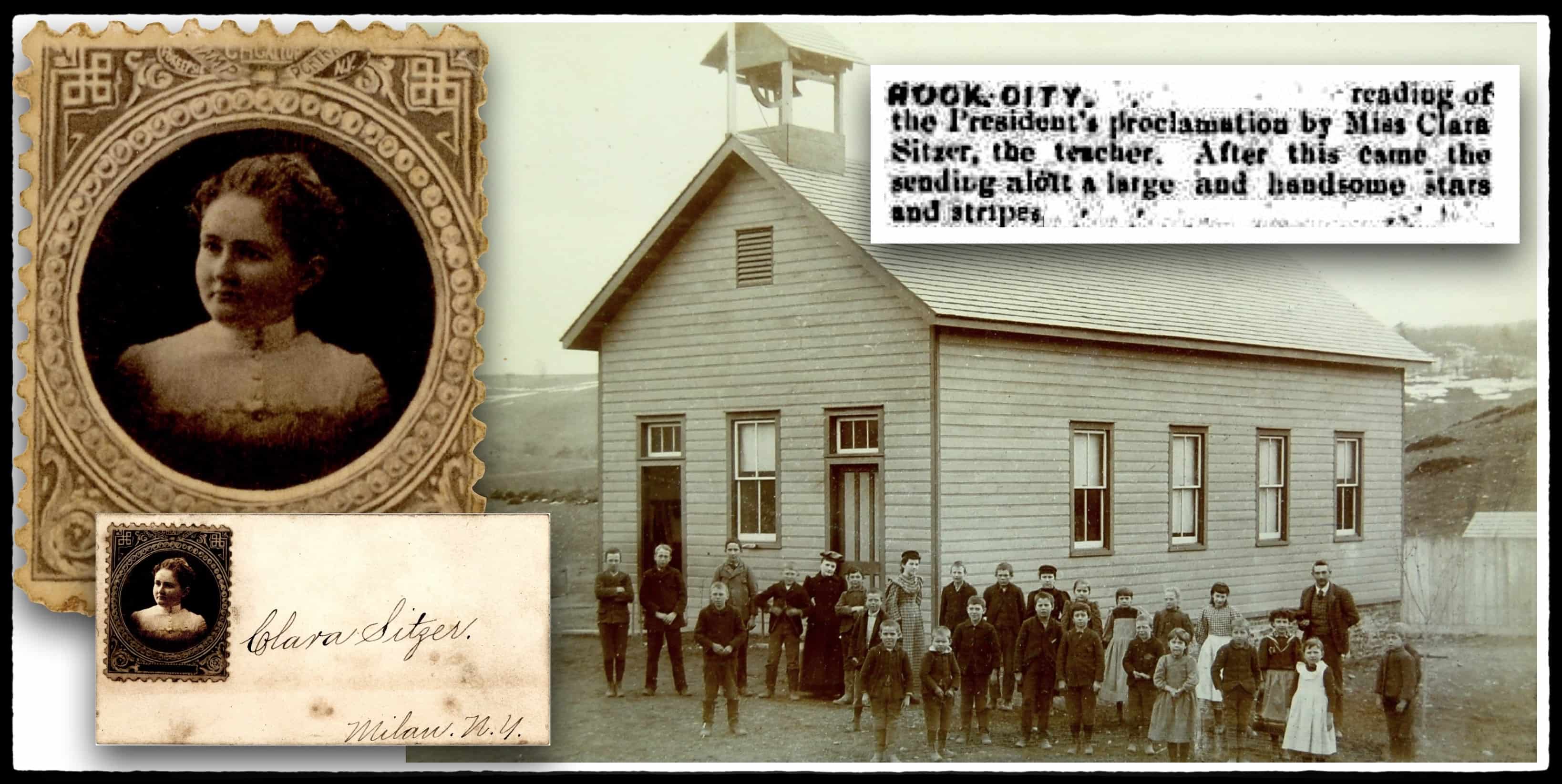 The date of the first, nation-wide recitation of the Pledge of Allegiance to the Flag was Columbus Day, 1892. Among the teachers that day, Clara Sitzer of Milan. Sitzer calling card image courtesy the Schultz/Cookingham Family Collection, Milan. Rock City Schoolhouse photo courtesy Town of Milan archives.

While not a recurring, annual public holiday, the creation of the 1909 Hudson-Fulton celebration was a big, public event locally. With a little sleight of hand to include both the 1609 voyage of Hudson (an Englishman sailing on behalf of the Dutch) and the 1807 first successful run of a steamboat, the Clermont, the year 1909 was chosen.

Among the commissioners of the celebration was the NY State Senator from Dutchess County, and future US President, Franklin Roosevelt. Some historians feel that this exposure of FDR to the power of public celebration and commemoration led directly to his major efforts through the Works Progress Administration while President, to create public murals, perhaps most famously, in post offices. The official City of Poughkeepsie sounvenier of the event had the profiles of Hudson, Fulton and Mayor John Sague. DCHS Image Collections, Gift of Sague Family. A massive, official book was published. The copy at DCHS was a gift of future President, then NYS Senator Franklin Roosevelt.

The Poughkeepsie Savings Bank opened its new building (which stands today) on Market Street in 1912. A large stained glass window dominates the main room. Based on a photo from the 1909 Hudson Fulton celebration, it shows Hudson arriving on the ship the Half Moon. Eager to attract immigrants as customers, the bank was the location of â€œAmericanization classesâ€ like the one shown outside the bankâ€™s vault in the 1920s (below). One of the roles of the large, dominating and beautiful window may have been to celebrate the arrivals of immigrant people.

Leif Erikson as rival to Columbus, 1925

Below: Speaking in June 1925, US President Calvin Coolidge thrilled a massive audience (reflecting the large, local Nordic population) at the Minnesota State Fair by declaring that it was actually Leif Erickson who was the first person to arrive on American soil, in 1000 AD. In 1949, a statue of Leif Erickson was erected at the Minnesota state capitol. In 2020, the language on the Erickson statue was changed from Discoverer of America, 1000 A.D. to Landed in American, 1000 A.D. 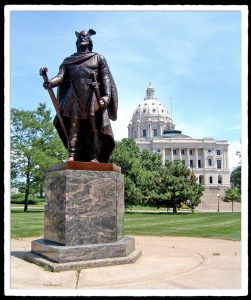 Where in history was the first emergence of liberty?

A curious set of notes in the May 17, 1923 meeting minutes of the Dutchess County Historical Society read, in part, â€œThe object of the teaching of history [in public schools] is to give a truthful picture of the past with due regard to the age of the pupils for whom the work is intended; that the truth should not be distorted for any purpose whatsoever and that both sides of a controversial question should be adequately presented from an academic point of view, so that students of history shall be trained in the habits of open-minded tolerance so as to prevent narrow-minded bigotry and prejudice.â€ This was a resolution adopted by the NY Association of History Teachers who had requested historical organizations to endorse it in an effort to prevent political influences fromÂ  shaping the teaching of history. In addition it said, â€œ[we wish to] defeat attempts made to get legislatures to write into the statutes the content of courses in history and the social sciences; the proper place for determining such content is with the state and local educational authorities.â€ The resolution passed unanimously by the DCHS board.

Research revealed that there was a movement to create a celebration on June 15, Magna Carta Day, and to change school textbooks. Why? It was an effort to portray the fundamental principles of liberty as not having emerged from the American Revolution, but instead from the British Magna Carta, the document that King John of England was forced to sign in the year 1215, giving written concessions, freedoms and rights to the people. It was not lost on critics that the day was close to, and could potentially overshadow the 4th of July, and shift the focus of the origins of liberty from 1776 to 1215. 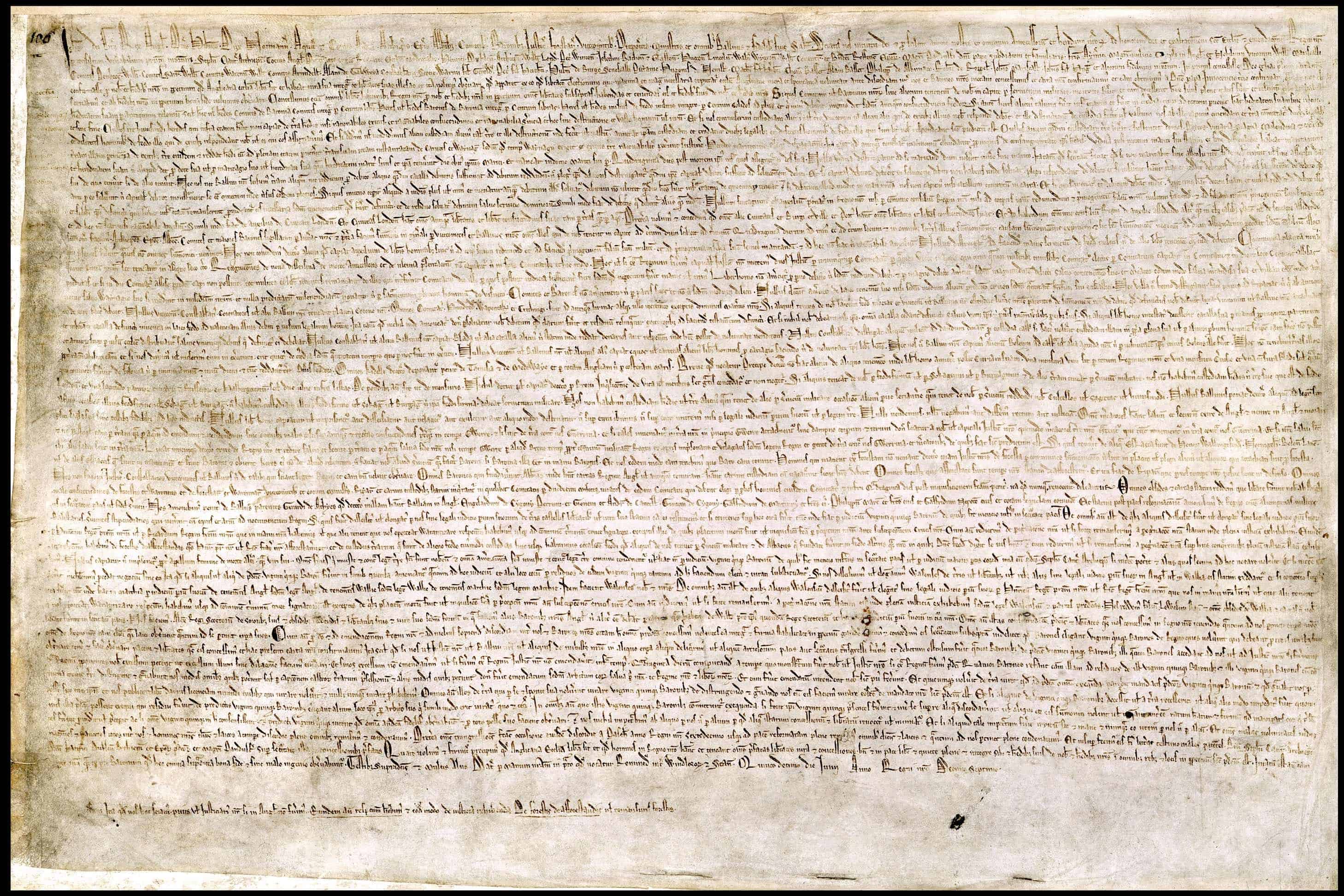 A 1926 Canadian newspaper report does not hide the intentions writing, â€œWhatever the race or origin of the people of the United States today, they acknowledged fully and freely that their history is a continuation of British history, and that the principles of Magna Carta and other great instruments of British Freedom have come directly down the stream of time as the common heritage of the Anglo-Saxon race. Today American students of constitutional history describe the revolution as in the line of succession to Magna Cartaâ€¦â€ Critics, like the Catholic Fraternity Knights of Columbus, called the effort a biased, pro-British rewriting of history.

Poughkeepsie Superintendent of Schools Sylvester Shear (right) was giving strong hints he was embracing the movement when he said to a Memorial Day crowd at the Poughkeepsie Rural Cemetery in 1916, â€œI feel that the time is not far distant when the Magna Carta shall be written larger and broader and in better terms as a guide for all civilizations.â€ In 1918 he said, â€œIn all our six wars we have fought for the extension of the principles of Magna Carta and the Declaration of Independence.â€ The effort ultimately failed. 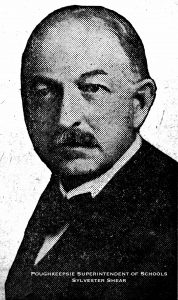 Debates about what is told in public spaces, through public holidays, and in public education, are necessarily dissonant, but constructive.

In future columns, we will look at the emerging work of the Poughkeepsie-based group Celebrating the African Spirit, and their efforts to tell a more inclusive local history in public spaces.

DCHS is piloting a trial resource online that looks at how other institutions are dealing with the issue of history in public places, with a view to adding a range of local voices over time. 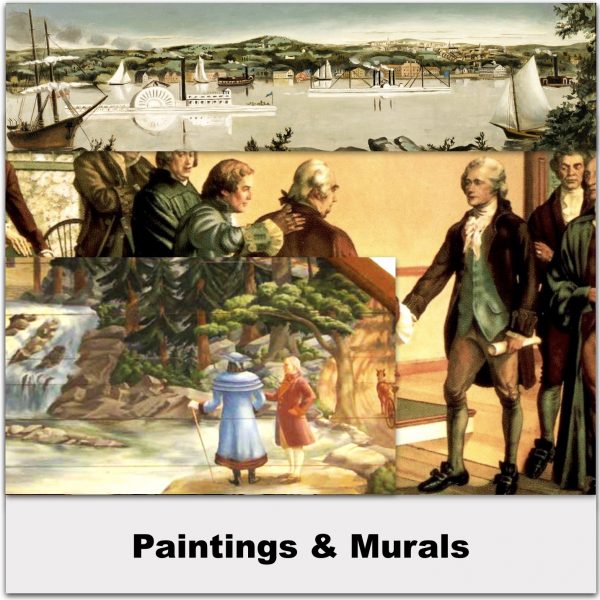 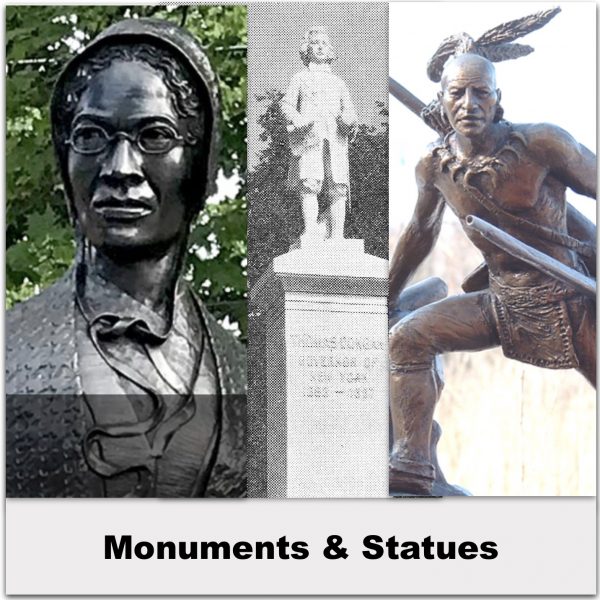