“Reading Glass” is an evolving online presentation of the Dutchess County Historical Society. 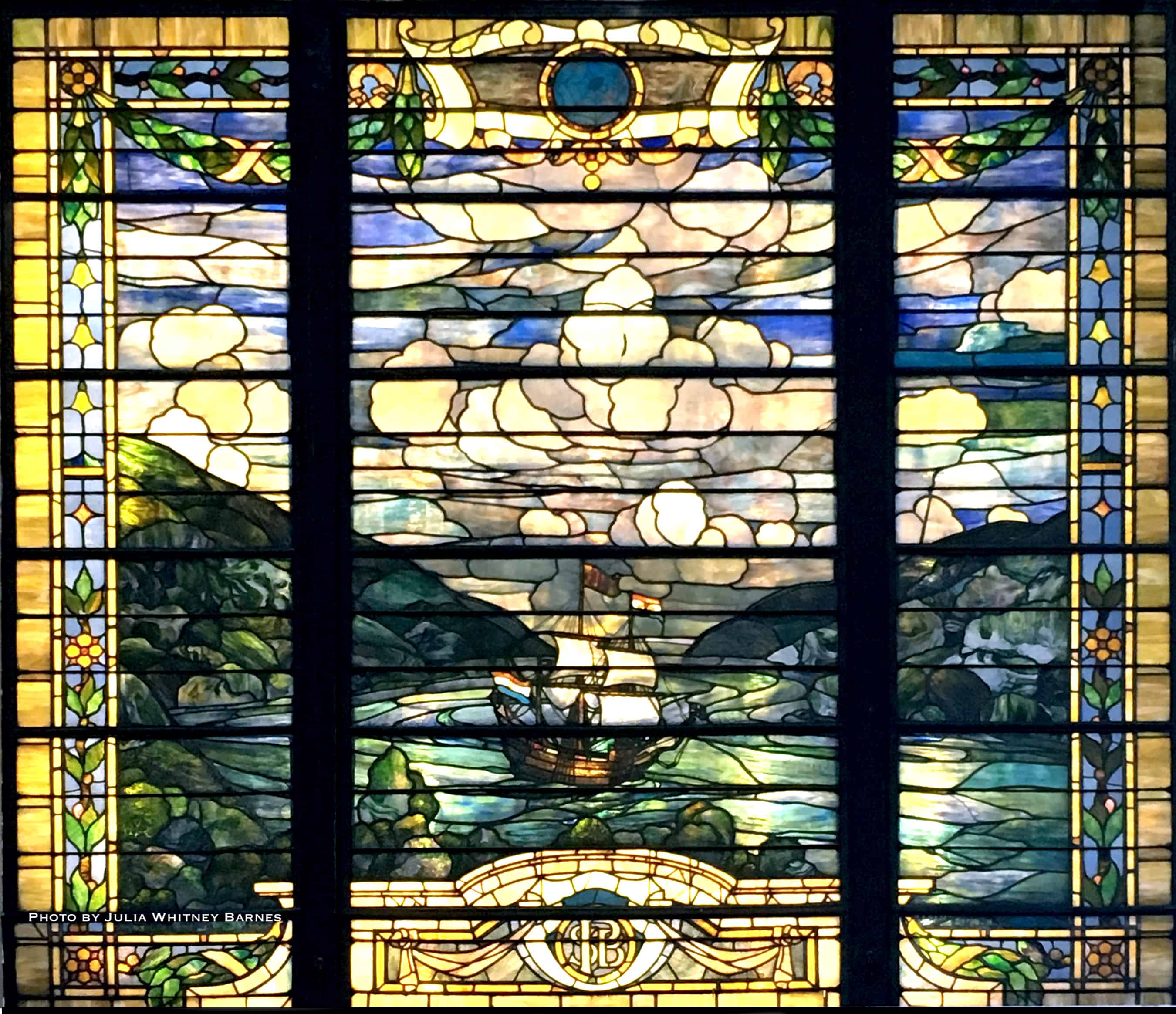 Poughkeepsie and Dutchess County have important WPA murals, in part, because the President of the United States took such a deep and detailed interest in their execution. While these murals get all the attention, glass windows, too, told important stories. This is a look at one of those windows, not found in their more traditional location in churches, synagogues and mosques, it is featured front and center in a bank.

The depiction of Henry Hudson arriving at the river that now bears his name, very visibly under the Dutch flag, was installed in the new Poughkeepsie Savings Bank building in 1912. This was three years after the massive celebration referred to in 1909 as the Hudson Fulton Celebration, recognizing Henry Hudson’s 1609 arrival on behalf of the Dutch, and Robert Fulton’s invention of the steamboat, the Clermont, launched in 1807. The view of Hudson’s Half Moon ship is based on a photograph taken of the Half Moon replica during the Hudson Fulton celebration by Tracy Dows, a neighbor of FDR. Tracy Dows’ son, Olin Dows, was awarded the US Post Office murals in FDR’s home town of Hyde Park, and Dows’ own hometown in adjacent Rhinebeck.

“…the leading events in our history should be better known; the struggles of the early days better appreciated; and that we may be equipped to meet the exigencies of the present and to solve the problems of the future.”

Hughes language was very much in keeping with the New Dealâ€™s philosophical approach to the post office program over thirty years later. It could be interpreted that FDRâ€™s federal policy during the New Deal could have been an extension of what he was exposed to on a local and state level.

Dutch was the predominate language of the Hudson Valley well into the nineteenth century, as the eighth president of the United States Martin Van Buren (1782 â€“ 1862), who was a Hudson Valley native, spoke fluent Dutch and English as a second uncomfortable language. It took generations not years for many to assimilate in America yet history, and local history in particular, was seen as a social cohesive in both the Hudson-Fulton Celebration and the New Deal Treasury programs. Historian Roger Panetta states that the Hudson-Fulton Celebration:

“…was a great embrace of diversity of class and ethnicity, which he [Governor Hughes] hoped would be deepened. He believed it would reconnect citizens with neglected local history and bind diverse Americans to place and country.”

From the Poughkeepsie Daily Eagle
January 1, 1912 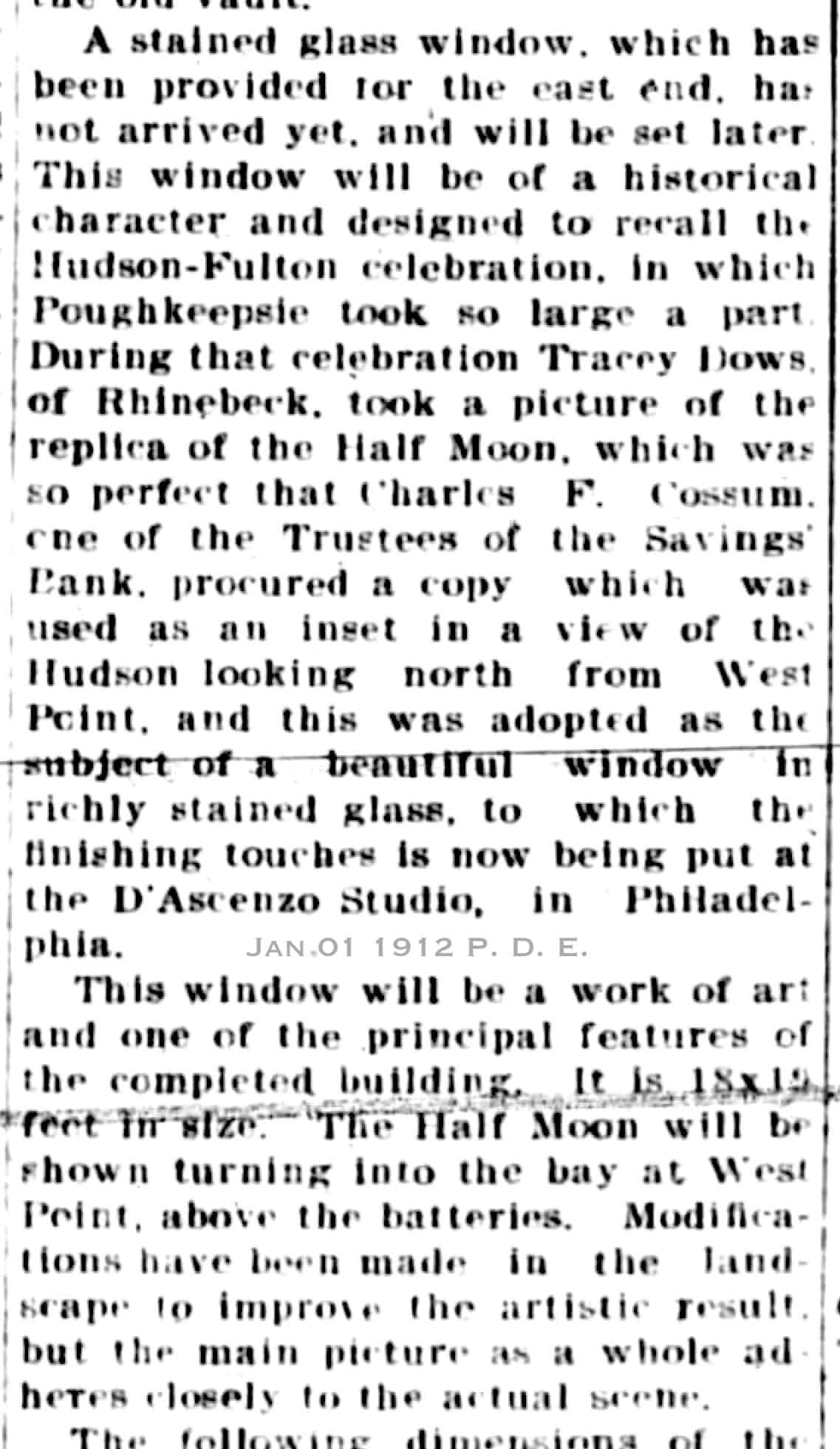