Given his eventual ownership of up to 15,000 acres of woodland, William’s business idea was to sell two pieces of furniture he sought patents on. Made of wood of course. Everything in between the Harrison Street, Manhattan, store, offering to the two pieces of furniture — and the virgin forests, he would come to own. He came to own not only the forests, but the saw mills, the machine shops, the printing press that printed promotional material for the furniture, and the ferry, and had even further ambitiopn. He argued for wood be used more creatively, and comprehensively, for instance, advocating the use of a “wooden railroad” that would run on wooden rails and have wooden wheels and general construction. This appears not to have become a reality.

William’s first furniture invention was what was called, at the time, a sofa bedstead, the forerunner to the sofa that converts into a bed. Patents for this kind of device started showing up in the 1820s, but William felt he had a unique advantage in his design, that he explained in his patent application.

He called the other item the Indispensible. With a nod to social responsibility, he designed a wash table, of sorts, for the poor. He describes it at length, in talks and in publications that he prints himself. Among the earliest letters from William to Caroline after she moved to Dutchess County he writes about his purchasing a printing press.

He blamed sluggish sales for the two furniture items on competition. This business approach meant he was traveling almost constantly between the mid-Hudson valley and New York City, with family stops in Hempstead. 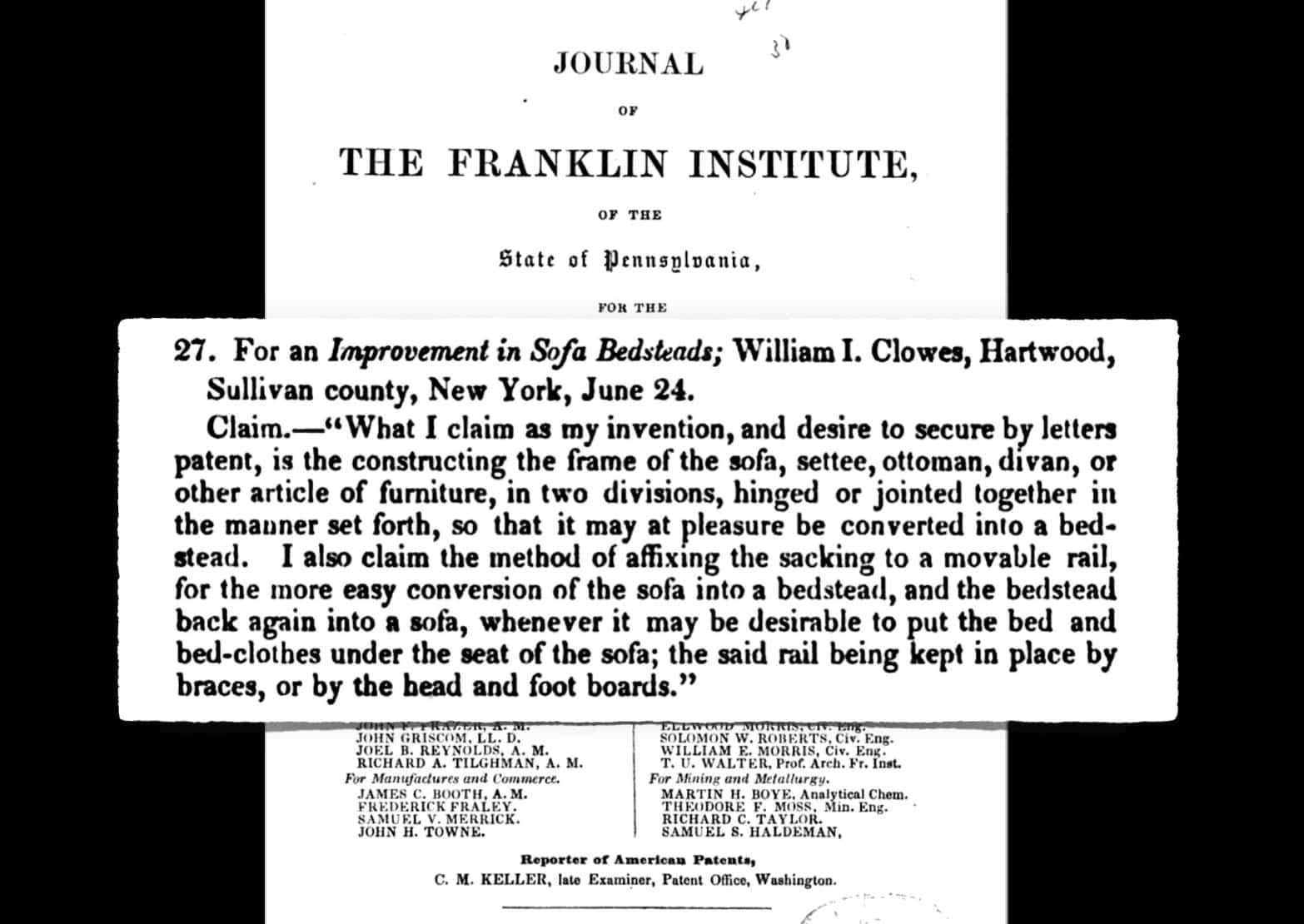 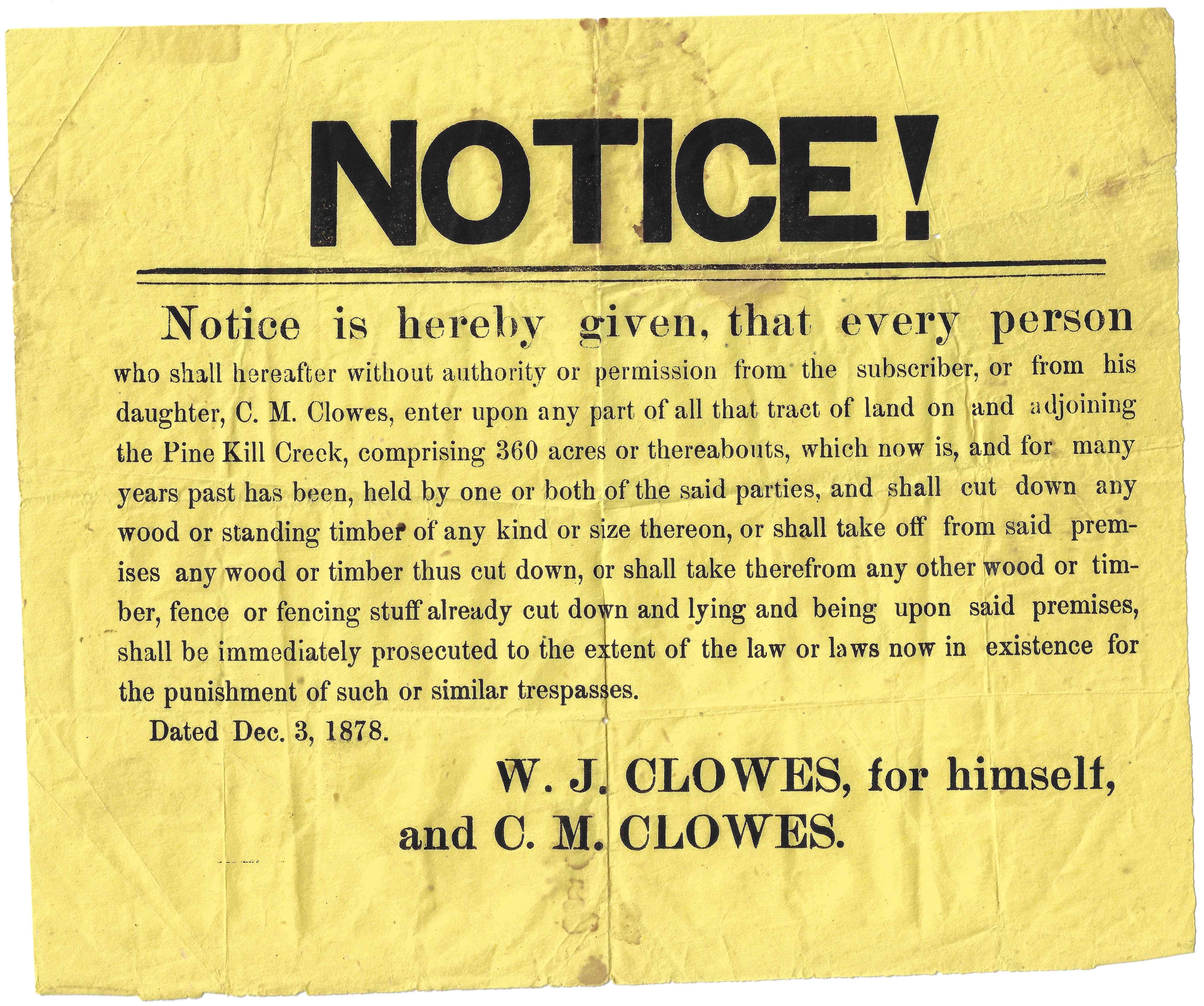 ABOVE: 166 years after her ancestor, Samuel Clowes, first ventured in the area in land speculation, and 40 years after her father tried to build on that early investment, Caroline was drawn into the business of defending what property remained from unlawful removal of timber by others.

RIGHT: Caroline’s father invested in a ferry company, among many other things, in an effort to own the entire “channel” between the woodlands of Orange ad Sullivan Counties and a furniture store in New York City, on Harrison Street. 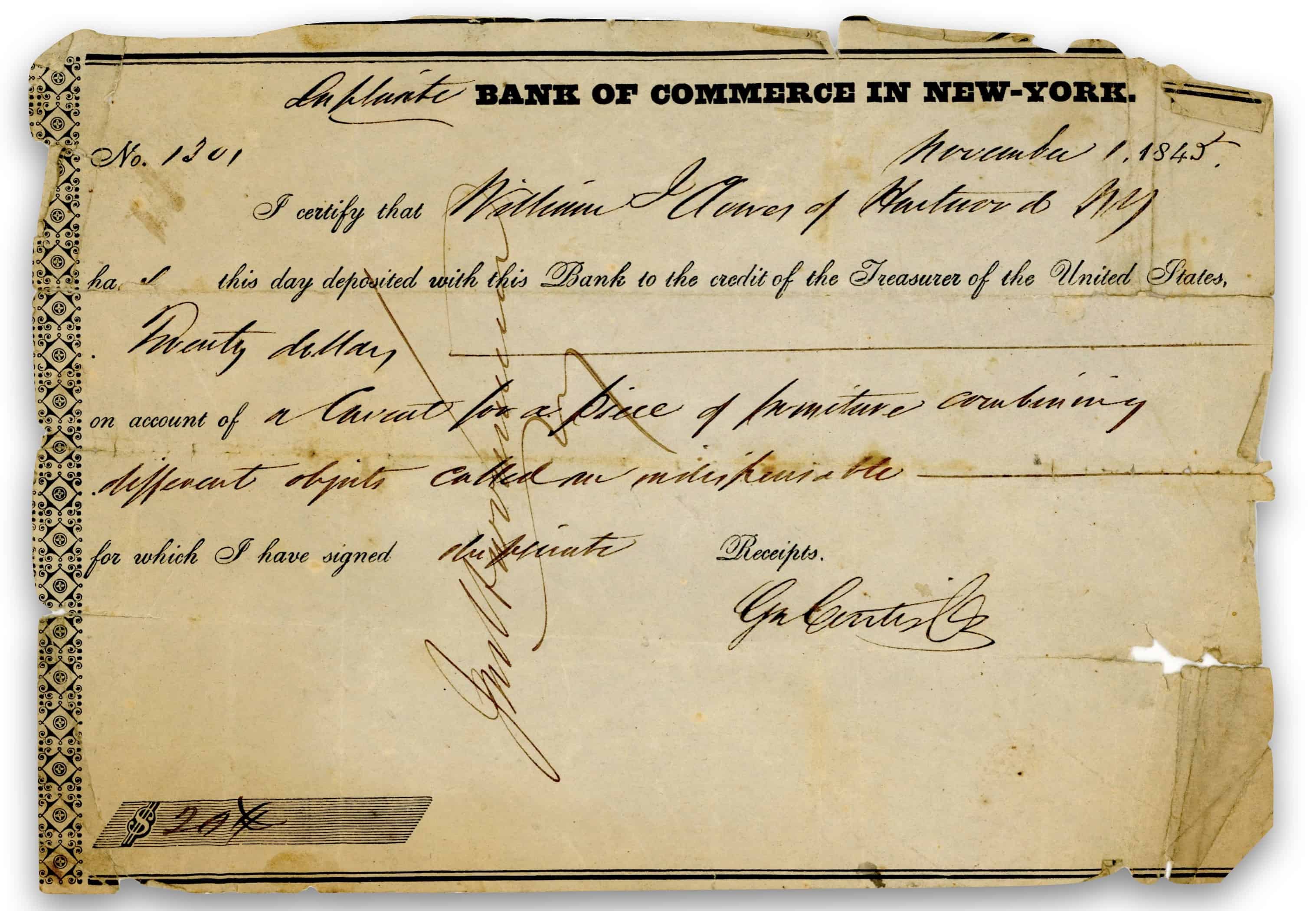 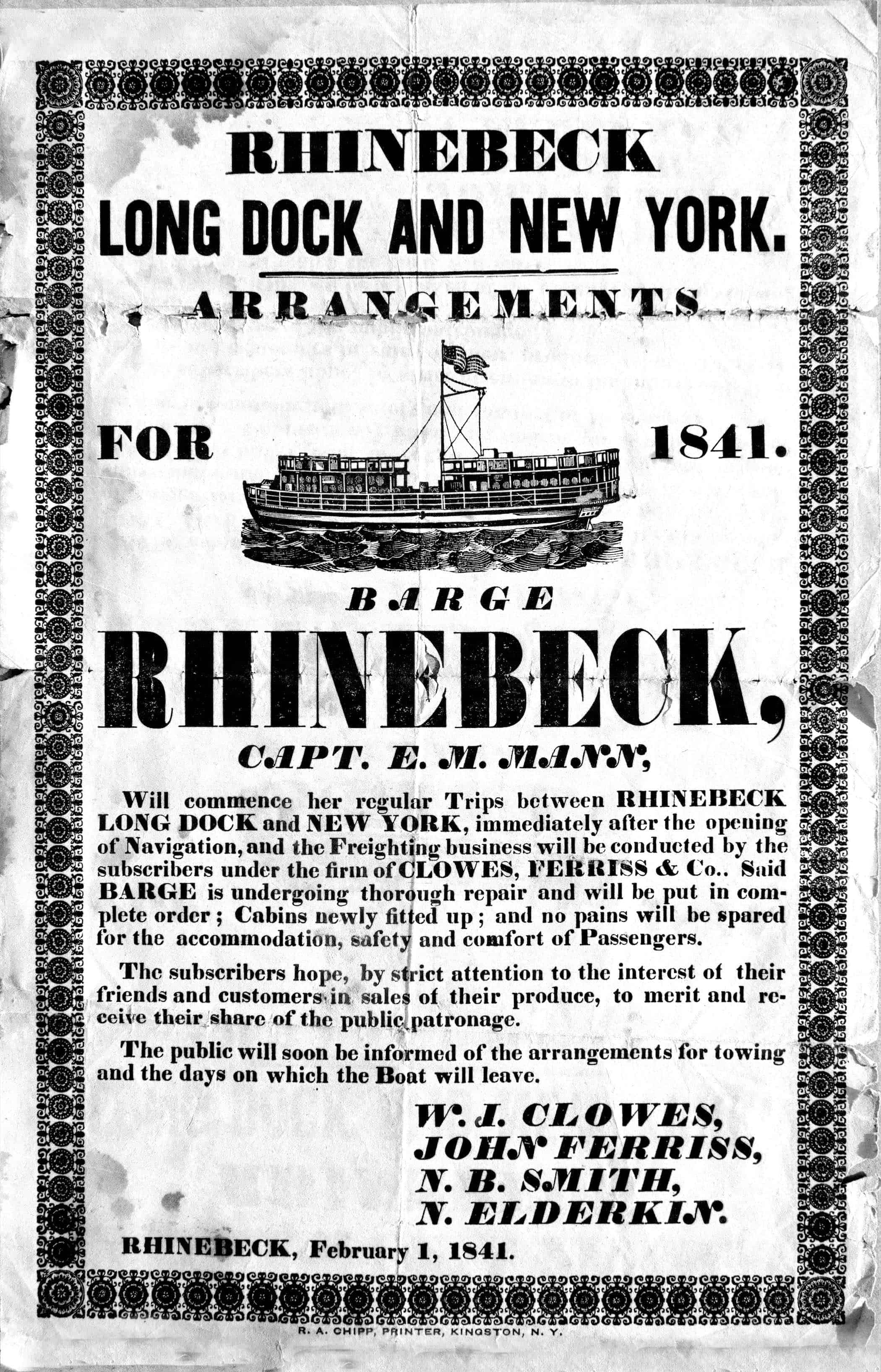