September 2020. There has been a growing community discussion about the depiction of enslaved individuals in the Olin Dows murals in the Rhinebeck Post Office built in 1940. This page is meant to lay out a fuller picture of the Post Office and its intentions at its construction. This may be helpful in efforts to create additional context and information specific to the issue of the depiction of Dutchess County History prior to New York State slavery abolition in 1827.

The Rhinebeck Post Office was designed with an ambition to educate. The starting point was the basic design which imitated an early Kip family house near Slate and Long Docks (Rhinecliff) that was in ruins at the time. The front exterior wall is made of stones from the ruins. 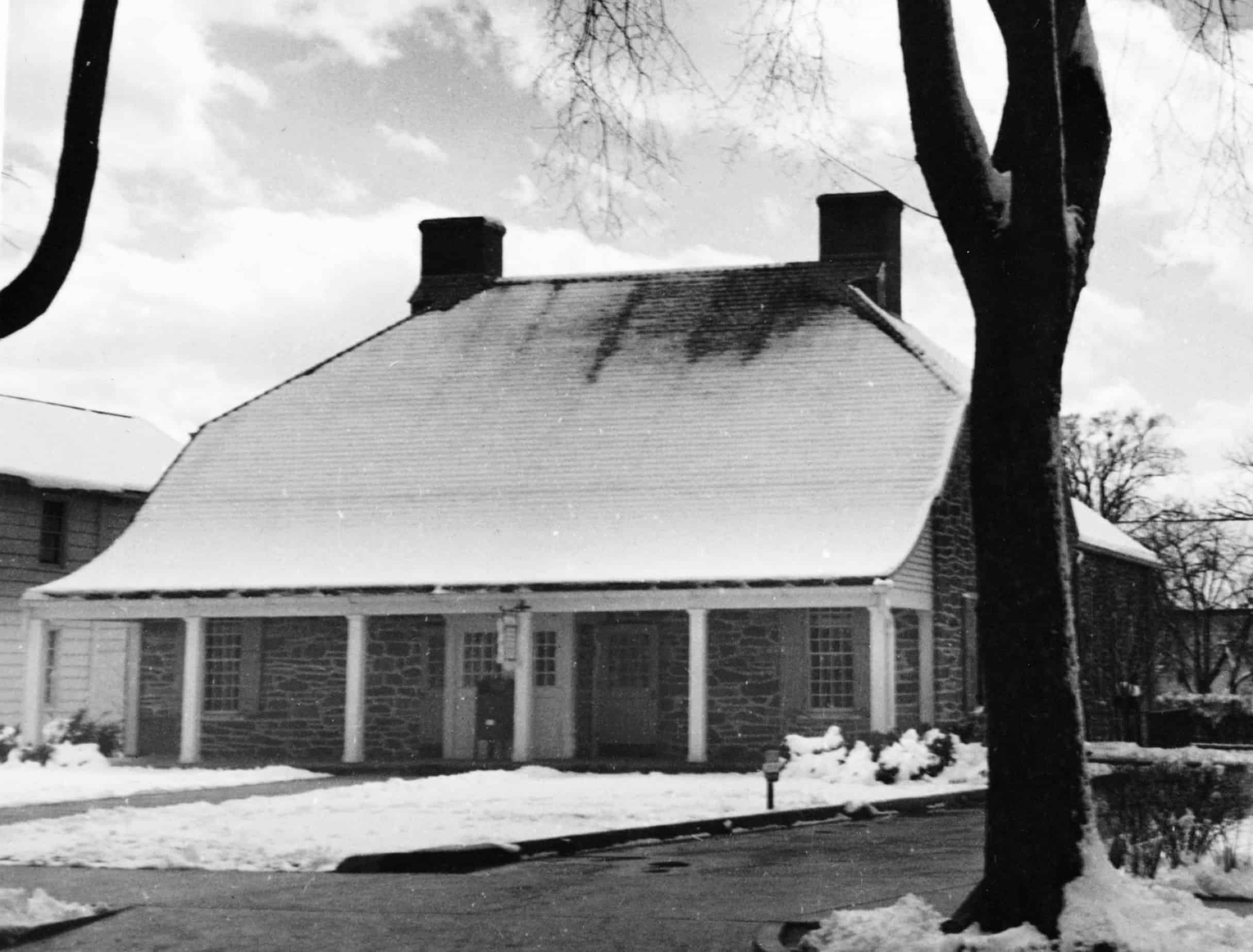 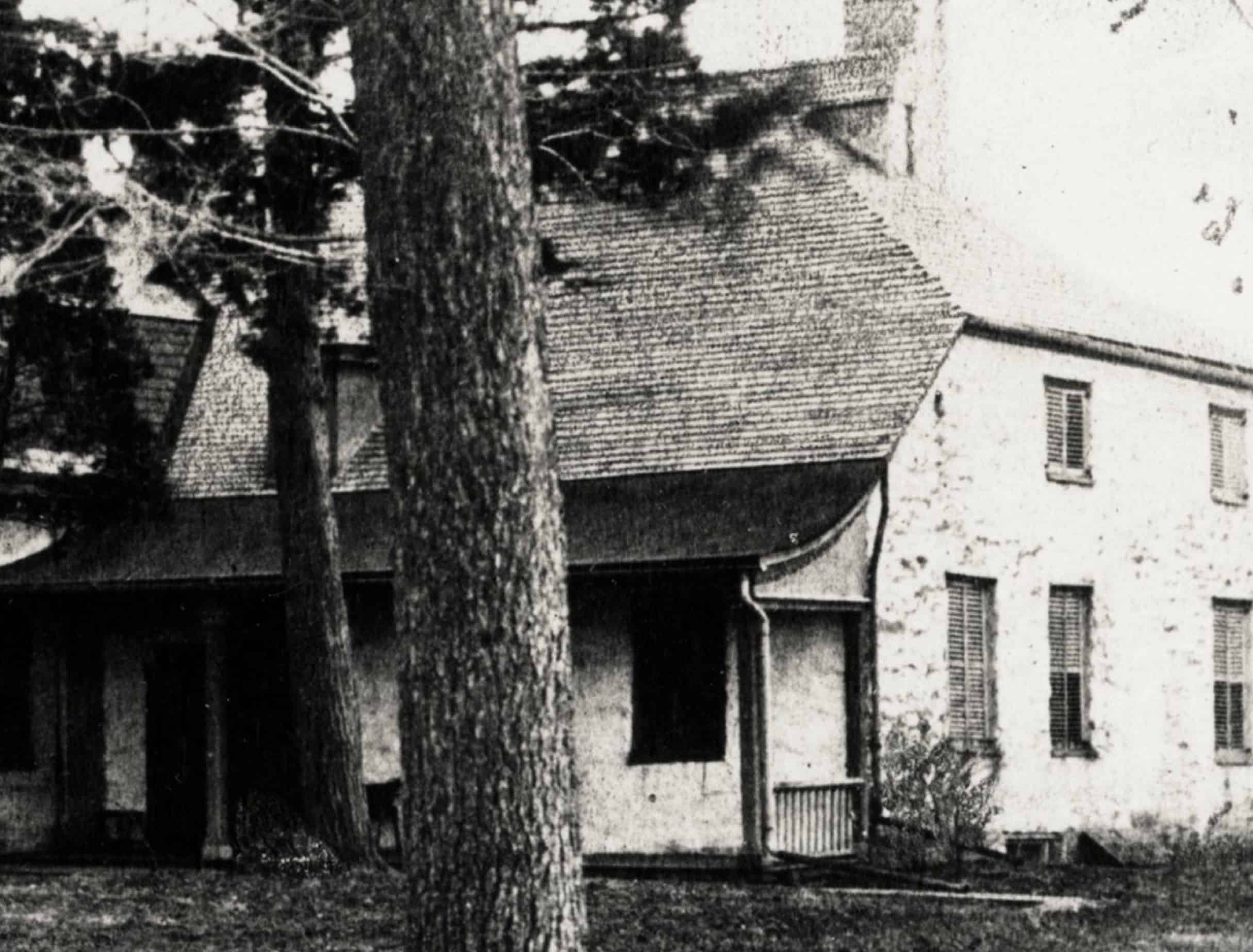 Depictions of Those Outside of Mainstream Dutch and English Protestant include Black, Native American and Italian Catholic

Olin Dows describes in great detail the time and topics he was depicting. The three depictions of enslaved individuals occur in the years 1774, therefore the British colonial period, 1780, the emerging United States, and 1807, twenty years before slavery was abolished in New York State on July 4, 1827.

William Rhoads writes in, Olin Dows, Art, History and a Usable Past, “In an early version of the text he wrote to accompany the murals, Dows refers to ‘slaves…loading a sloop with grain‘; the passage was dropped from the final text and with it, all verbal references to slavery.” Contemporary photos of murals, Bill Jeffway. Sketches courtesy Bard College Archives. 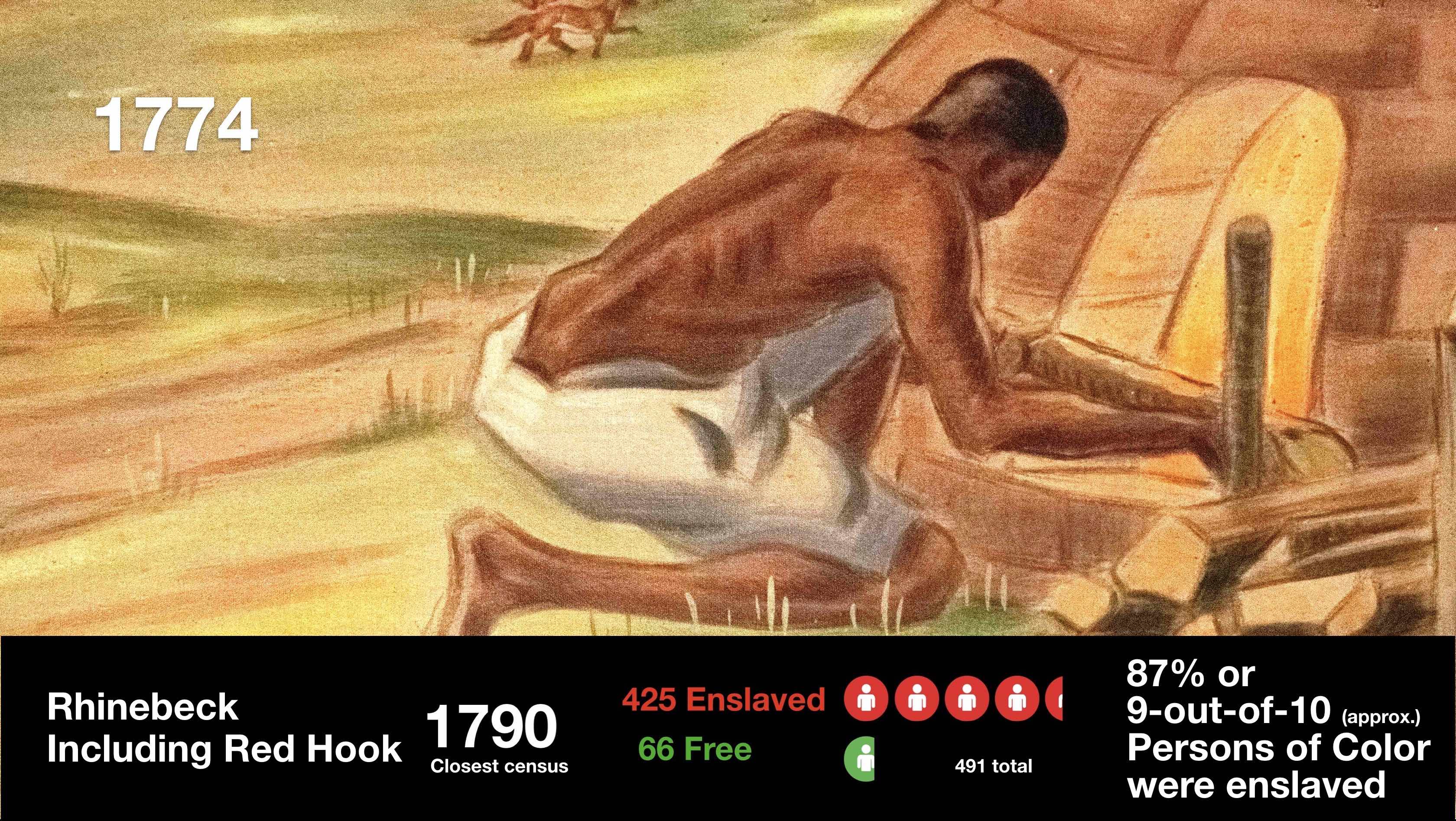 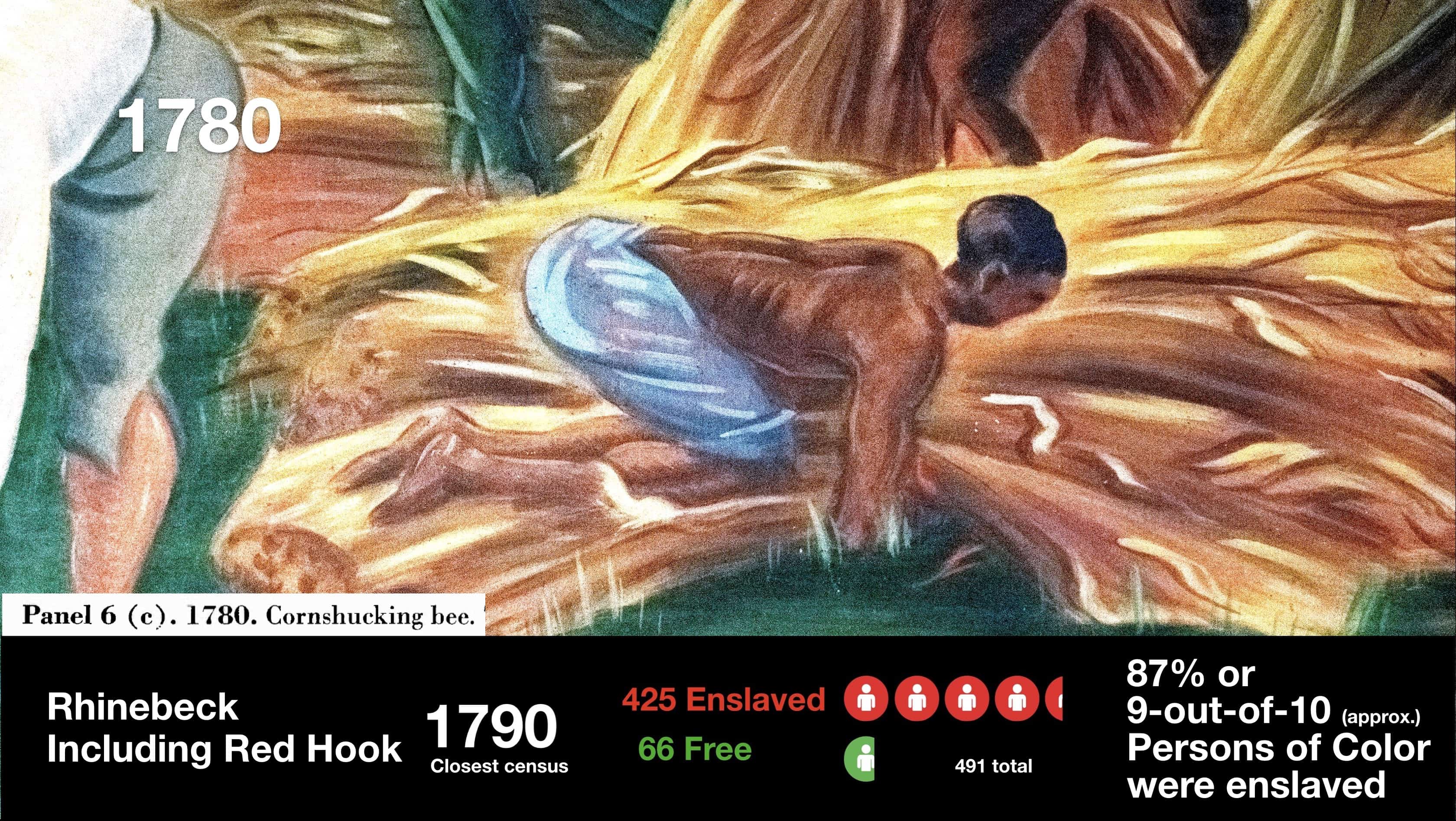 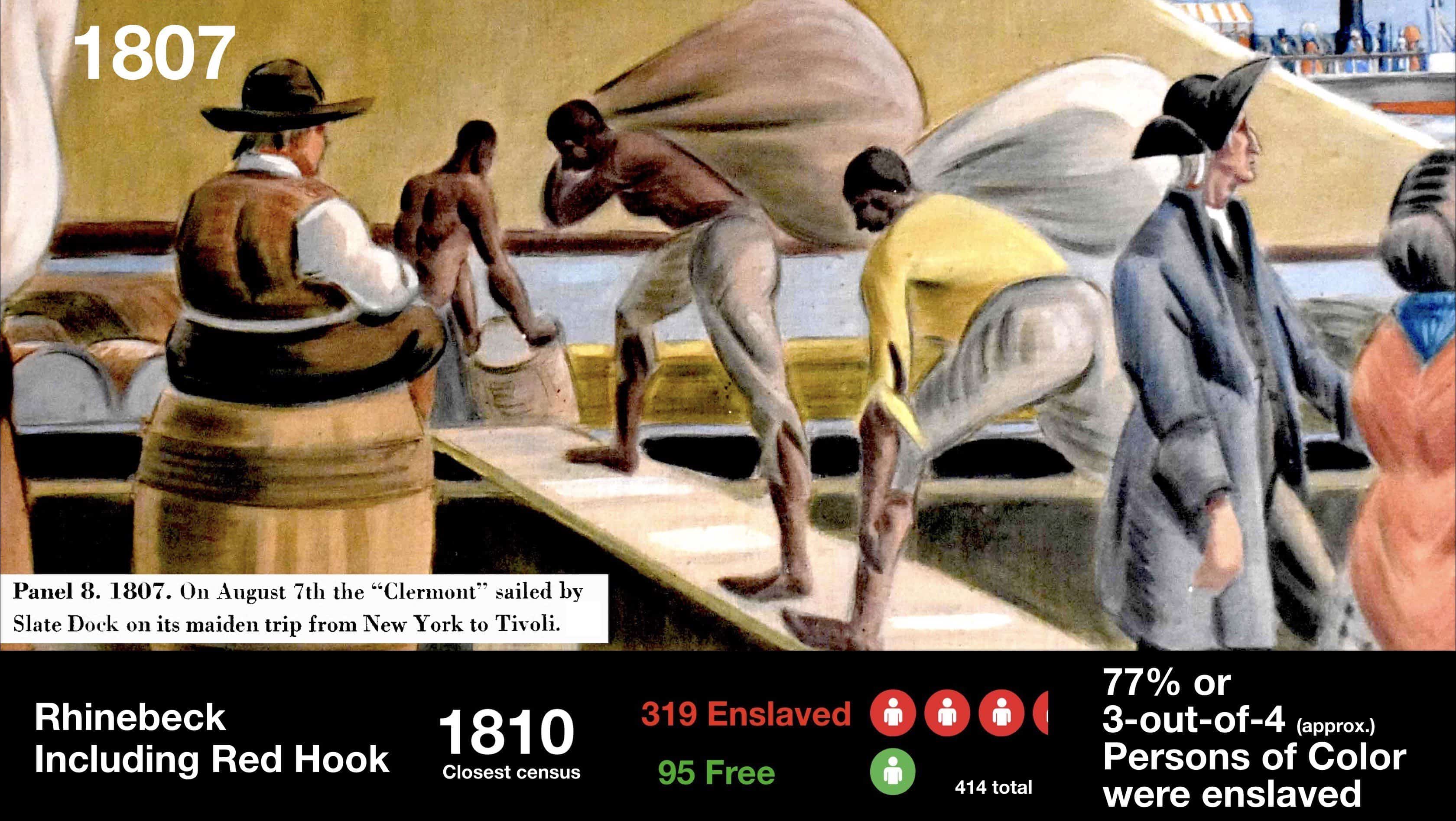 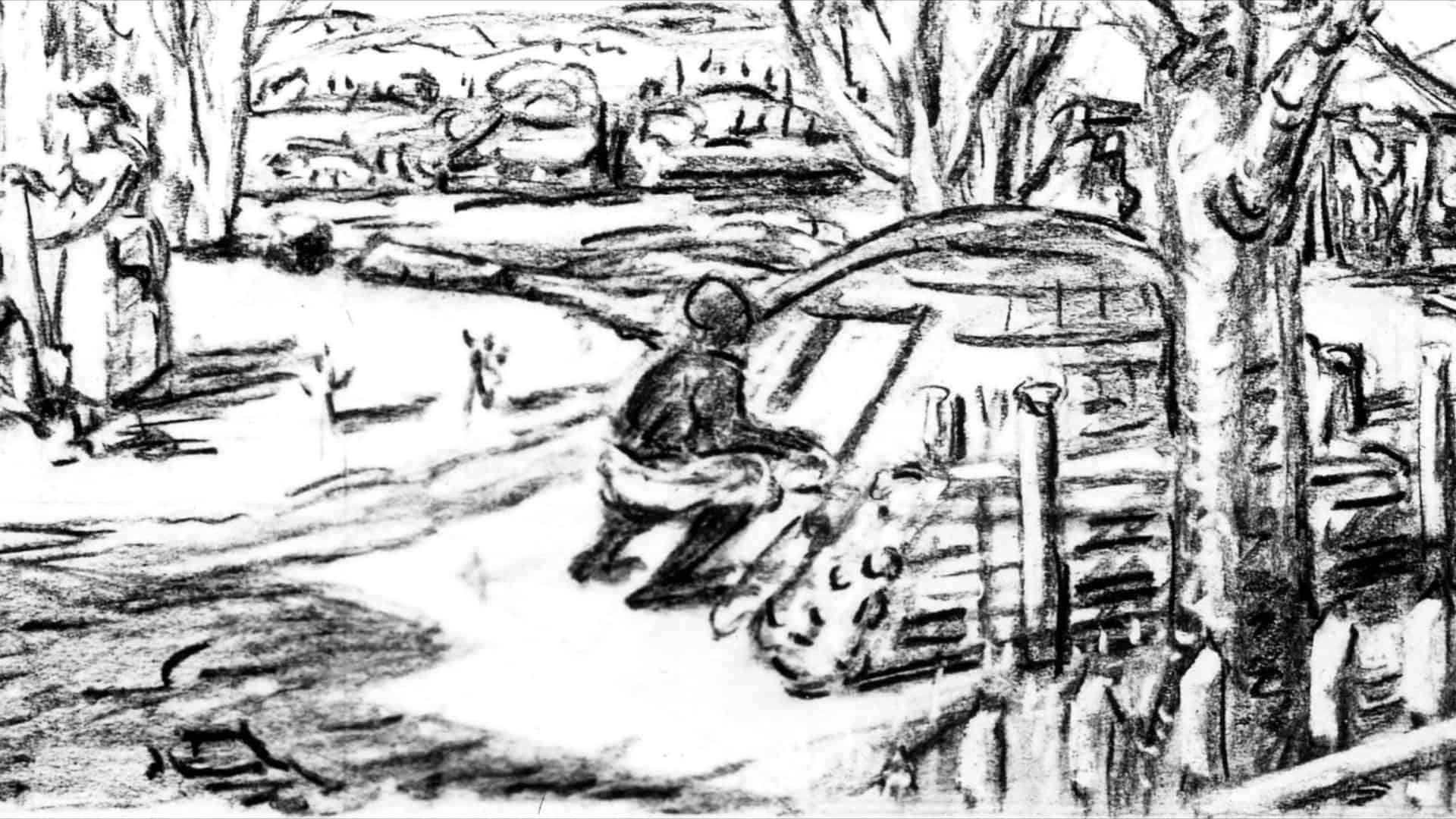 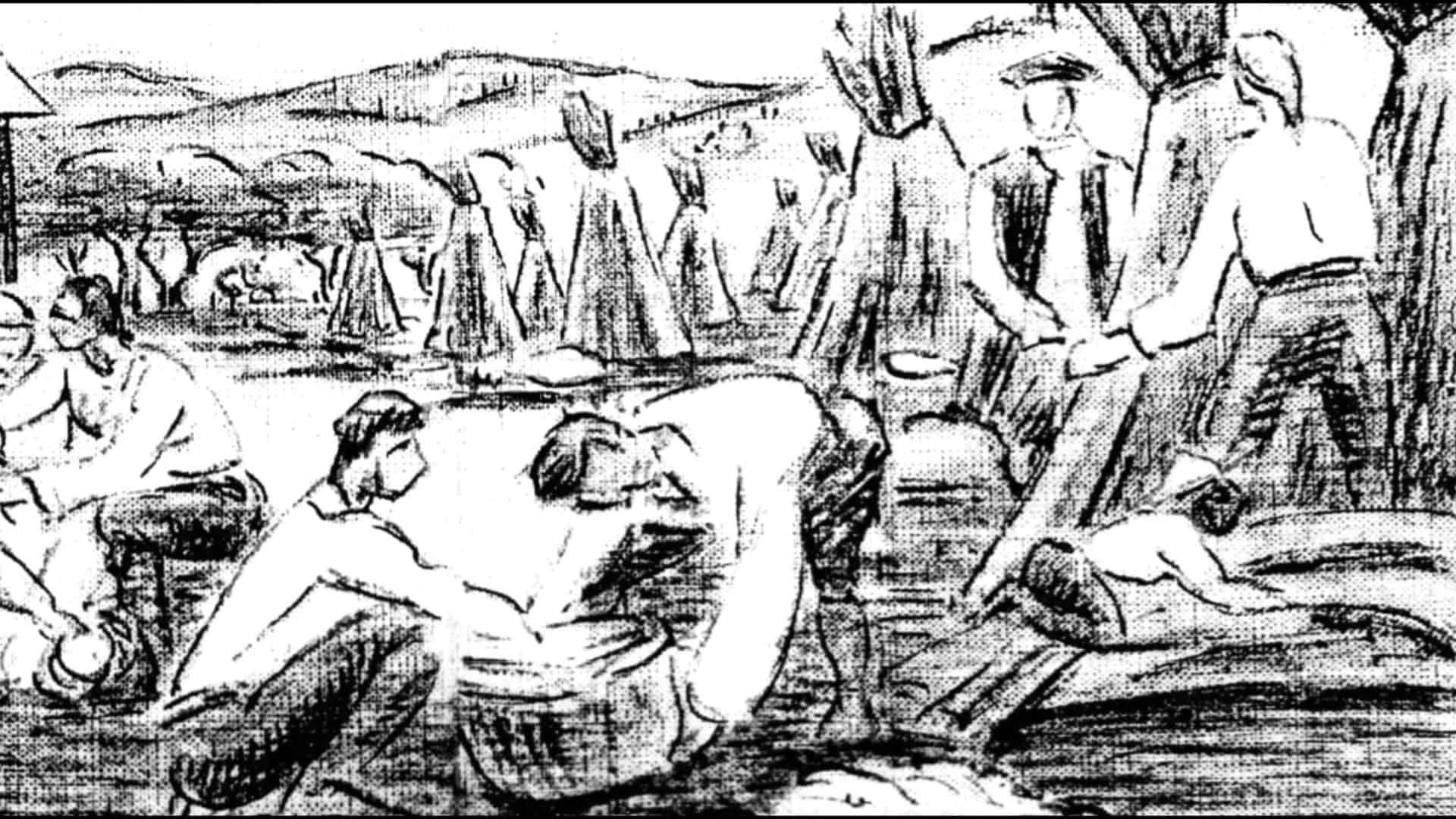 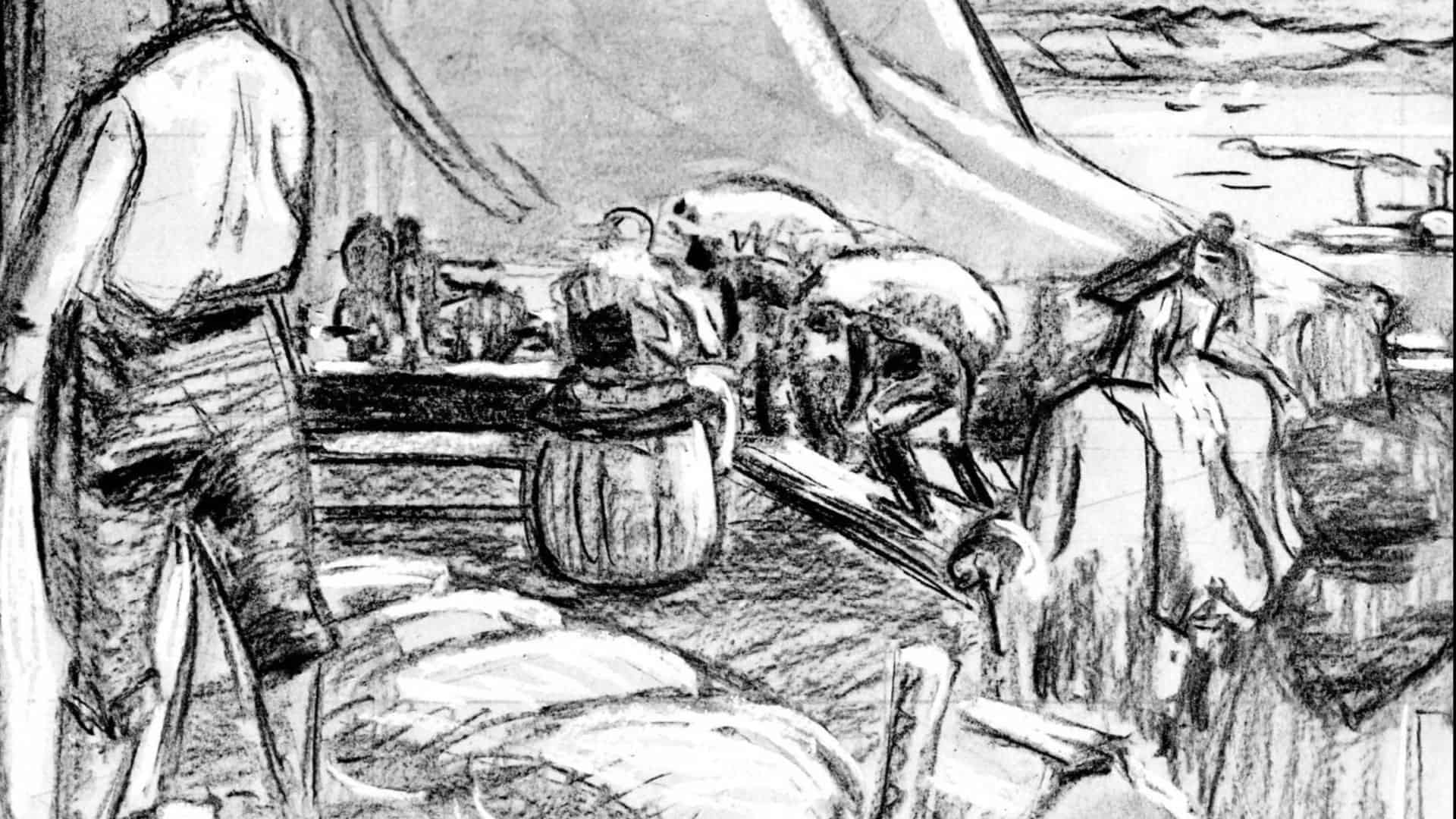 The main characters that form a continuous thread portrayed in the history of Rhinebeck are those of English and Dutch Protestant “stock.” In addition to Blacks, Native Americans and Italian Catholics fall outside that definition. 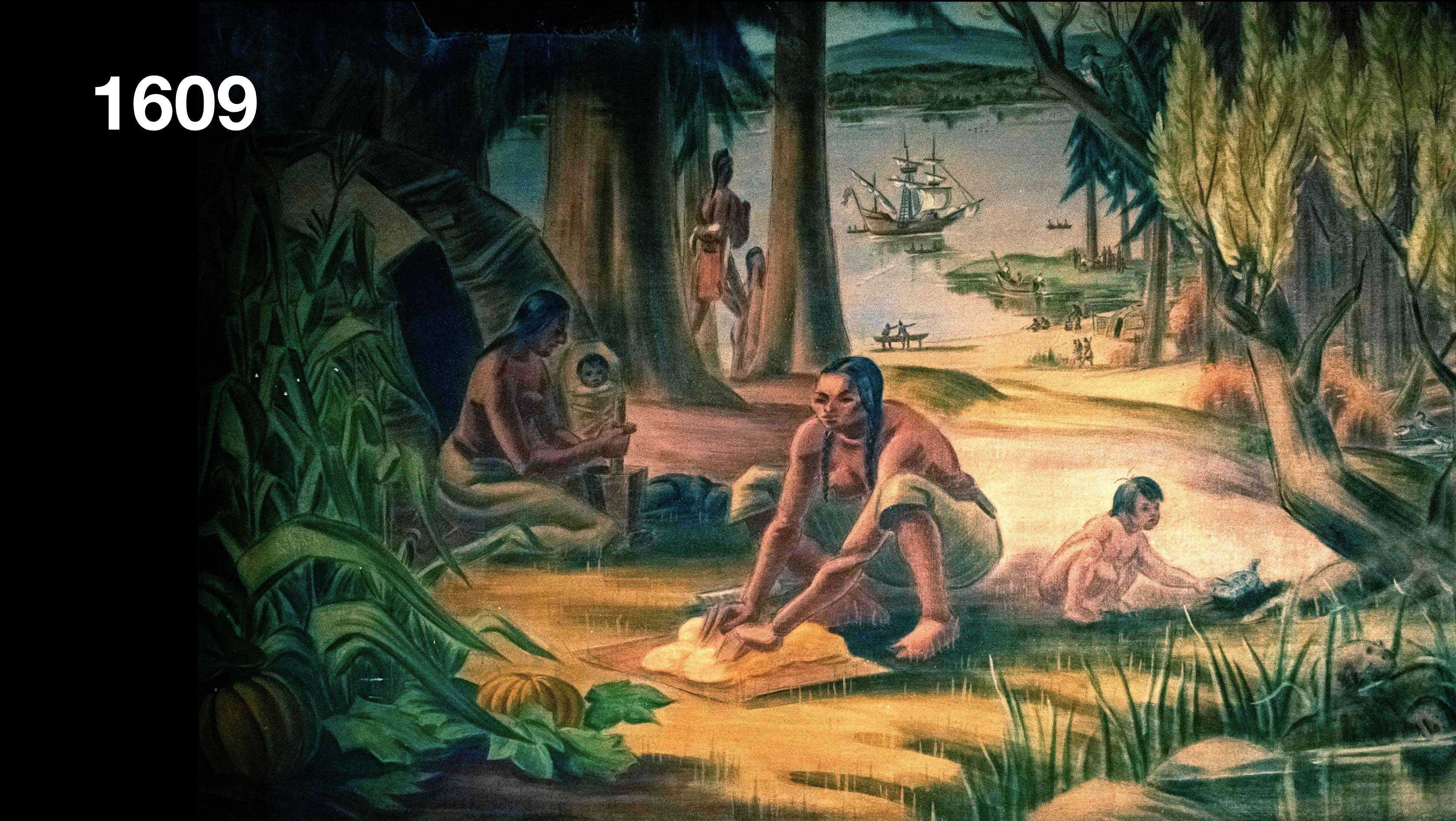 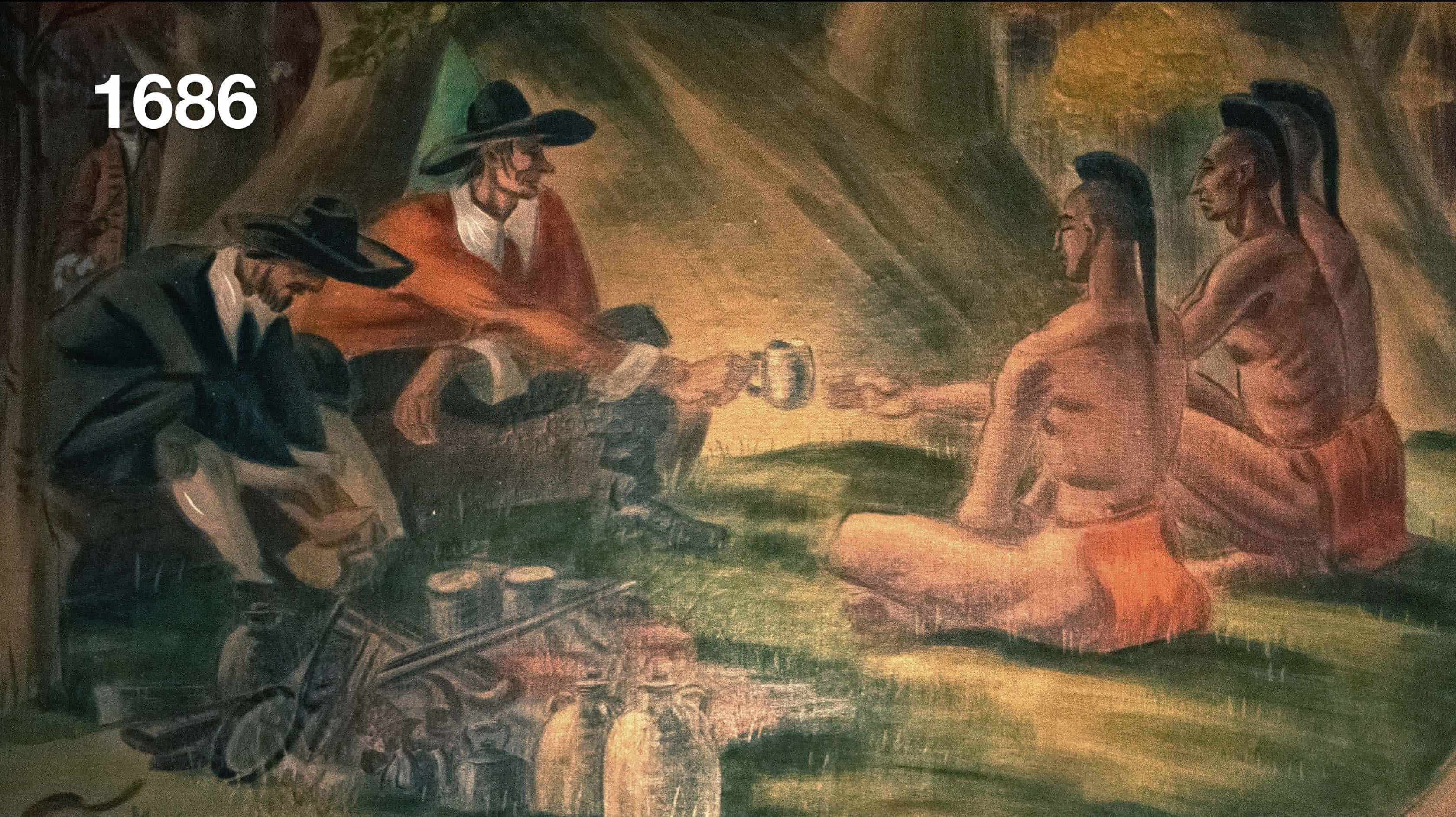 The section is in development.

Right: Depiction in the Rhinebeck Post Office of the 1609 arrival of Henry Hudson and the Half Moon. 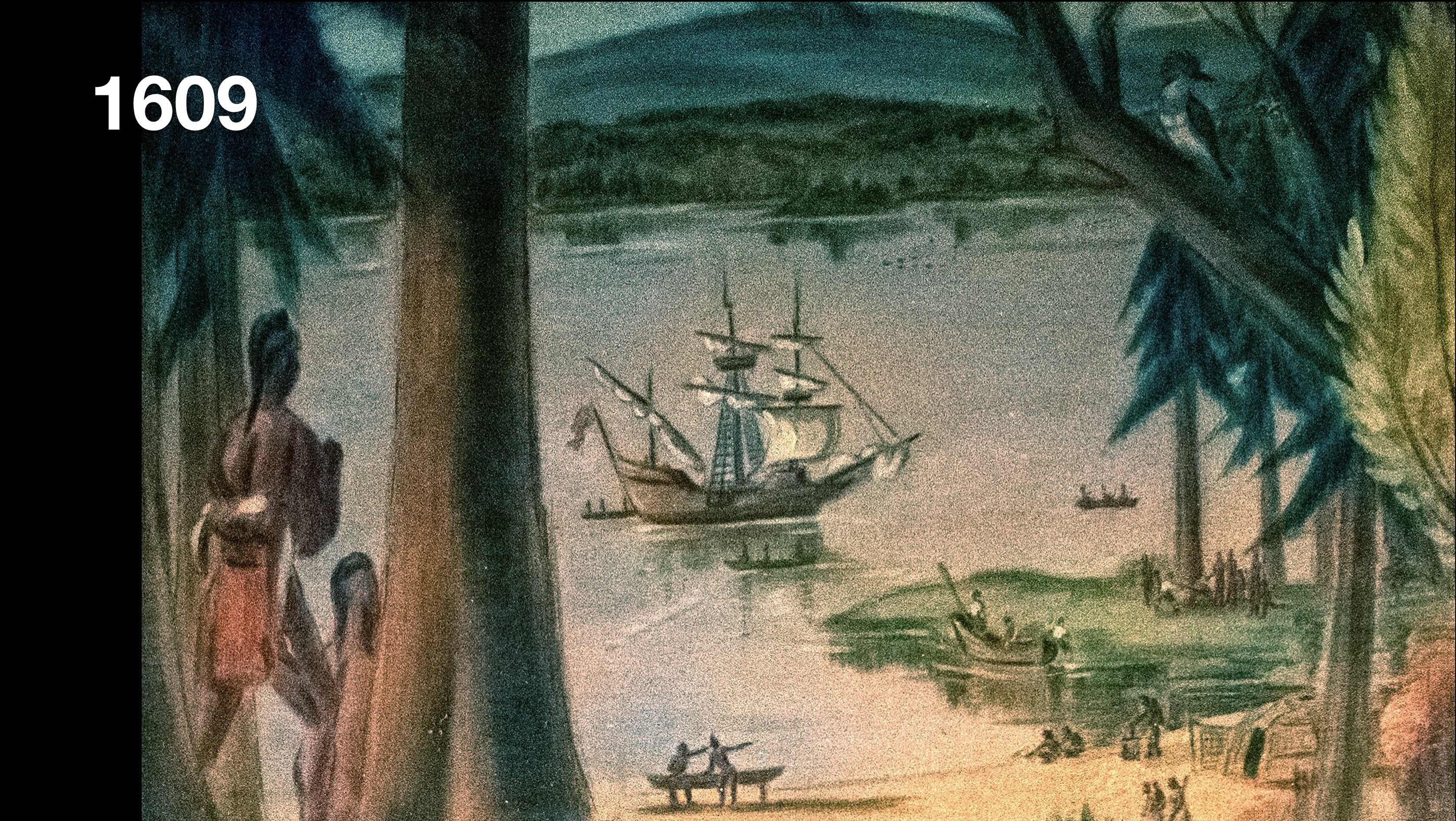 Below: Of course the depiction of Hudson’s arrival in public spaces focuses on the positive aspects from the Dutch perspective. It is not the story from the perspective of the indigenous people, one of whom was shot and killed during Hudsonâ€™s short visit.

With an eye on winning a Congressional commission for a painting to be featured in the US Capitol building, in 1835 the artist Robert Weir sought to flatter the head of the commission, Gulian Verplank, who was of Dutch ancestry (his home, Mount Gulian Historic Site in Fishkill, is open to the public). Weir painted the first high profile depiction of Hudsonâ€™s arrival with flattering representations of the Dutch. For extra emphasis he depicted them landing at Verplanckâ€™s Point. How could Verplanck be anything but impressed?

The scene painted in 1835 is one of joy. The land is lush. The Native population is robust, equal in scale and enthusiasm and physical stature. Weir painted this in 1835. He soon became head of Art at the military academy West Point, however. The influence of several years of schooling young men in military matters, as the second wave of the Seminole Wars in Florida were ramping up, prompted Weir to re-do this ‘first contact” in a different light.

Weir, ensconced at the Military Academy West Point, starts to see things differently What a difference a few years makes. From the same artist’s hand, the land is barren and unfruitful. The Native Americans are small in scale, recessive in their presence. The burnt orange color creates a feeling of foreboding.

But the lobbying seemed to work. Weir got a commission to paint for the Capitol. It is not of Hudson’s arrival but that is less important to him. His painting is of the Embarkation of the Pilgrims, and remains in the Capitol today.

The first depiction of Hudsonâ€™s arrival at the US Capitol ends up being years later, when Albert Bierstadt gets a commission and paints a rather optimistic picture in 1872. Twenty years later, Edward Moran, a fierce rival of Bierstadt, paints a more ominous picture among his landmark â€œThirteen Historical Marine Paintingsâ€Â in 1892.

1835 & 1838 paintings by Robert Weir change dramatically in tone. Bierstadt’s 1872 depection remains in the US Capitol to this day. Edward Moran’s 1892 depection that is more foreboding, closer in tone to Weir’s 1838 painting, is often emulated. Images below:

“A socially conscious modern painter [Henry Billings of the Town of Milan] Draws the Italian workmen as they go home. ” Olin Dows, 1940 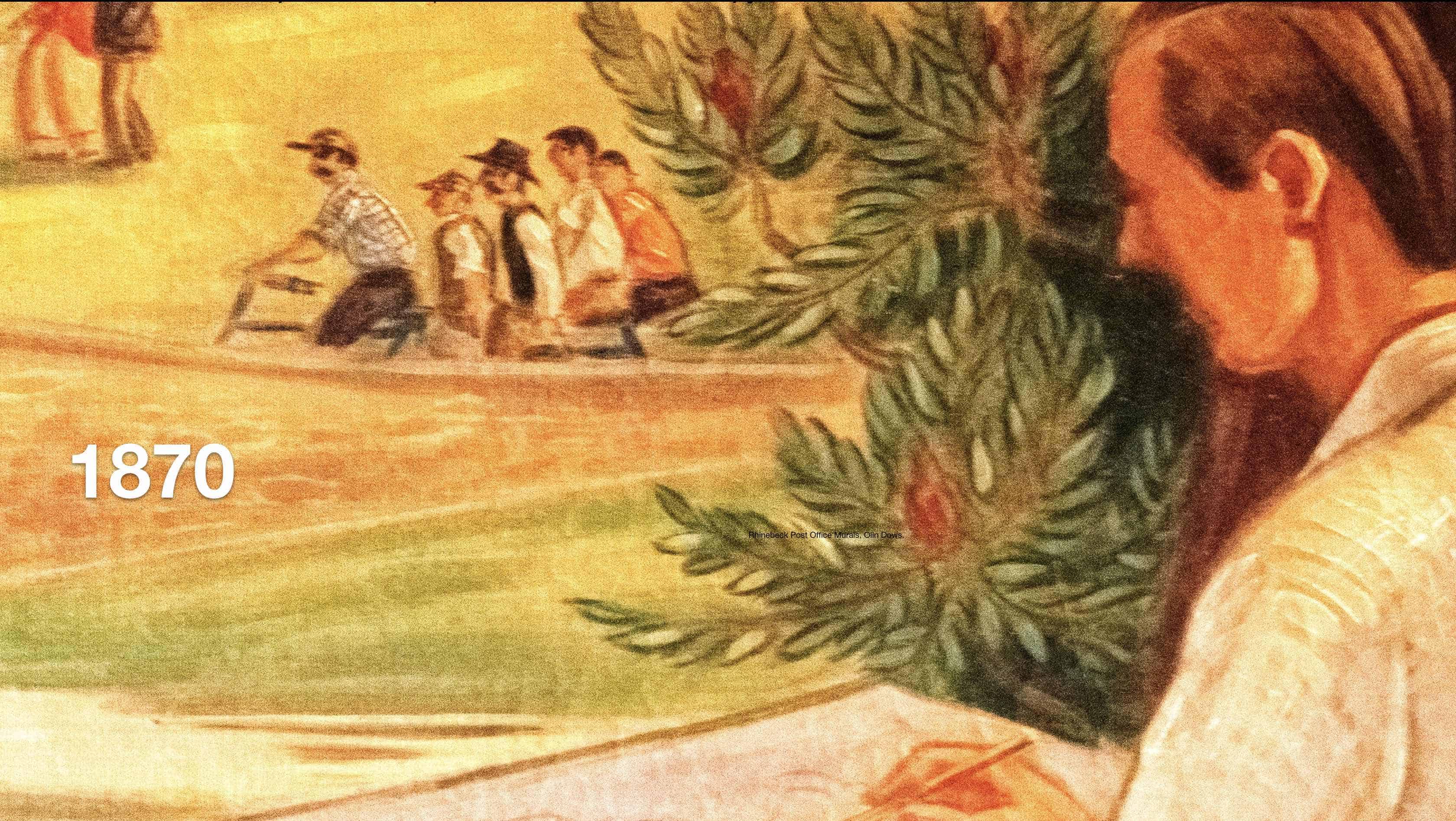 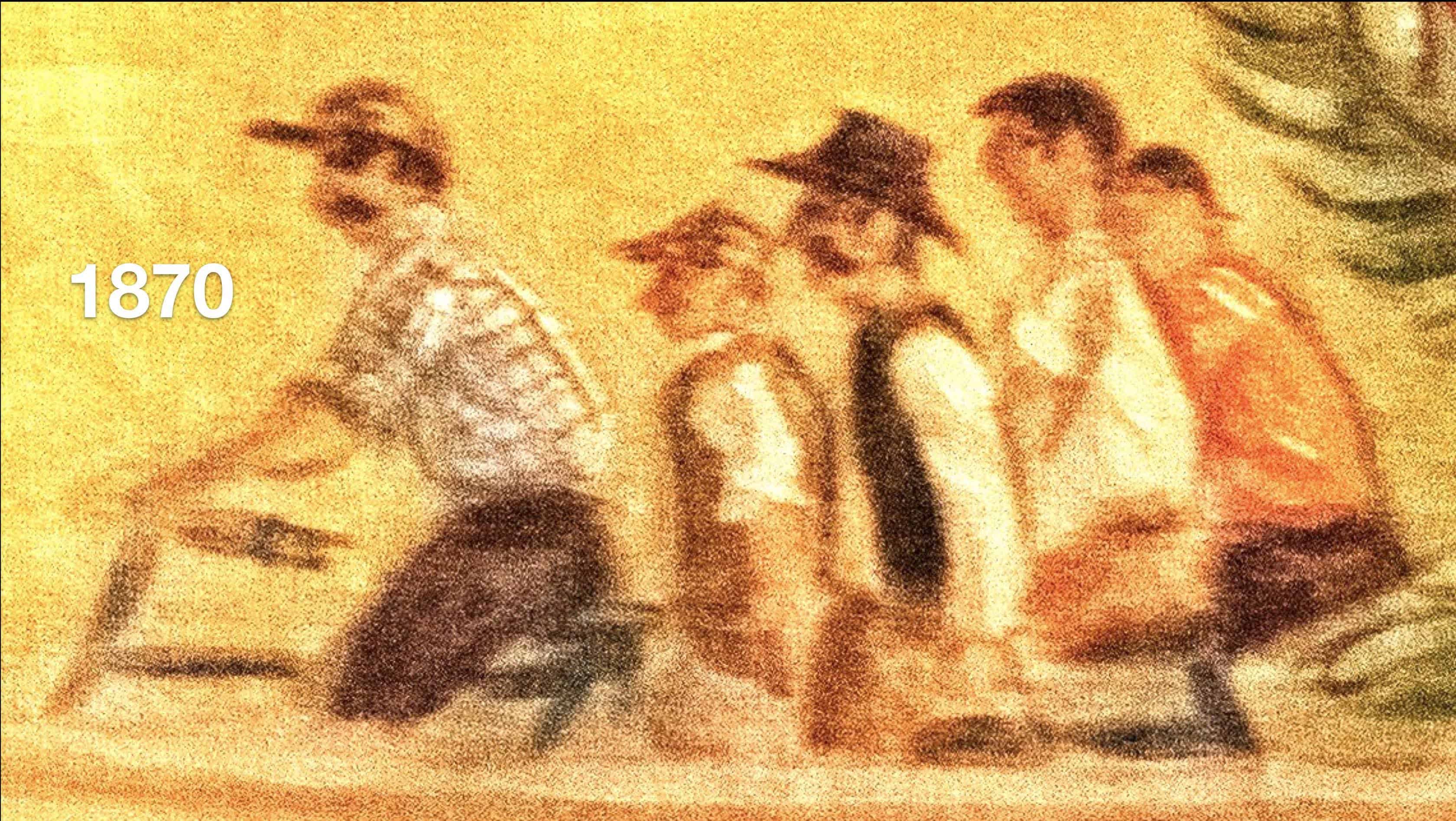 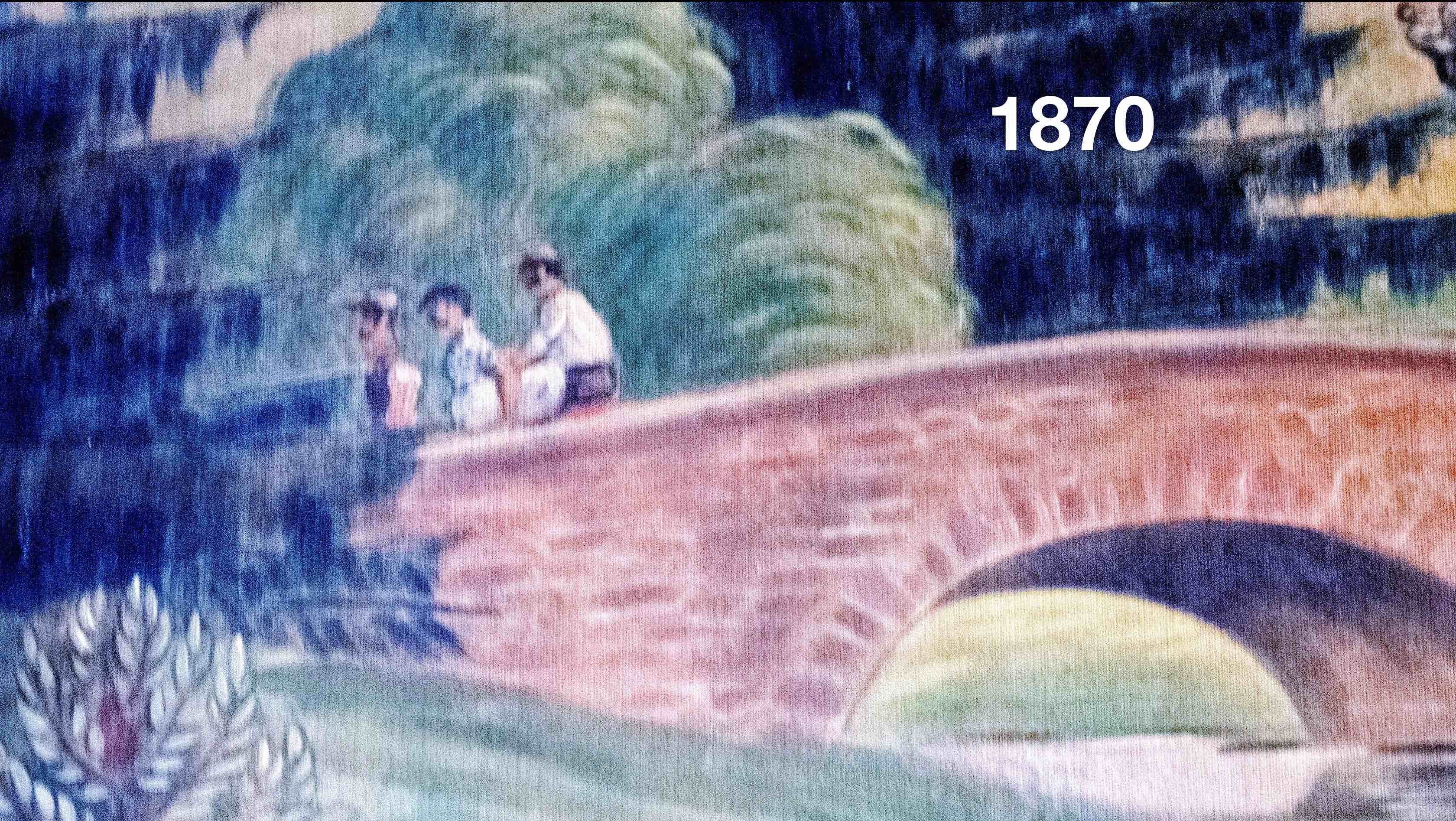