The planned talk that was to be given at our Annual Meeting at FDR Library by Michael Dolan, DCHS VP for Poughkeepsie, is postponed to a later date. In recognition of the 75th anniversary of FDR’s passing, this Easter Sunday, April 12, Michael has curated a slideshow, presented here, with images from the National Archives & Records Administration in Washington (NARA) and the FDR Presidential Library & Museum in Hyde Park (FDRL). We hope to be able to announce soon when his talk, “FDR: Death of a Neighbor” can be rescheduled. In the meantime, these powerful photographs remind us that we move through periods of grief and trial (at the time the war in Europe and Asia had not come to a close) through extraordinary leadership such as offered by both Franklin and Eleanor Roosevelt.Â  ~ Bill Jeffway 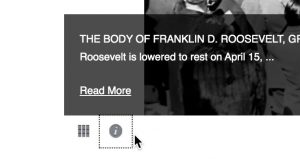 The newsreel of the funeral of President Roosevelt that was shown in movie theaters, in the days before television became the main visual news source. 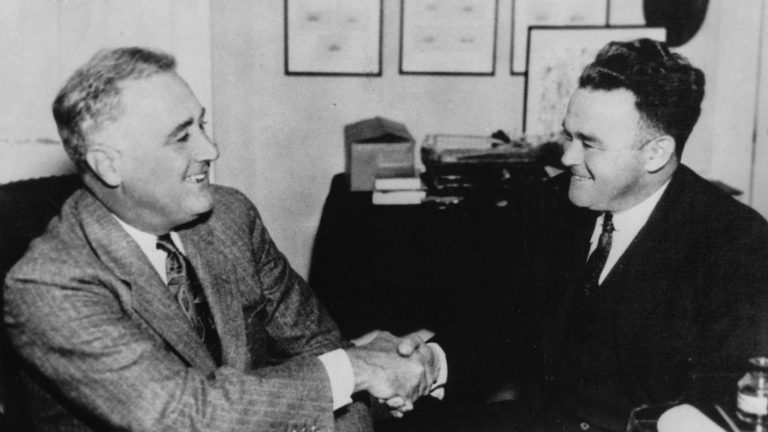 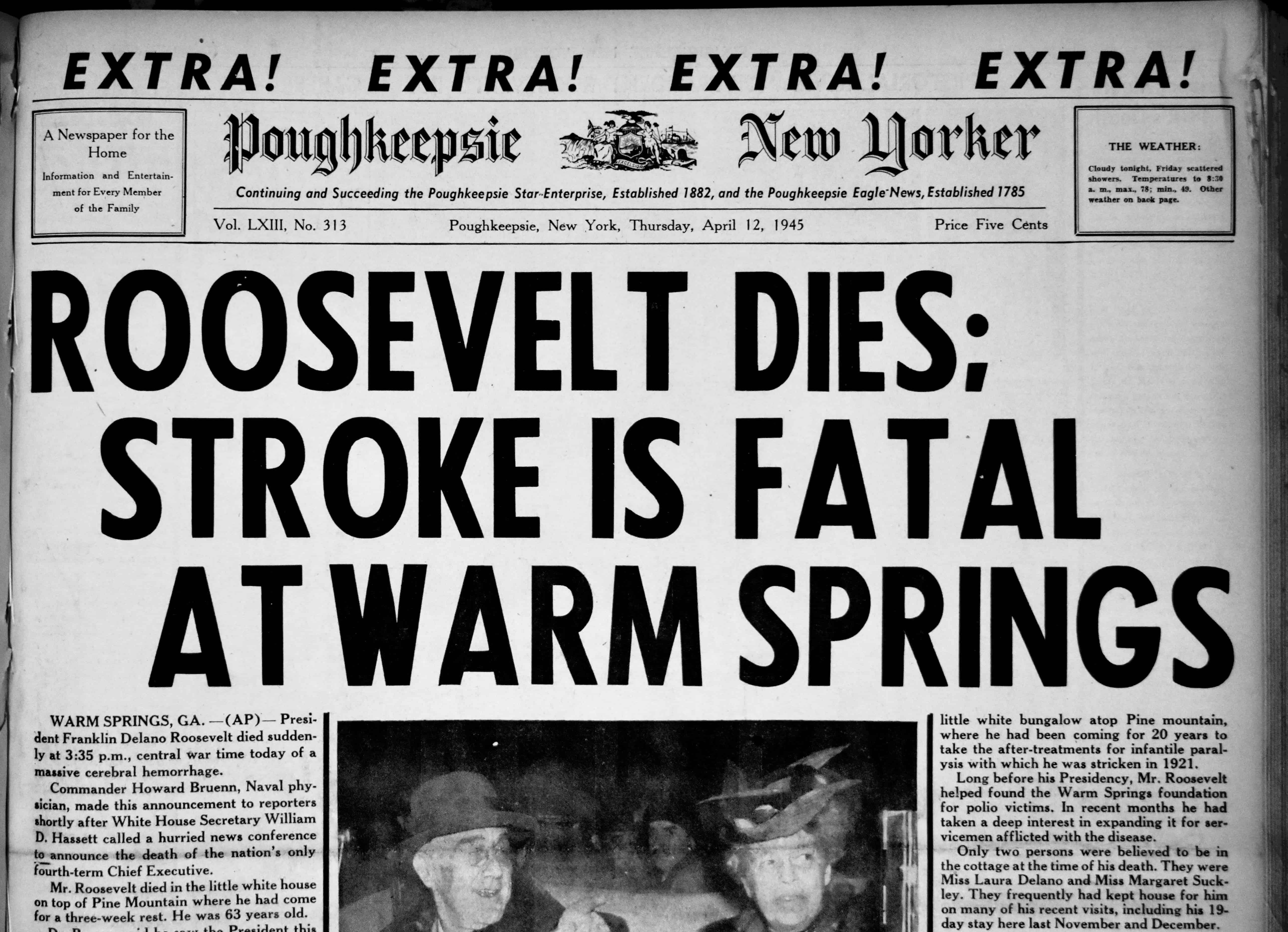 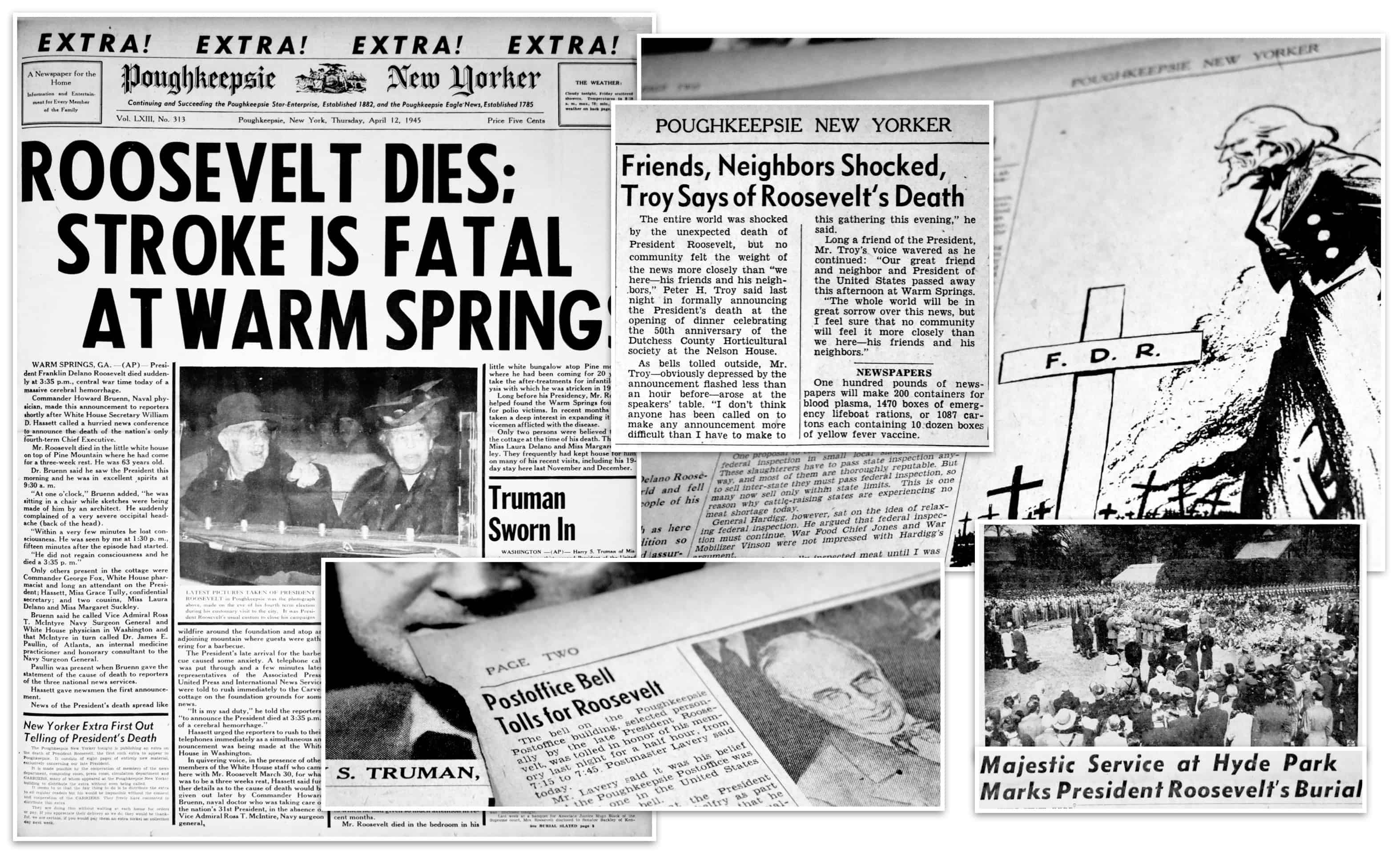