Dutchess County promotes its Wilcox Park as “tucked in northern Dutchess County…a delight to all who venture onto its 615 acres” and goes on to list two lakes, golf, fishing, swimming, paddle and row boats, basketball, bird watching, picnicking, camping, 5 miles of hiking and cross-country skiing.

The history of the park and the family whose name is recognized reflect many classic threads of Dutchess County history: agriculture, forestry, small local farms, large wealthy estates, immigrant founders, cross-generational ambition. But perhaps the most powerful and poignant part of its history, is the personal generosity in response to personal tragedy of the local woman born here in 1893, Irene Kilmer. Later known as Irene Kilmer Wilcox.

The park was a gift of Mrs. Wilcox to memorialize her husband Frederick Peck Wilcox who died in 1942, and their only child, a son named for the father who died eight years later in 1950.Â  Since all decisions related to it as a gift to the public were hers and hers alone, it is worth getting to know the woman herself. 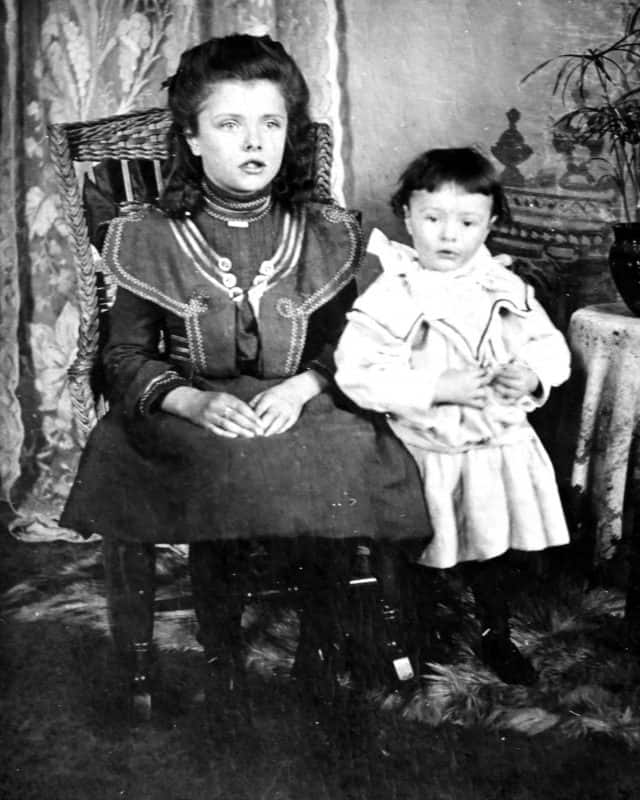 Above: Irene Kilmer, left, and her sister, Genevieve.

Irene Kilmer could lay solid claim to being local. She and her sister, Genevieve, were born in 1894 and 1903 respectively on a farm in Lafayetteville in the town of Milan. Both of Irene’s parents, Norman and Angie, were born with the family name Kilmer. Both were descendants of Simon Kilmer, who was part of a massive 1710 Protestant German Palatine immigration effort endorsed by England’s Queen Anne to stem growing refugee settlement camps around London. Three thousand individuals settled is what today called Germantown, as well as a camp on the west side of the river.

Meant to sustain a large effort creating naval supplies for the British Navy, extracting tar from pine trees, the venture failed quickly. By 1712 several thousand immigrants had to venture out on their own and settle further upstate or locally. Simon Kilmore (or Kilmer) was one of those who remained local. A look at any census of the late 1800s shows an enormous number of Kilmers, who generally moved south and east from what is now Germantown to and through Rock City to Lafayetteville. And beyond. 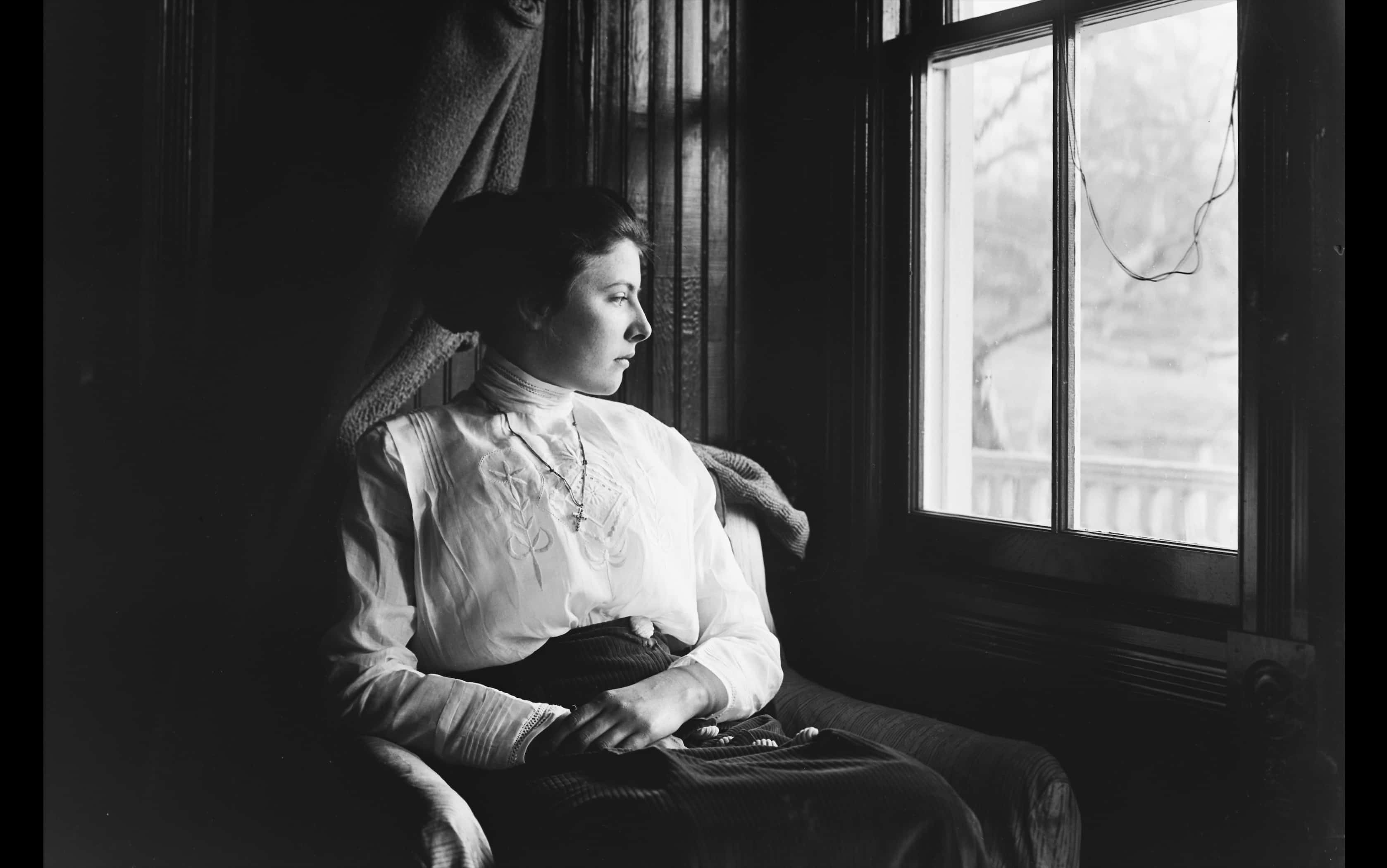 Above: Photograph perhaps just prior to Irene Kilmer’s marriage to Frederick Wilcox. Town of Milan, Archives.

1911: The creation of the Oakdale Estate

The turn of the last century saw the decline of agriculture as an attractive economic proposition for subsequent generations of local farmers. Young people were attracted by salaries in cities and factories. As a result, there was an increasing inventory of vacant, unattended farmland.

At the same time, wealthier individuals, largely based in New York City, were interested in having large estates, and their practice of the buying up adjacent small farms, allowing one big one, became more commonplace across the county.

Mr. Wilcox’s interests were in forestry, rather than farming, and he embarked on an ambitious reforestation project that is very visible today. 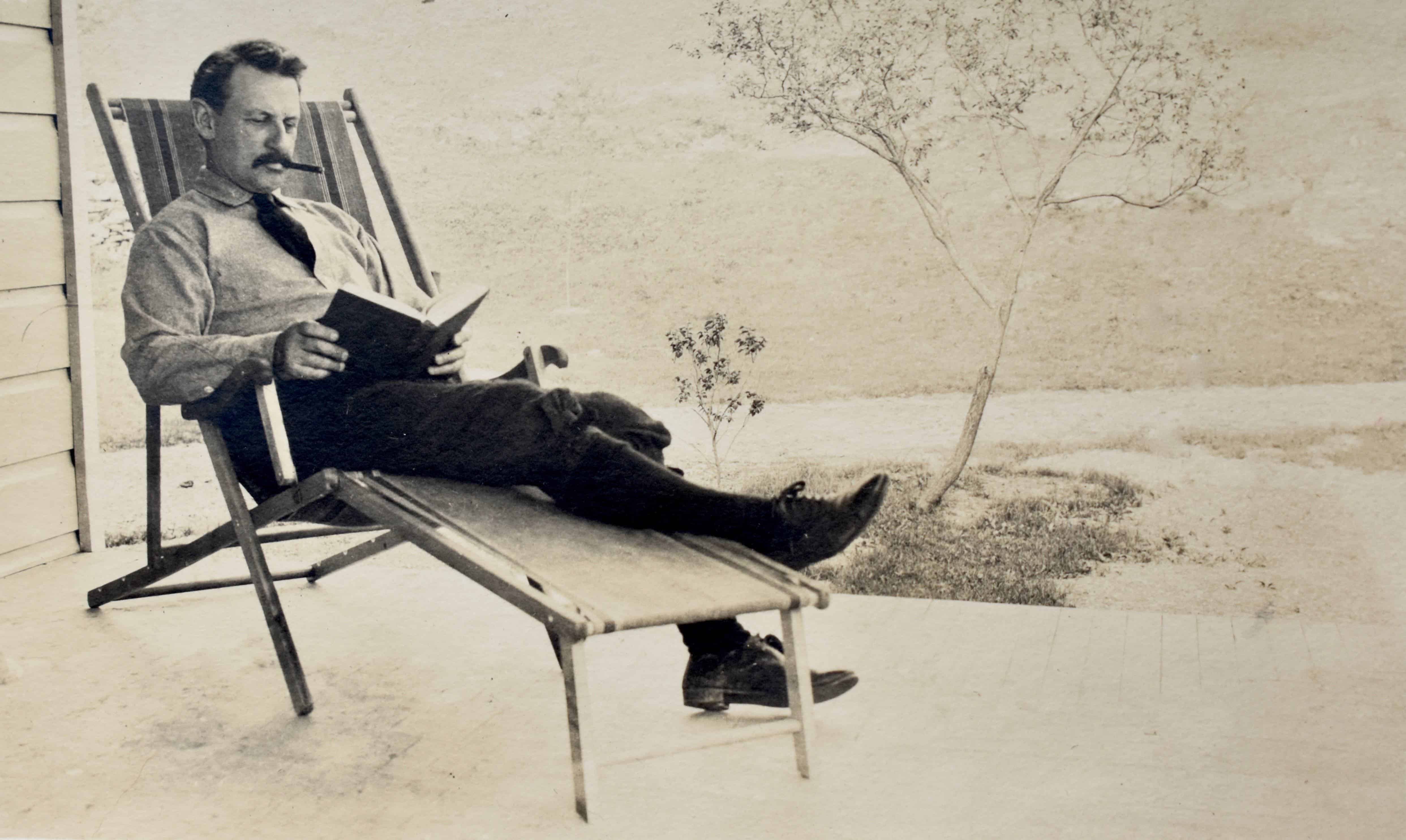 Above: Frederick Peck Wilcox sought tranquility and forestry later in life in piecing together his Oakdale Estate. Town of Milan, Archives. 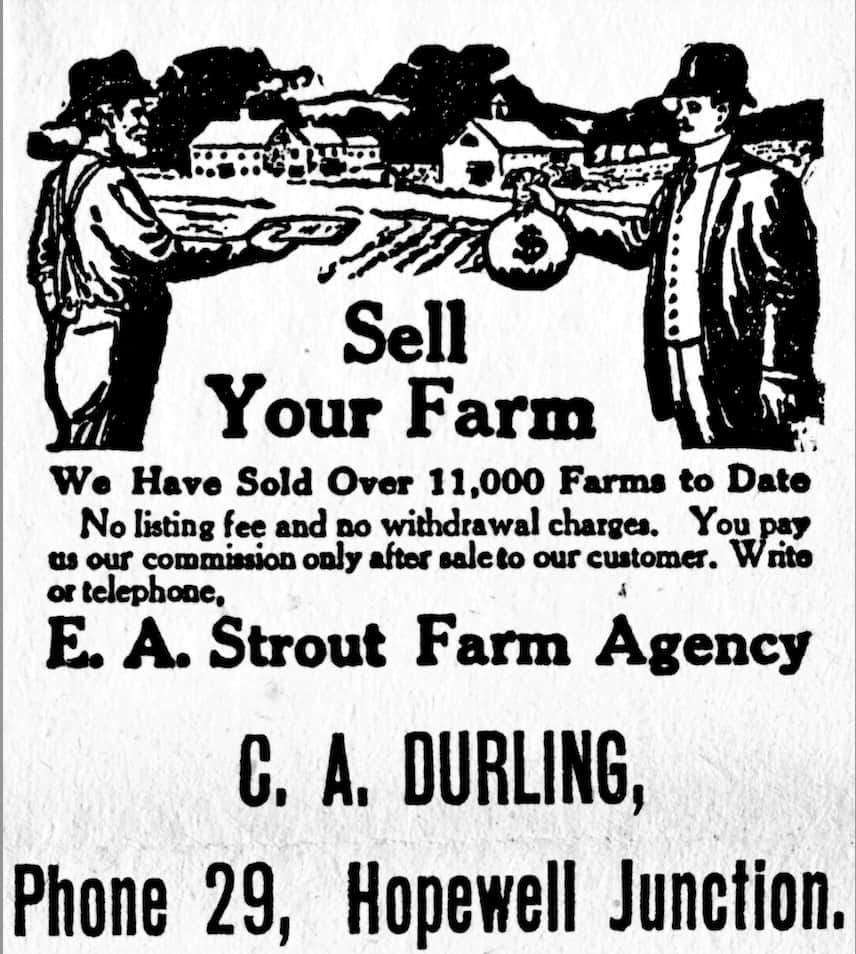 Above: Ads in the local newspapers at the time reflected the financial realities facing farmers. 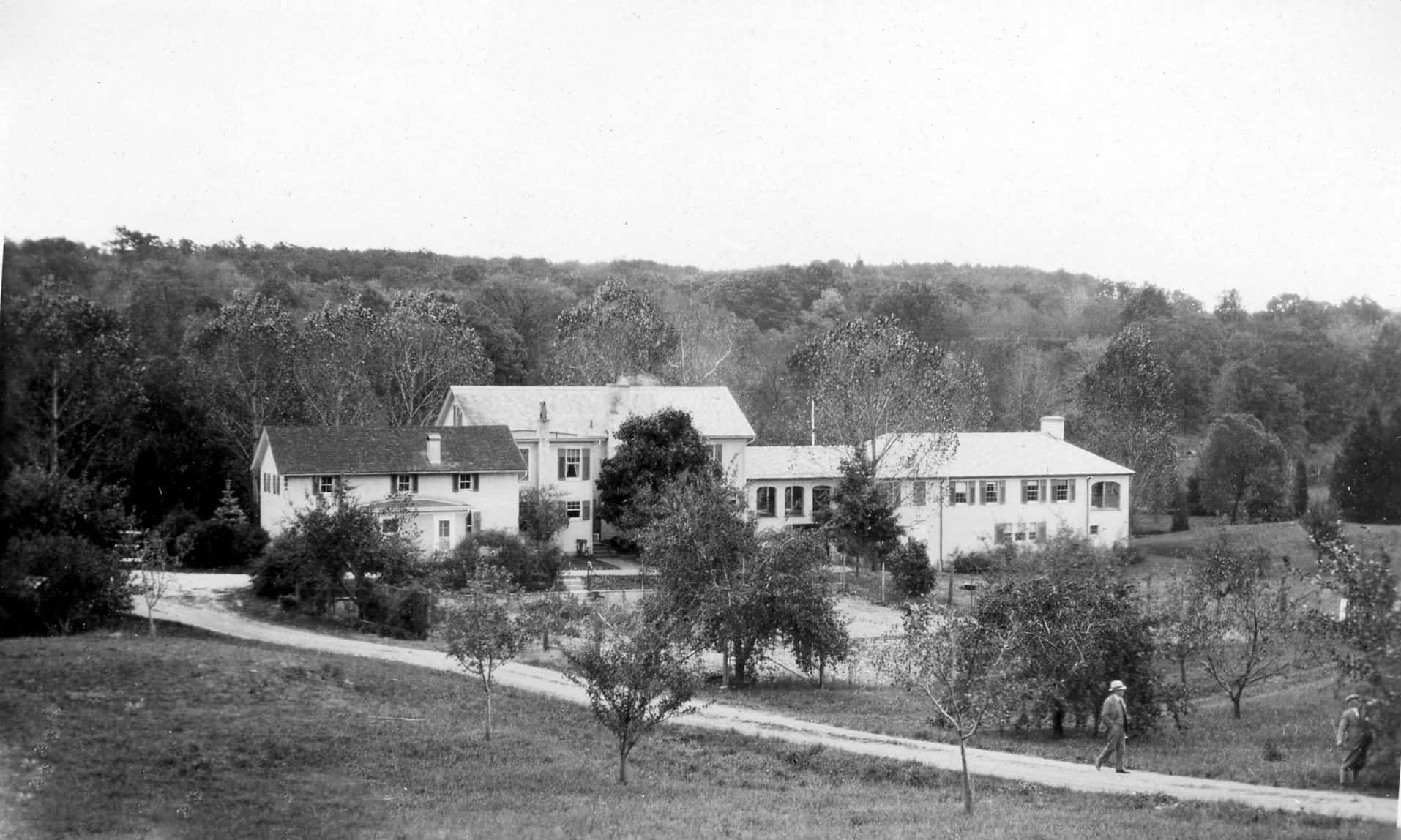 Frederick P. Wilcox was born in Meriden CT., the son of Dennis Coburn Wilcox (see photo). Dennis Wilcox and his brother invented a new technique for silver plating that would revolutionize that business, making them among the wealthiest men in the United States. Dennis Wilcox worked his way up from street peddler to be worth an estimated $5 million in the 1870s. The family’s Meriden Britannia Company had offices in Connecticut and at Union Square, New York City. Dennis and his respectable society wife, Mary Peck Wilcox, had an apartment on the Upper West Side of Manhattan.Â  Dennis Wilcox took his own life in 1886 after losing money in speculation.

The Wilcox family business was eventually bought by the International Silver Company with Frederick Wilcox’s cousin as president. 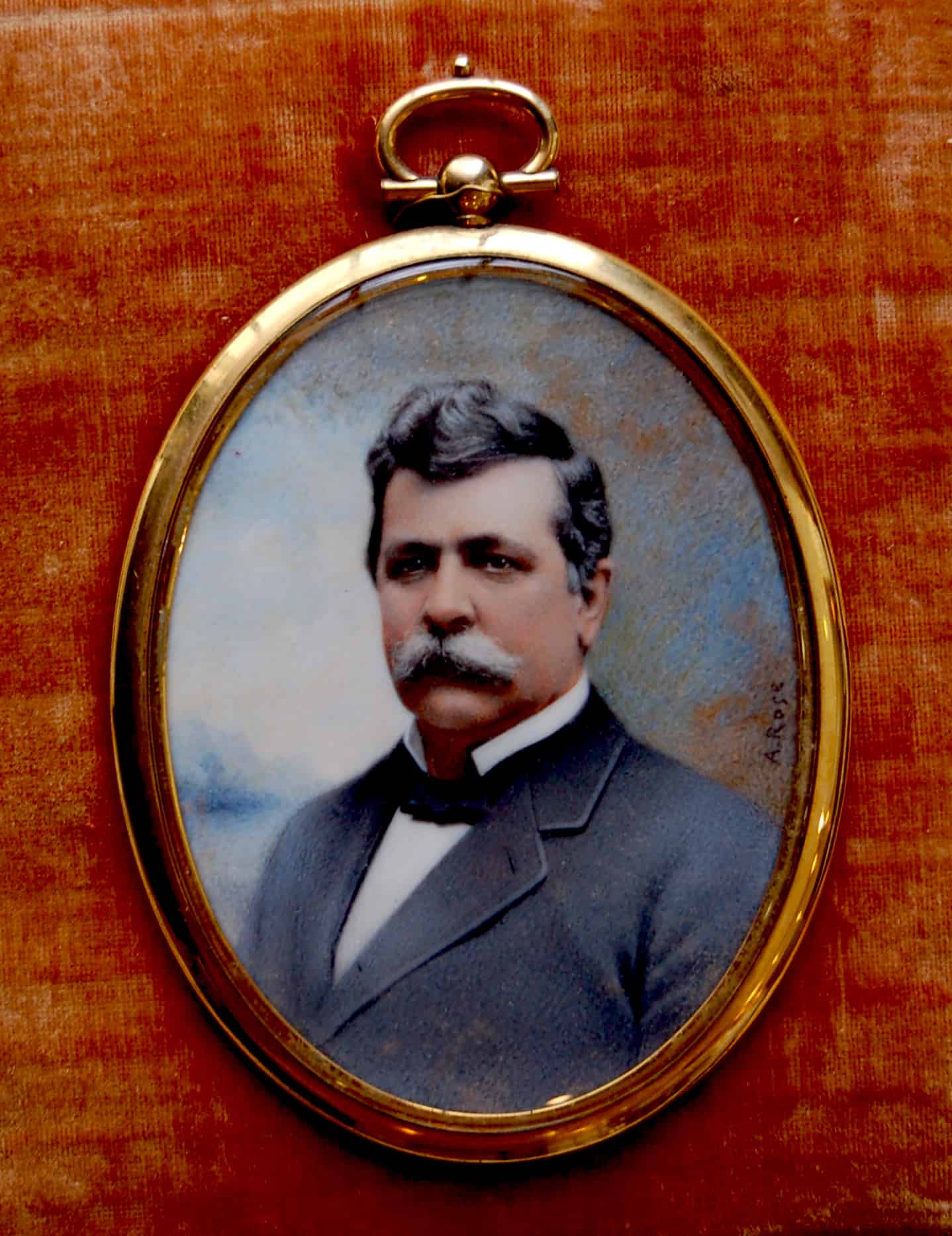 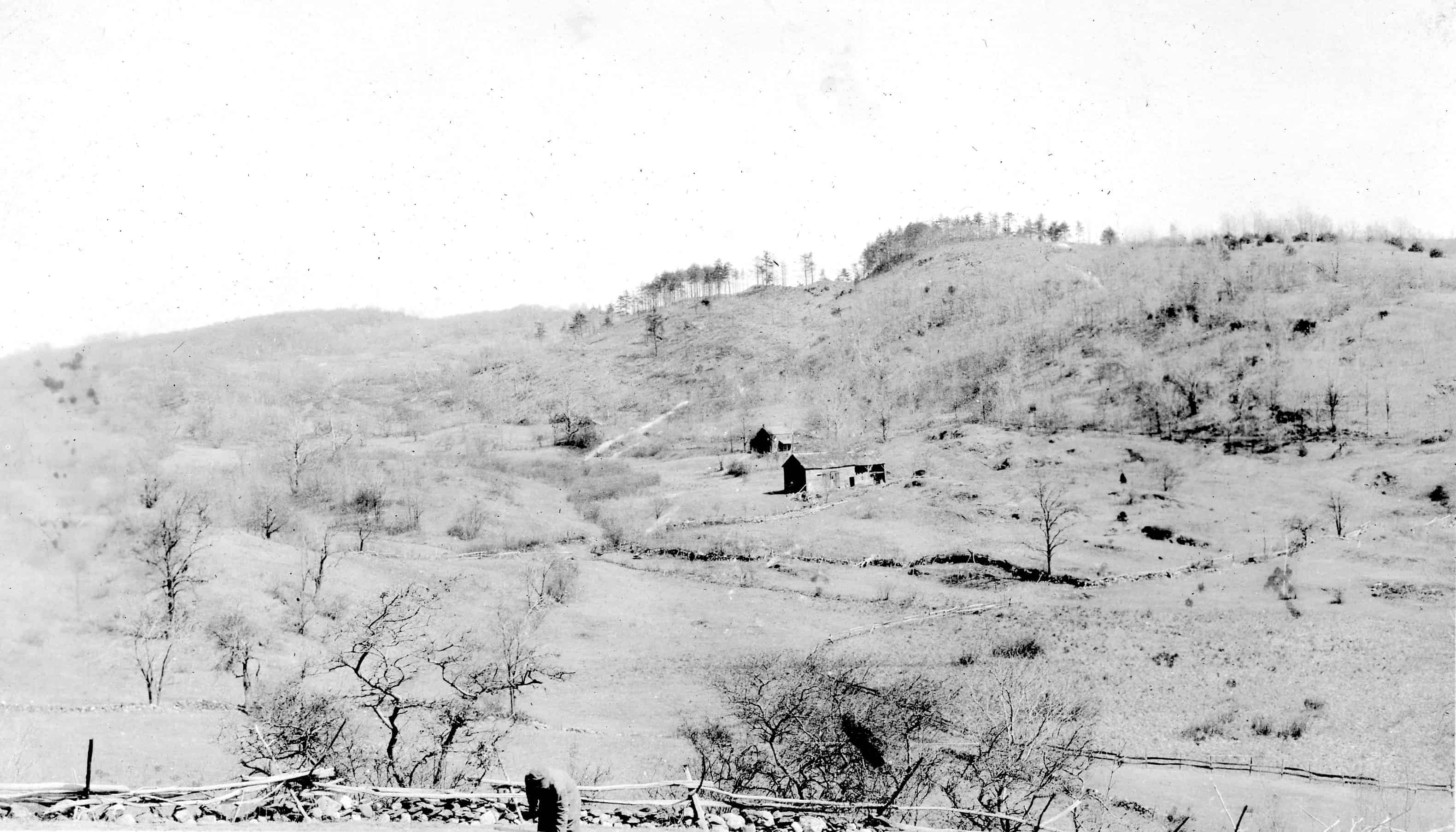 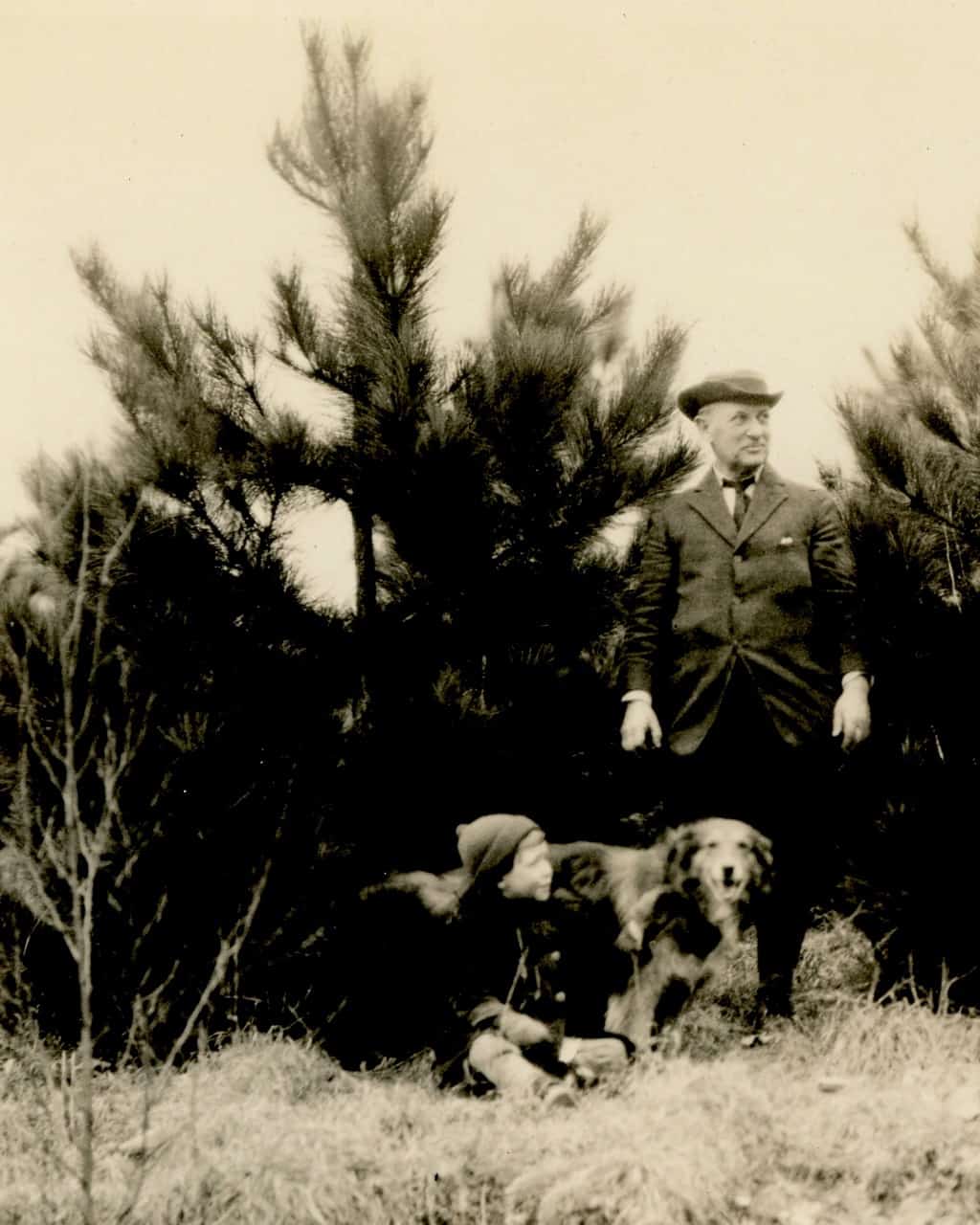 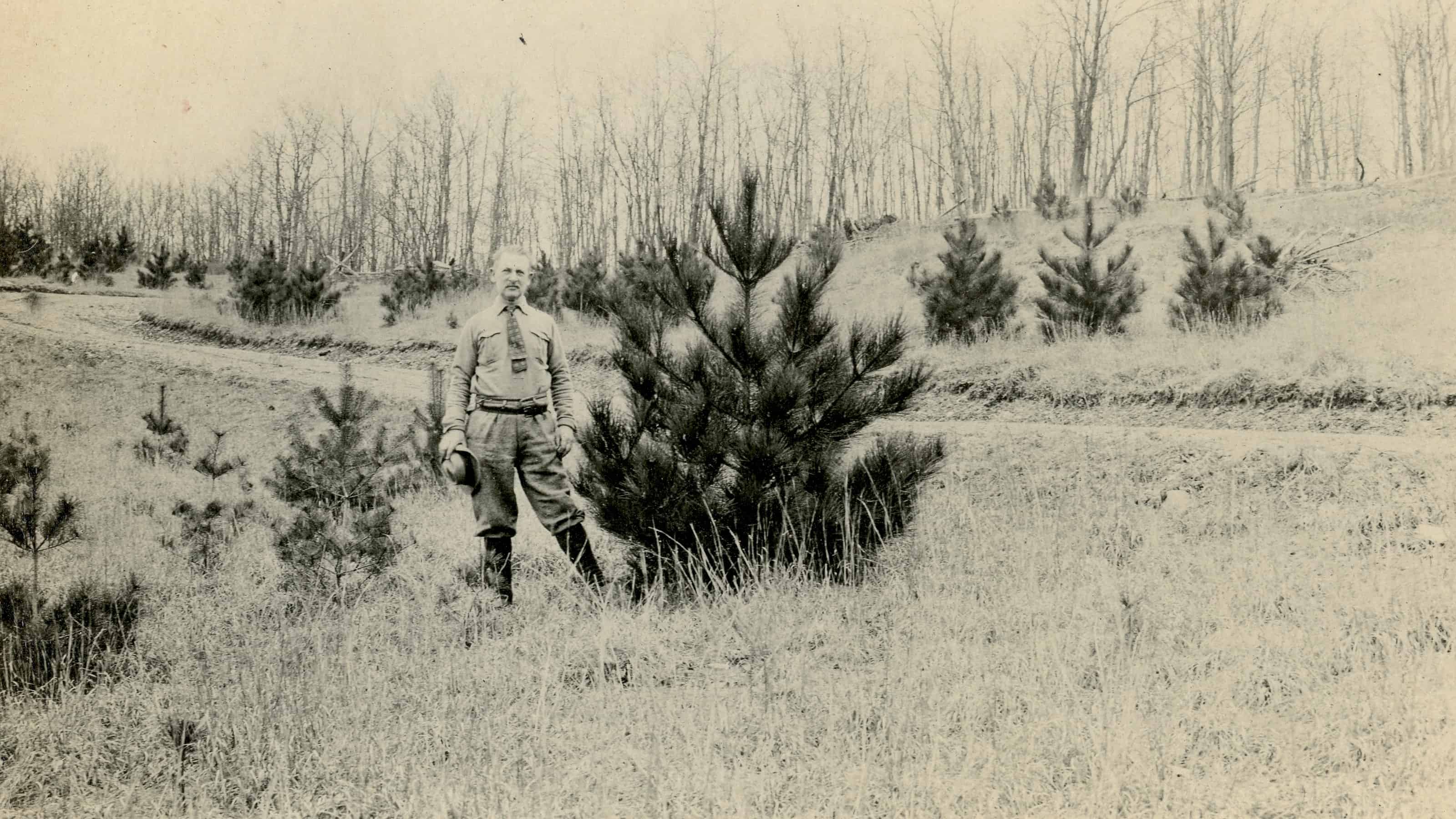 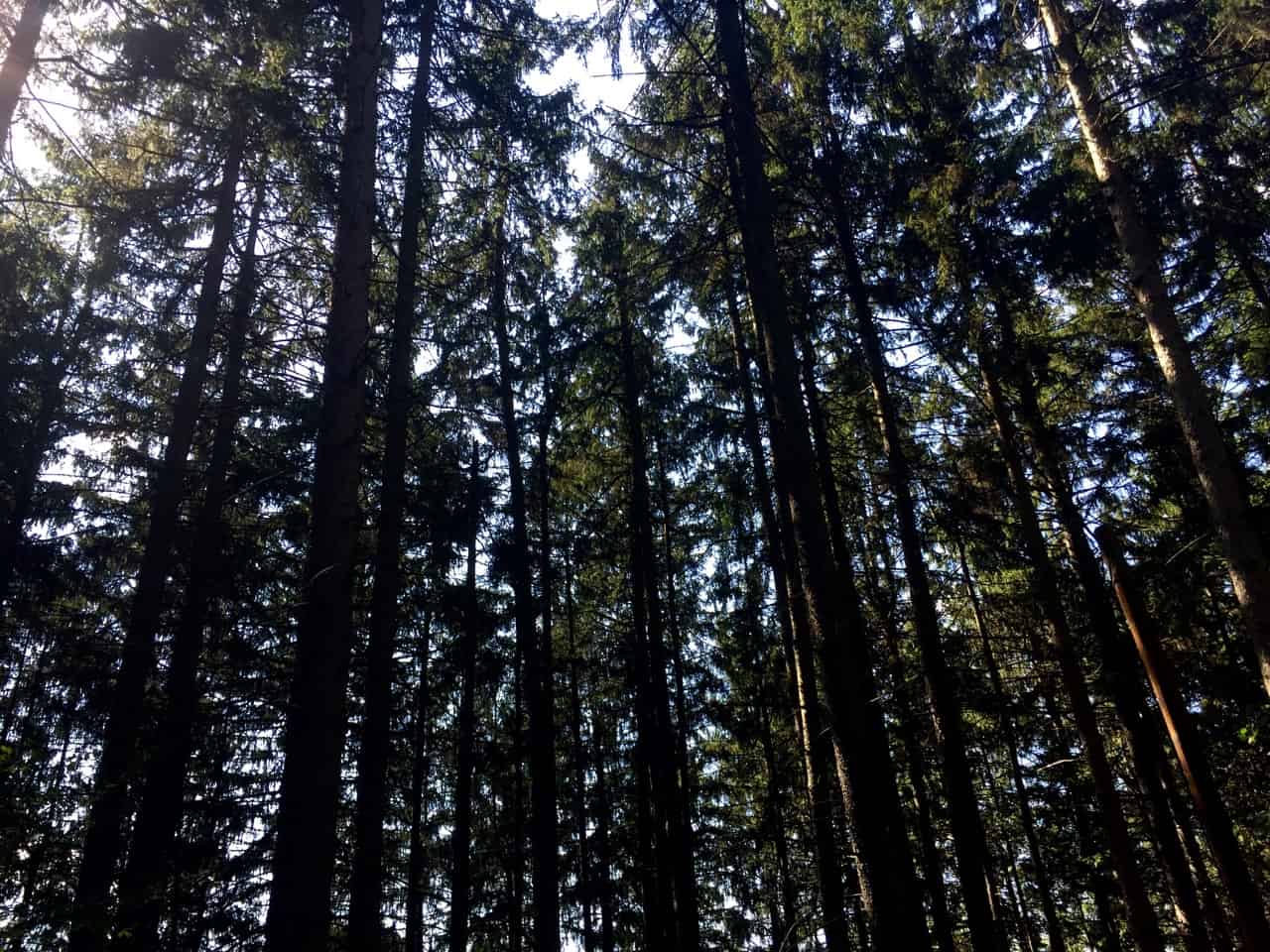 The success of the reforestation efforts of both Frederick Wilcox, Sr. and Jr., can be seen today. 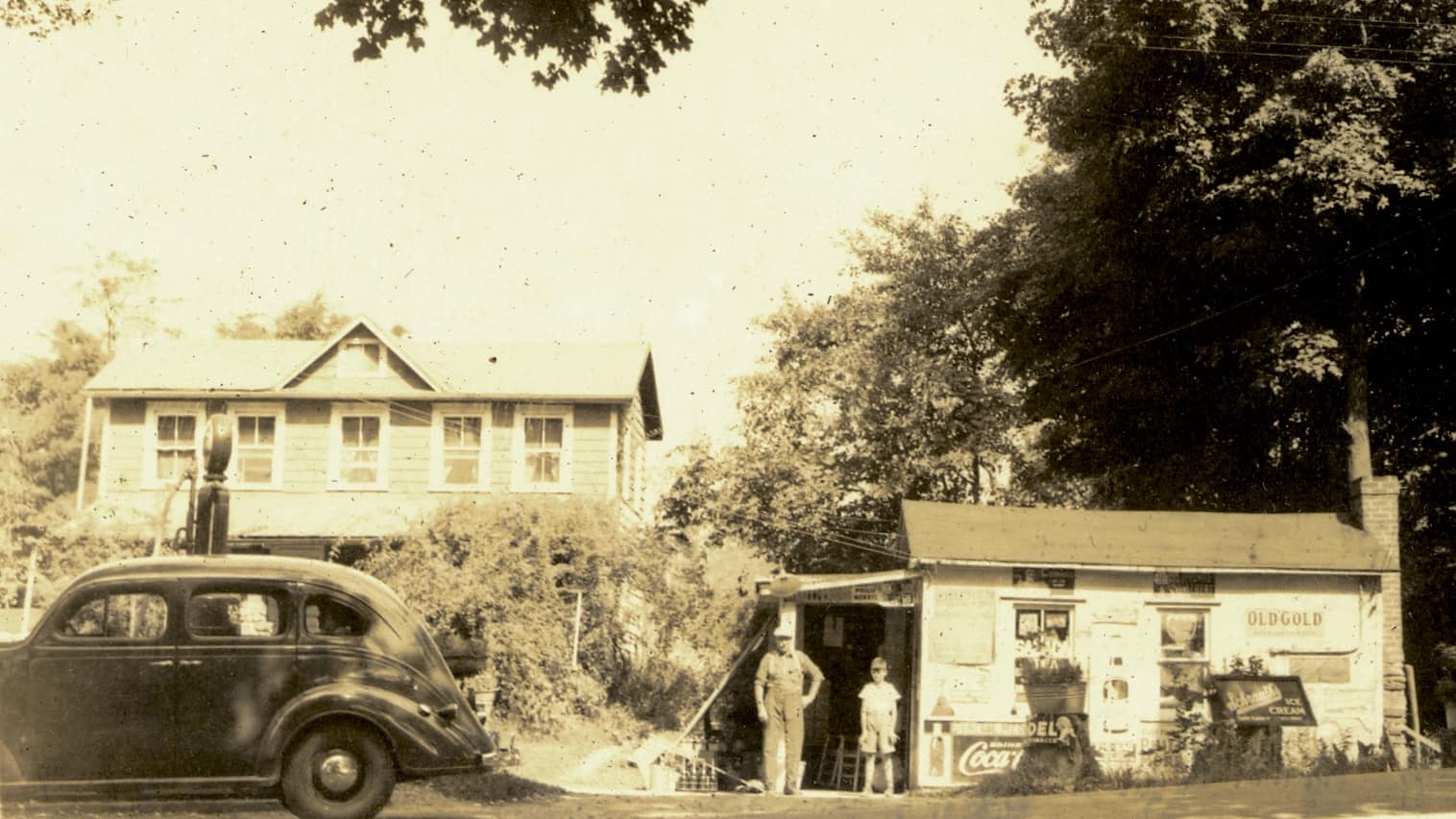 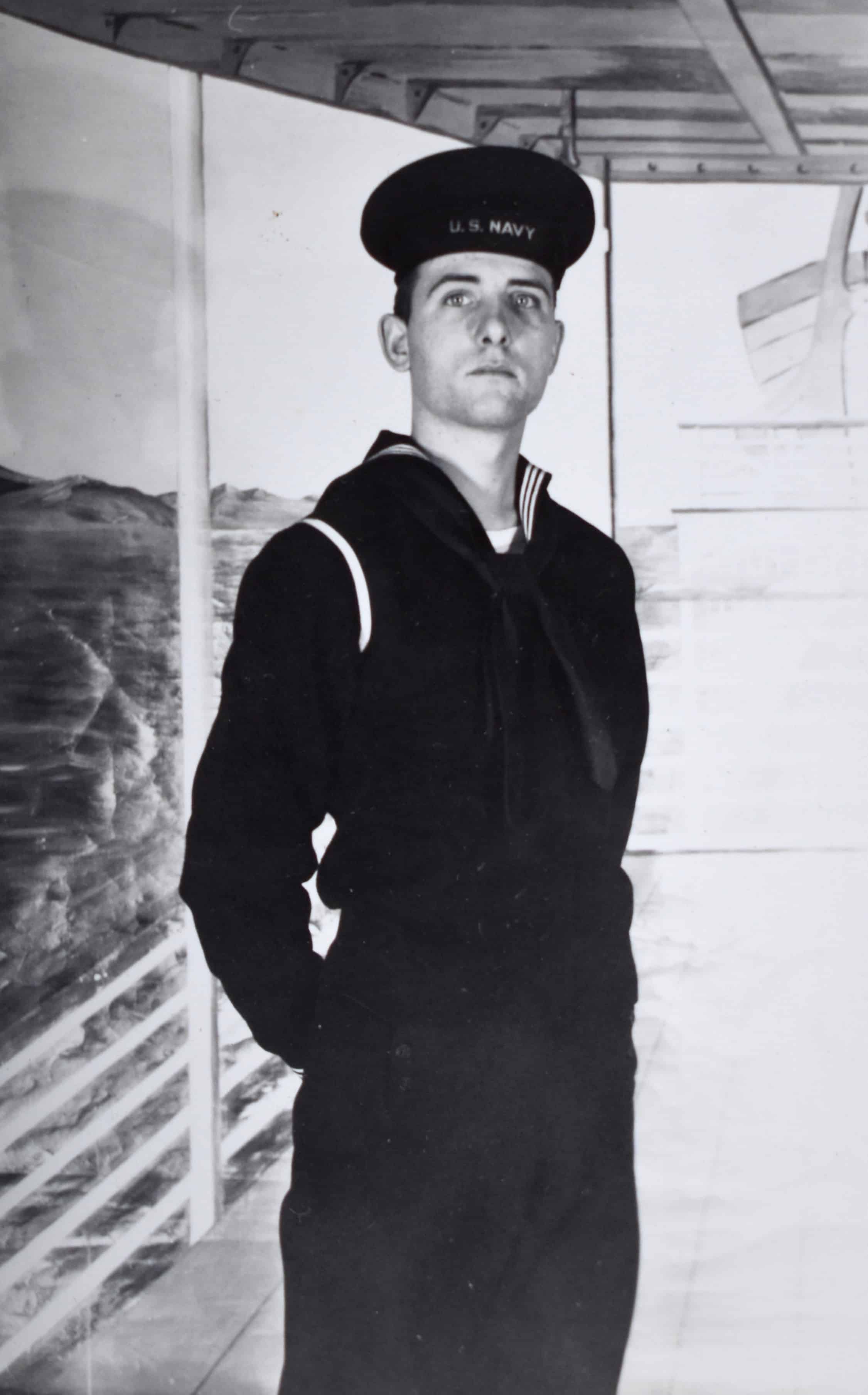 Top: Frederick, Jr., at the nearby shop in Lafayetteville as a child. Just above: in the Navy. Right. With his plane, and mother.

Frederick Peck Wilcox, Jr. was born in 1927.Â  “Junior,” as he was called, was a popular kid around Lafayetteville. He attended the one-room school house and would hang out at the local store. When his father died in 1942, the son’s strong interest in forestry helped sustain the work at Oakdale. He had won a state prize while in High School on the subject. The son graduated from Pine Plains High School in 1947 and entered the Navy in 1948. HeÂ loved to pilot his private plane.

Tragedy struck when, at home on leave from the Navy, while piloting his treasured small plane on a routine run between their farm and Poughkeepsie, the plane crashed and Fred, Jr. was killed. He was 24.

Thus, in a very short time, Irene Kilmer Wilcox lost her husband and son. Yet Mrs. Wilcox response over the subsequent decades was one of enormous generosity. 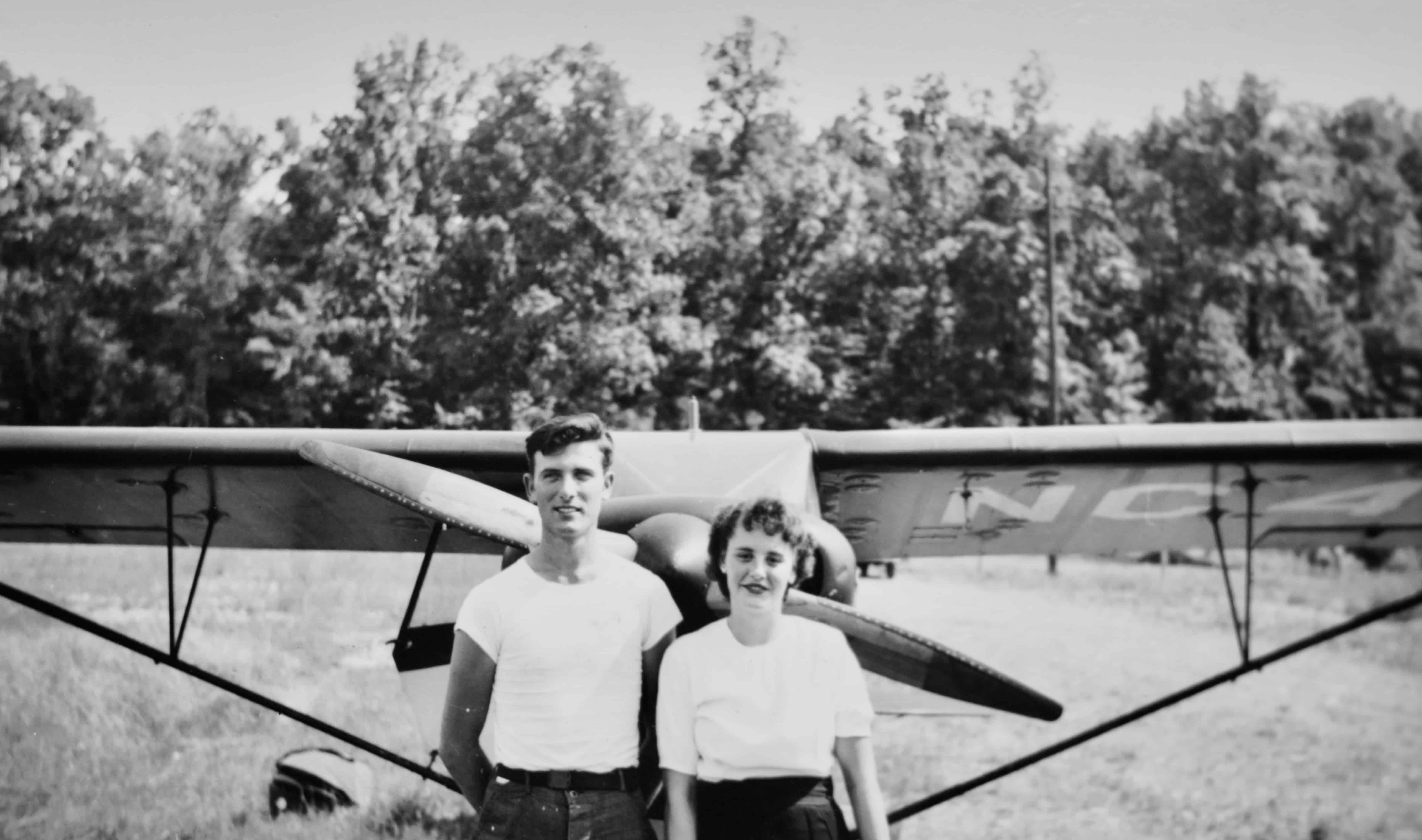 The Other Legacies of Irene Kilmer Wilcox

After taking some time to get her bearings, Irene Kilmer Wilcox decided to disperse her estate while she was alive.

In a series of planned, sequential events, Mrs. Wilcox sold the 615 farm to the county for a nominal $40,000; she in turn used that money to buy the land and build the Wilcox Memorial Town Hall you see today. The building serves as Milan’s Town Hall, Justice Courts, and most important to Mrs. Wilcox, a community center and hall that is available for Milan residents to use.

Additionally, she funded the restoration of the 1838 Rowe Methodist Church, building a basement and foundation in the 1960s that literally secured its future. The Rowe Church Parsonage was also renovated, and an endowment was created to support scholarships which remains to this day. She established endowments that fund the upkeep of cemeteries and support local firefighters to this day. She gave an endowment to the Town of Milan for the upkeep of the Town Hall.

Mrs. Wilcox asked for the design of the new Town Hall to reflect the classic architecture of the 1838 Rowe Church and parsonage. Thus, perhaps more coincidentally than by design, the descendants of two German Palatine immigrant families, the Rowes and the Kilmers, left classic buildings facing each other: one secular, one religious. Both gifts to the community. 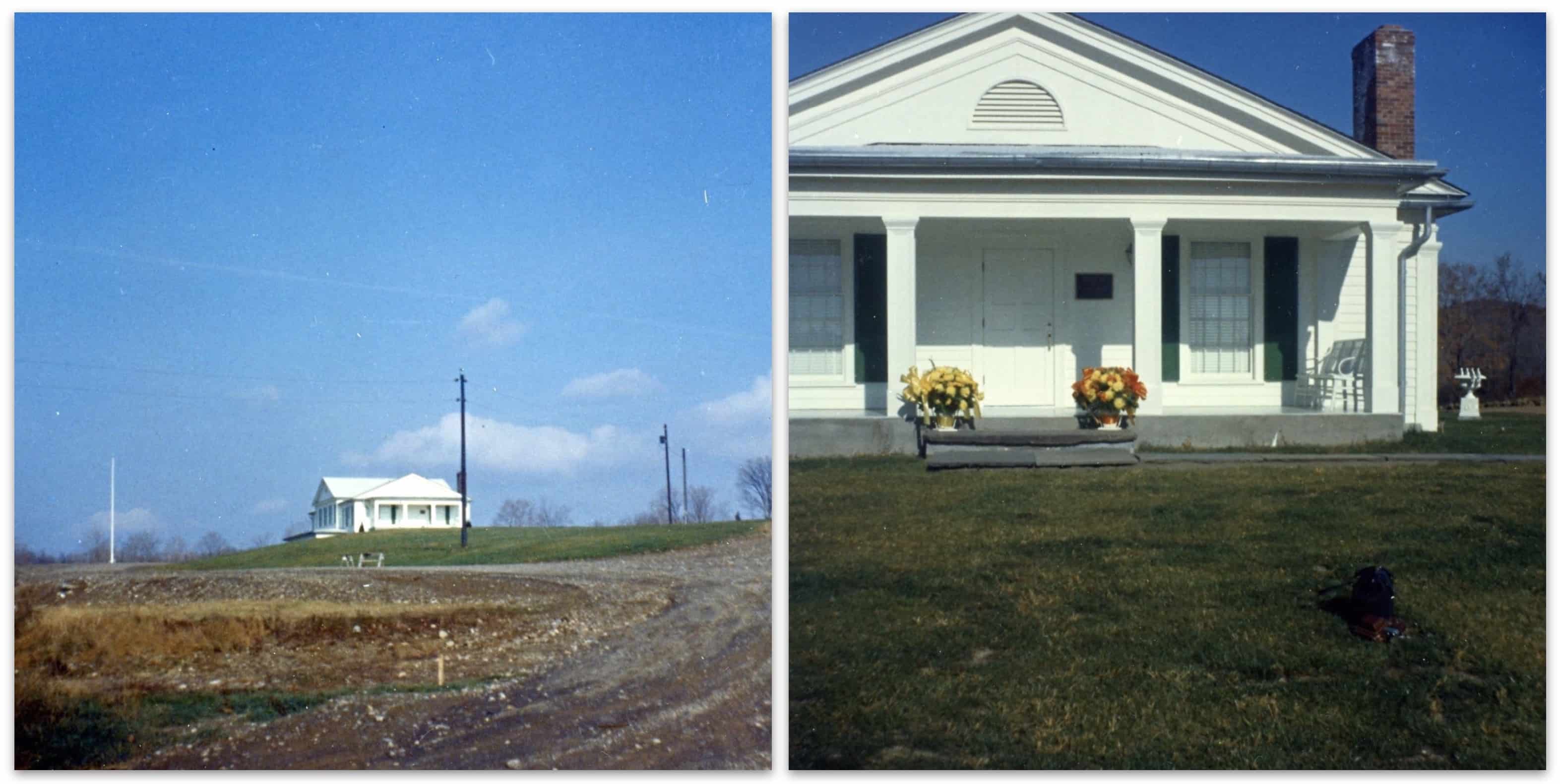 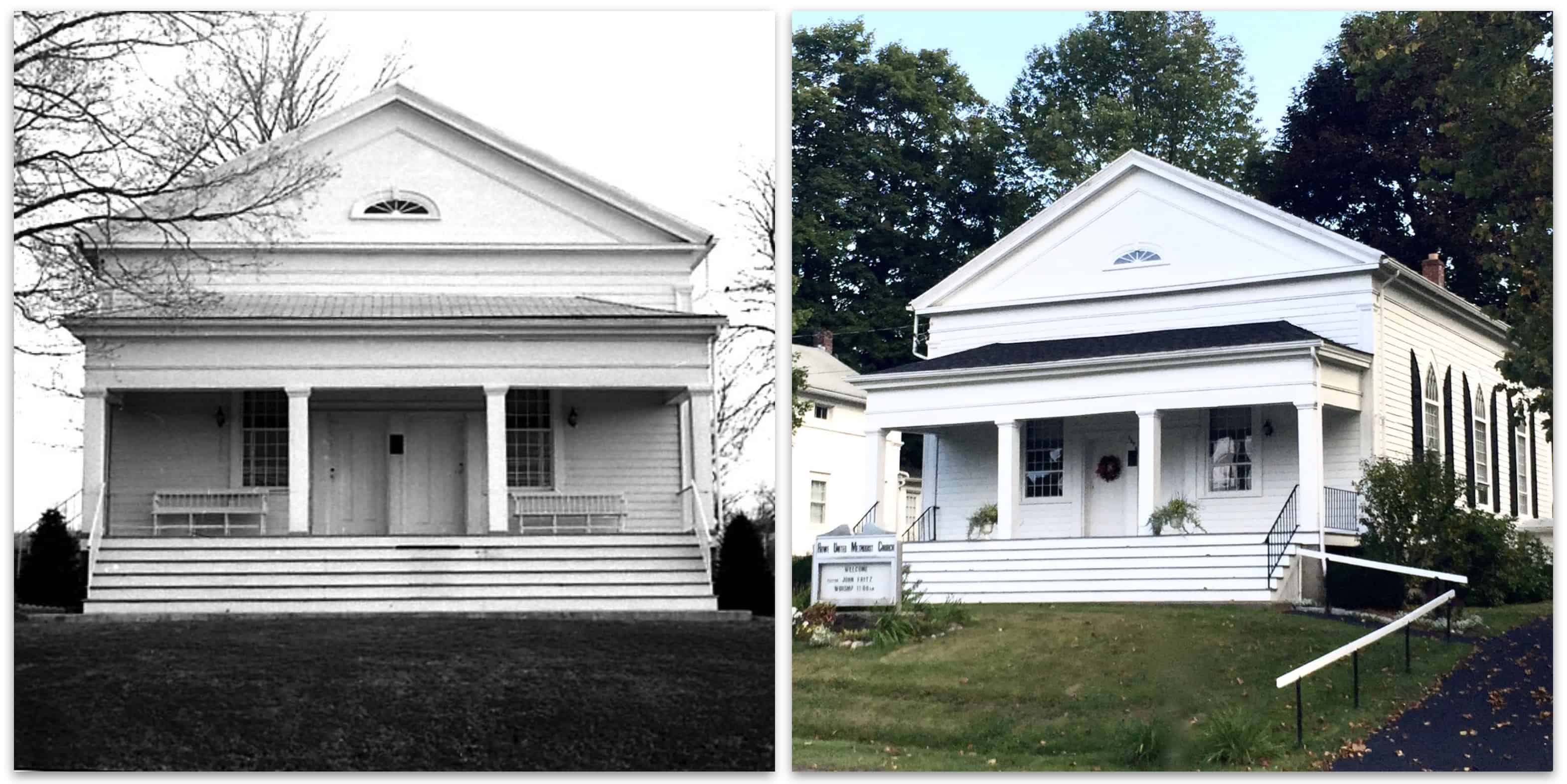 Johannes Rowe purchased the 911-acre “Lot 22” of the Little Nine Partners patent November 2, 1760.Â  That is the exact month and day of Irene Kilmer’s birthday in 1894.

Although named for her husband and son, the county park reflects the motivations and values of the woman, born Irene Kilmer, who died in 1977, and her many ties to the centuries of settlement in the area. 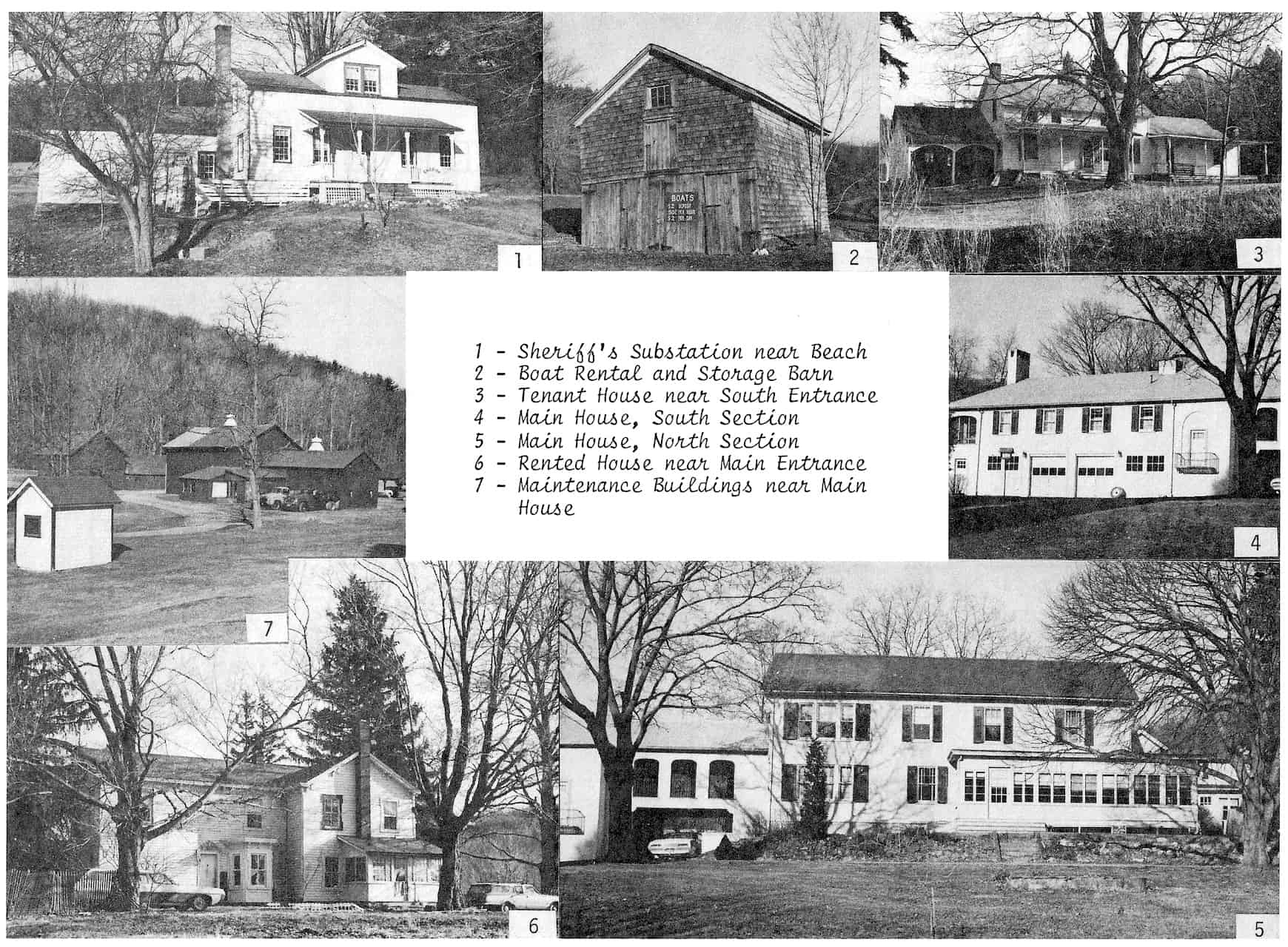 jump: Top of This Page
Posted in For everyone, Towns