Skip to content
Jump to: THE CIVIL WAR BATTLE AT AVERASBORO with Michael Boden

The Civil War Through Civilian Eyes
by Bill Jeffway
A version of this article appeared in the August 25, 2021 issues of the Northern/Southern Dutchess News / Beacon Free Press

The recent talk by DCHS Trustee and Dutchess Community College Professor of History, Dr. Michael Boden, “The Civil War Battle at Averasboro: Through the Eyes of the Men Who Fought and Died There,” offers a vivid, personal view of the March 16, 1865 North Carolina battle. You’ll find it at the bottom of this page.

As a counterpoint, here, we look at the same days and weeks through the eyes of a civilian woman in Poughkeepsie. Mary Hawley was 79 years old when she started a diary in January of 1865. (DCHS Collections).

Born in 1786, she grew up on the New York shores of Lake Champlain, across from Burlington, Vermont. She mentions that her father regularly took her out to watch the sunrise. Most entries describe the range, beauty, power or implication of that day’s sunrise or sunset, with references to the solstice or equinox.

By 1833 she had moved near Galveston, Texas, with her husband, Anson Hawley of Connecticut who died in 1842. By every measure, Mary Hawley seems to have led a happy and contented life in Texas, until the war came.

In July of 1860 she fled to Poughkeepsie for what she thought would be a few months. But by March 2, 1861, Texas seceded and the Civil War was only beginning. Mary became acquainted with Poughkeepsie in 1823 after her sister married Poughkeepsie’s Steven Cleveland, a high profile lawyer who held important positions such as Village Mayor and Master of Chancery. 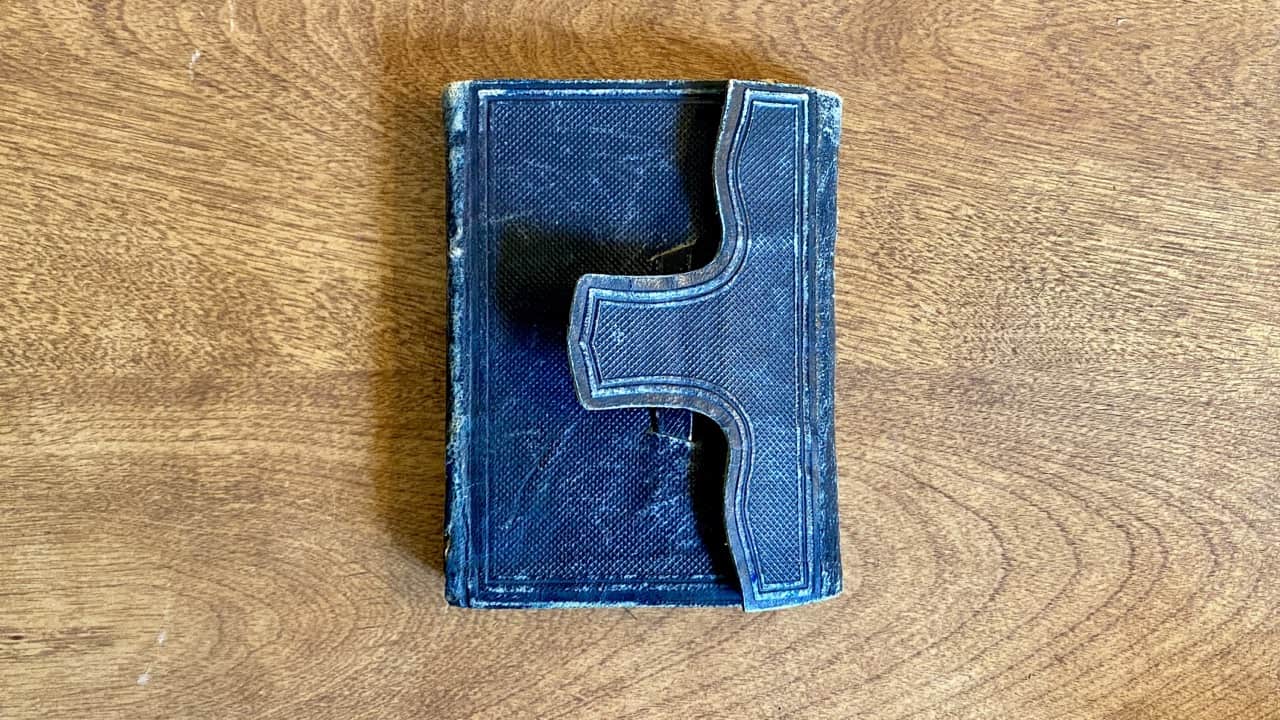 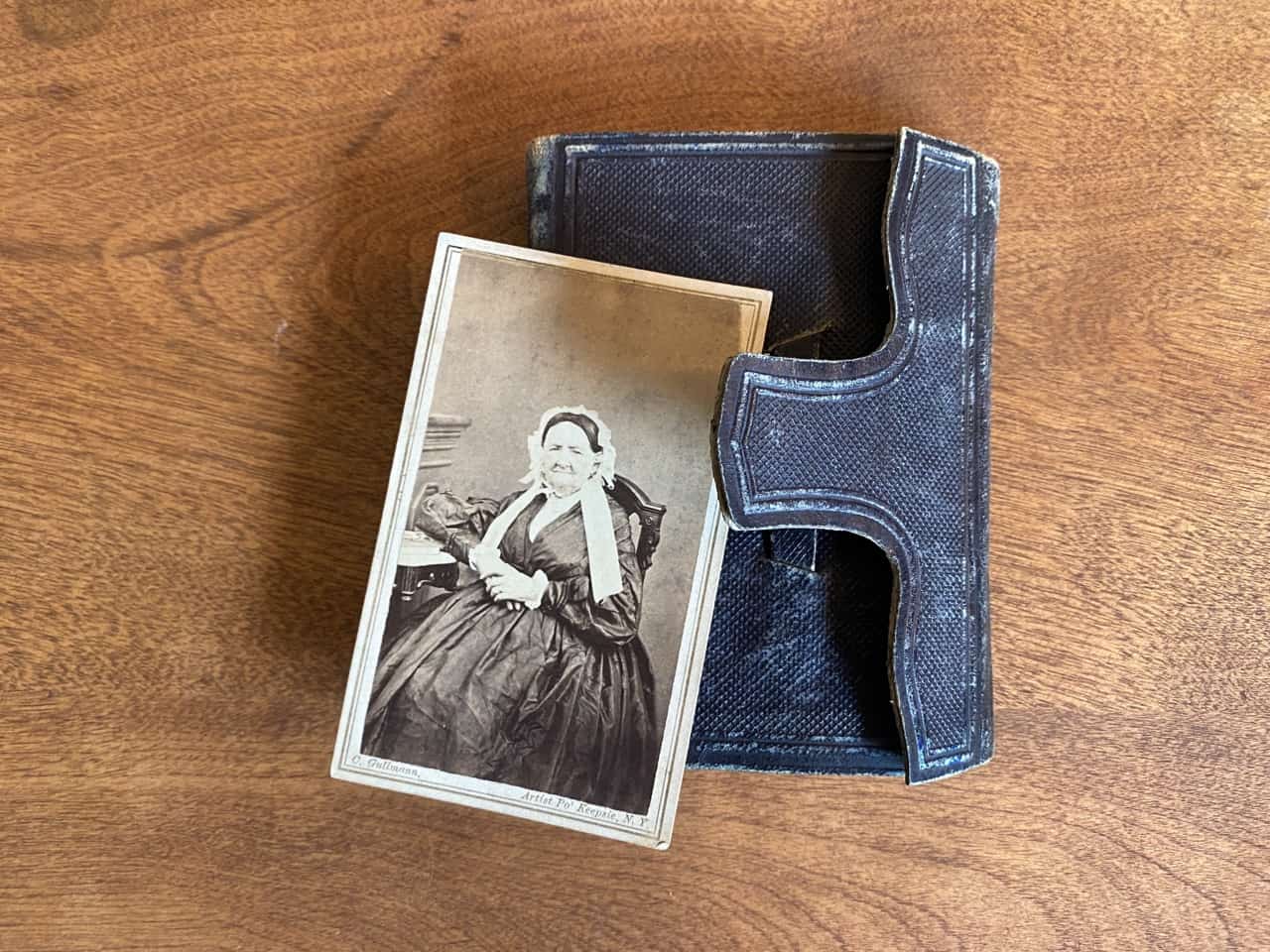 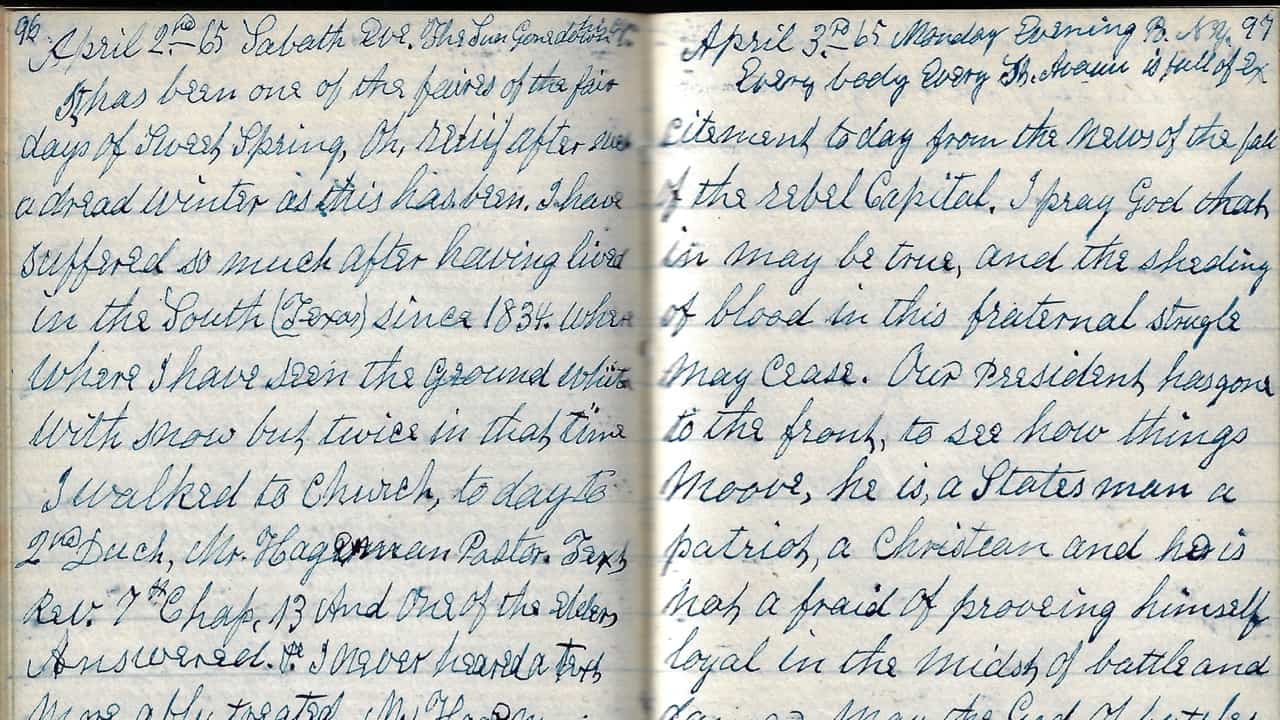 “January 2. Happiness is reserved for the return of peace, to our beloved country, when brother shall no longer be in a hostile array against brother, father against son and son against father. I am weary of national dissension.”

“January 5. My pitcher of water is frozen every morning and before I get to my towel bath, my hands are entirely without feeling.”

“January 7. Oh when shall I again listen to the sweet carol of the bands of feathered songsters in Texas? The mocking bird. Red bird. Red wing blackbirds are all tuning their notes in Texas.”

“January 13. Our news today is hopeful, the southerners are weary of war and waste, are about to form a convention to push out Jeff Davis and elect a new president to make peace and a return back to the Union.”

“January 17. We heard salutes fired up town a short time ago and Miss Whitney just put her head in my door to tell me the news. Fort Fisher [in North Carolina] is taken. Surely the Lord is on our side.”

“January 23. My chamber is without fire. I have just sat down to make my daily mark, which I may look over in future times when things are not so sad and gloomy.”

“January 27. I have just returned from calling on our neighbor [Mrs. Ostrom] across the way. Her husband is in the Army. She has three daughters, one is a widow with three little orphans. Their father died more than a year ago fighting for his country.”

“February 2. The fairest Candlemas [Day] I ever remember. It is said, “So far as the sun shines on Candlemas Day, so far will the snow blow before the first day of May.” So we are promised plenty of snow. [Author’s note: Our Groundhog Day has roots in ancient pagan and Christian rites on the date mid-way between the winter solstice and spring equinox].”

“February 13. I left Texas [in 1860] with the certainty of returning the same fall; but no, the Rebellion has stopped all intercourse and I am suffering everything from cold and necessities.”

“March 20th. Today the draft for soldiers is going on. God grant that this may be the last call for our peaceful citizens to leave their peaceful homes.”

“March 3. The band of Eastman’s College have started for Washington to take part in the inauguration of our President [Lincoln].”

“March 17. Last night we had the most terrible blow with rain, the equinox, blew down fences, barns, shook and removed some homes, carried away all our telegraphic wire so we have no news from Sherman.”

“April 15. The news is at 2 pm that the President and Secretary Seward are both dead. Everybody here is aroused. Some [are aroused] to mourning, weeping, and others rejoicing. One man with his wife has been shut up in jail with some others for their jubilant rejoicing.Â  I have been busy all day packing and [then] unpacking my trunk. Yesterday’s news was so favorable after the surrender of General Lee that I thought I might start back to Texas in a week or so. But now, alas, no.”

“May 18. Went to Ladies Relief Society carrying double shirts and socks and got 14 shillings cash which relieves me a little in my destitution. The prospect still looks dark in Texas.”

“June 13. The streets were crowded with our returning soldiers, thronged with the multitude collected from all parts of the surrounding country to greet them with a hearty welcome.”

“July 31. Monday 11 am. I feel disheartened about our prospects in Texas. They still hold on to slavery which will cause trouble until they yield to the powers-that-be. [Author’s note: You will recall that the new national holiday, Juneteenth, marks the June 19, 1865 arrival of Federal Troops at Galveston Bay, which enforced the Emancipation Proclamation which had been ignored in Texas up to that point.]”

[Author’s note: the months of August and September are consumed by Mary Hawley’s attempts to find funds to get back to Texas, which she finally secures].

“October 12th. Thursday evening at sea. Thursday is beautiful. Clear with breeze from the south. But, oh, I am so sick I can scarcely hold my pen to make my mark.” “October 13. Passenger on [steamship] Gen. Sherman. Floating on ocean.”

Prior to writing this article, we had not established what happened to Mary Hawley. But have just discovered the following from the New Orleans Times Picayune of November 7, 1865: “Death of a Texas Matron. Mrs. Mary Hawley, Age 79 years, died on board the steamer General Sherman, on the voyage out from New York, and was buried at Key West Florida]. She was among the early immigrants to Texas, having been a resident of Liberty County as early as 1833.”

THE CIVIL WAR BATTLE AT AVERASBORO:â€¨Through the Eyes of the Dutchess Countyâ€¨Men Who Fought & Died There

Posted in For everyone, Poughkeepsie, Veterans