You will see that in 1898 the Pine Plains Register was using the words yellow journalism to distinguish its own reporting from other’s. Fred Knickbocker served in the Spanish American War in Hawaii. Perhaps ending up with a longer and more exotic experience than he may have initially imagined, he was part of actions that brought Asia Pacific possessions like the Philippines, Guam, and in a separate transaction not related to Spain, Hawaii, to the US. This exercise examines how different newspapers at the time might have influenced his perceptions of the national motivation for war. 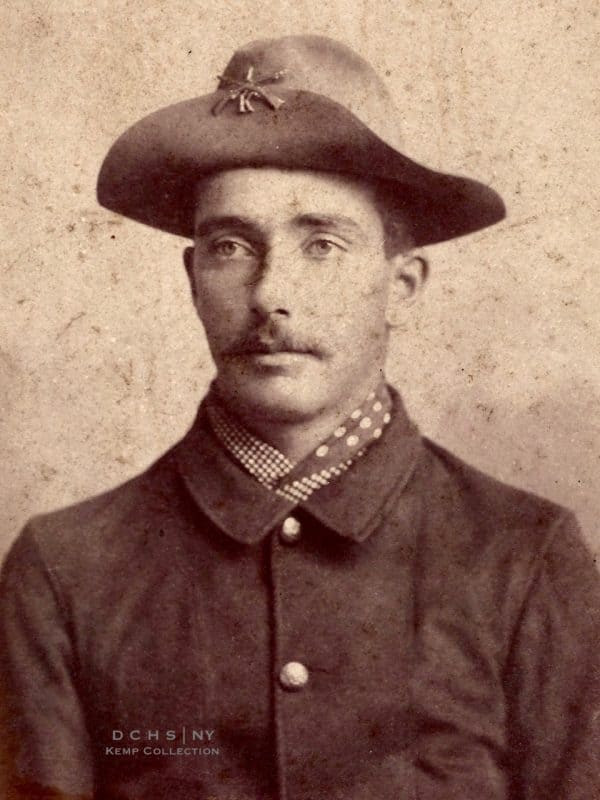 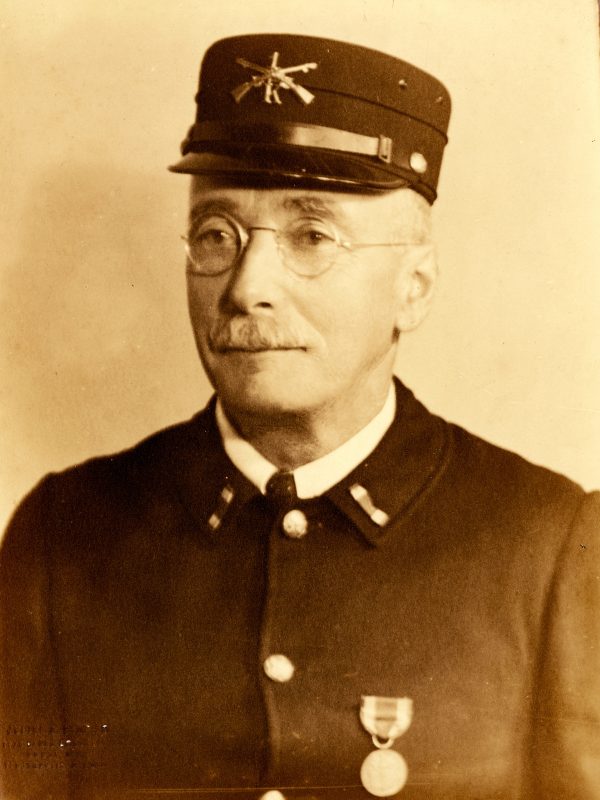 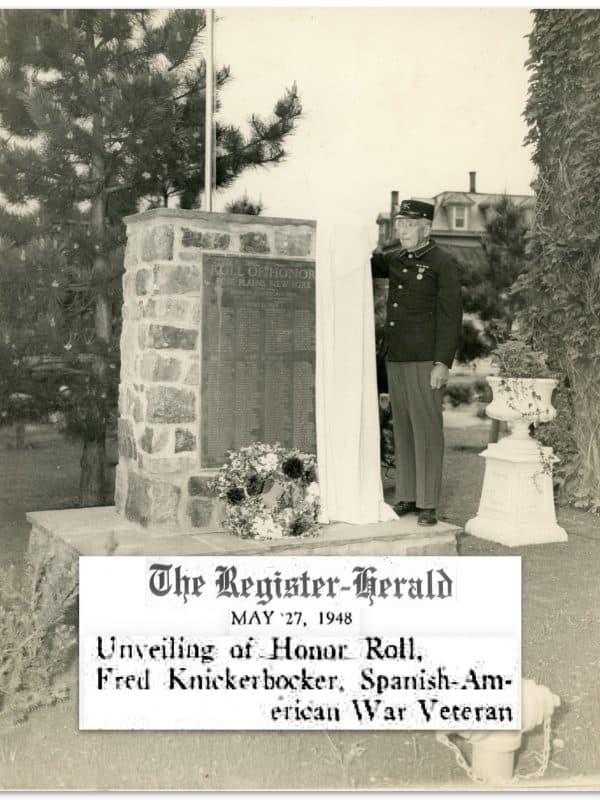 National Motivations for the War with Spain:

This is an exercise to try to come to some sort of understanding of how Fredâ€™s understanding of what he was embarking on as a journey by enlisting in the US Military at wartime, and why, could have been influenced by the news of the day, which at the time was only newspapers.

After reading Fred’s first letter home after enlisting, right, then read and compare how Joseph Pulitzer’s The World first covered what became the declared rationale for the war, the destruction of the USS Maine. And local coverage through the Poughkeepsie Daily Eagle and Pine Plains Register.

You will then be asked to answer the six questions.

Above: The first stop for Fred is the Morgan House in Poughkeepsie, the reading room and exterior is shown in the photo. It is the beginning of a journey that would take him to Long Island, San Francisco, Honolulu and Hilo, Hawaii — and back. 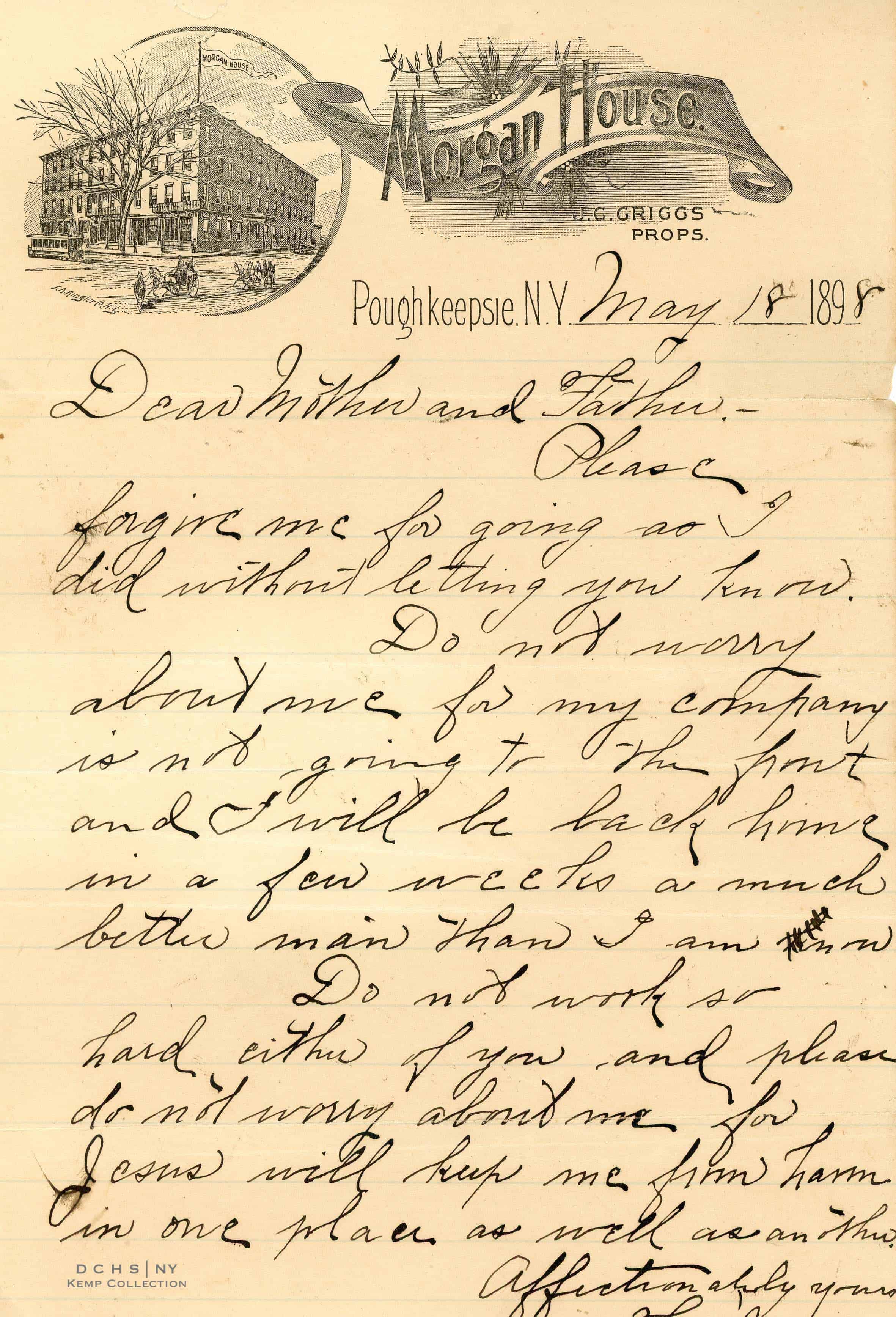 
After giving your name and email, please write three or four sentences for each question.

For context from DCHS Collections:

Fred was a very good amateur photographer. Two of his photos were published by the popular national magazine Leslie’s Weekly. Many of the enlisted men may never have left Dutchess County prior to service. Imagine what they, or familes home in Pine Plains, though about such an “exotic” experience. 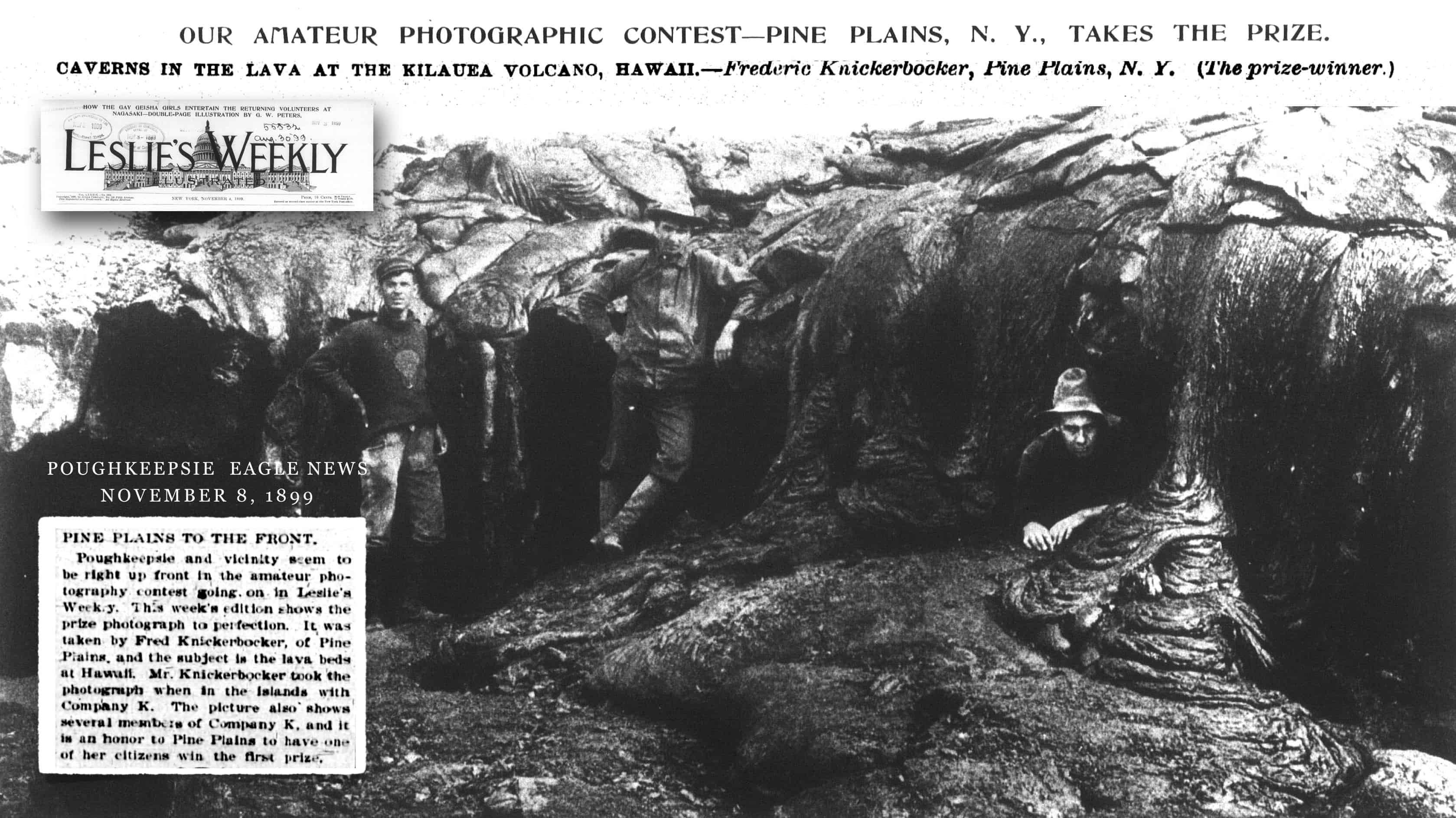 Posted in For everyone, Teaching, Towns, Veterans