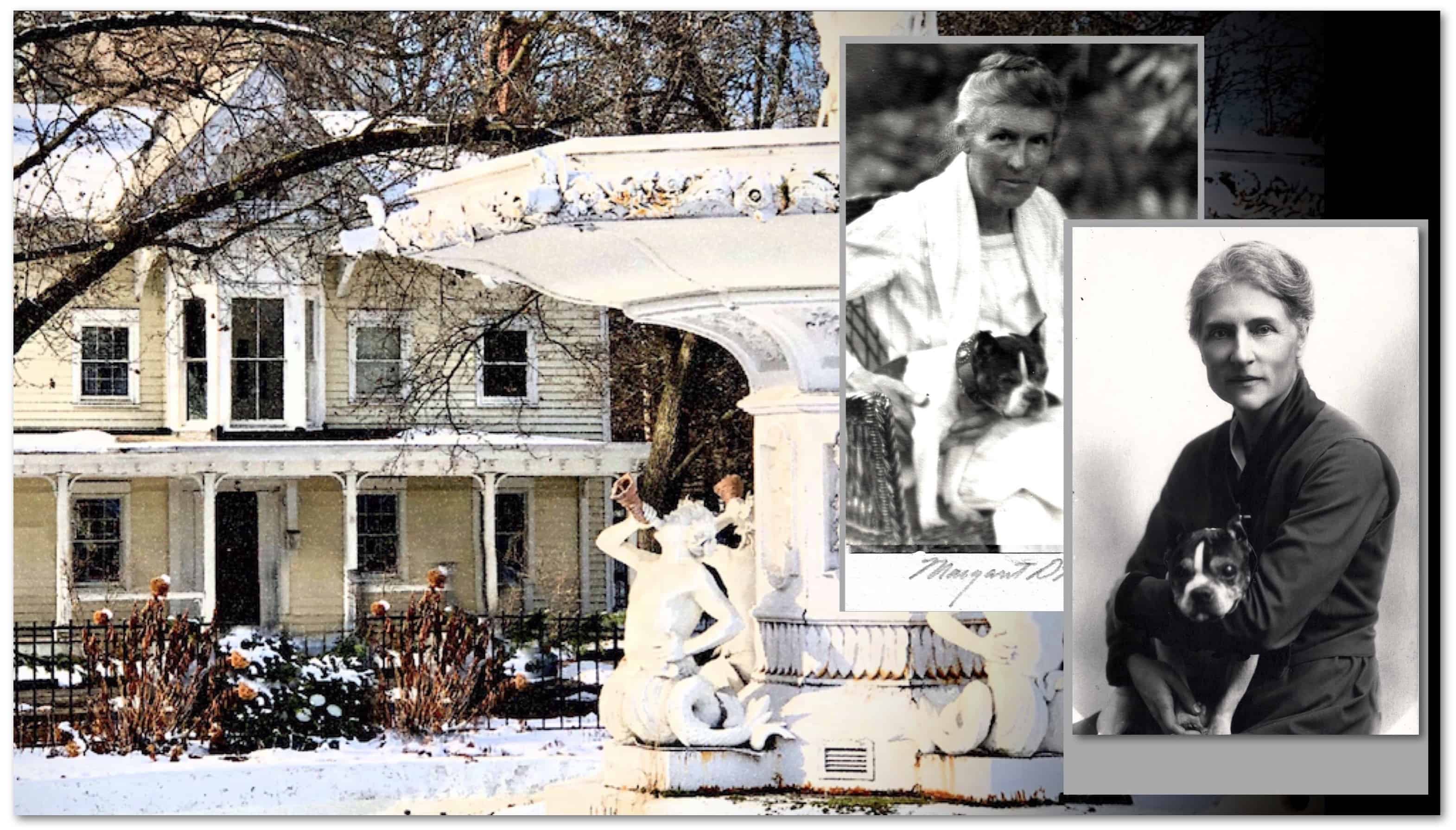 Vassar Professors Laura J. Wylie (above at left) and Gertrude Buck (above at right) hosted many gatherings in favor of women’s suffrage and other social justice and educational issues at their home at the fountain. With their beloved dog. Wylie and Buck photos by Margaret DeMott Brown, DCHS Collections. Contemporary photo by Bill Jeffway, 2019. 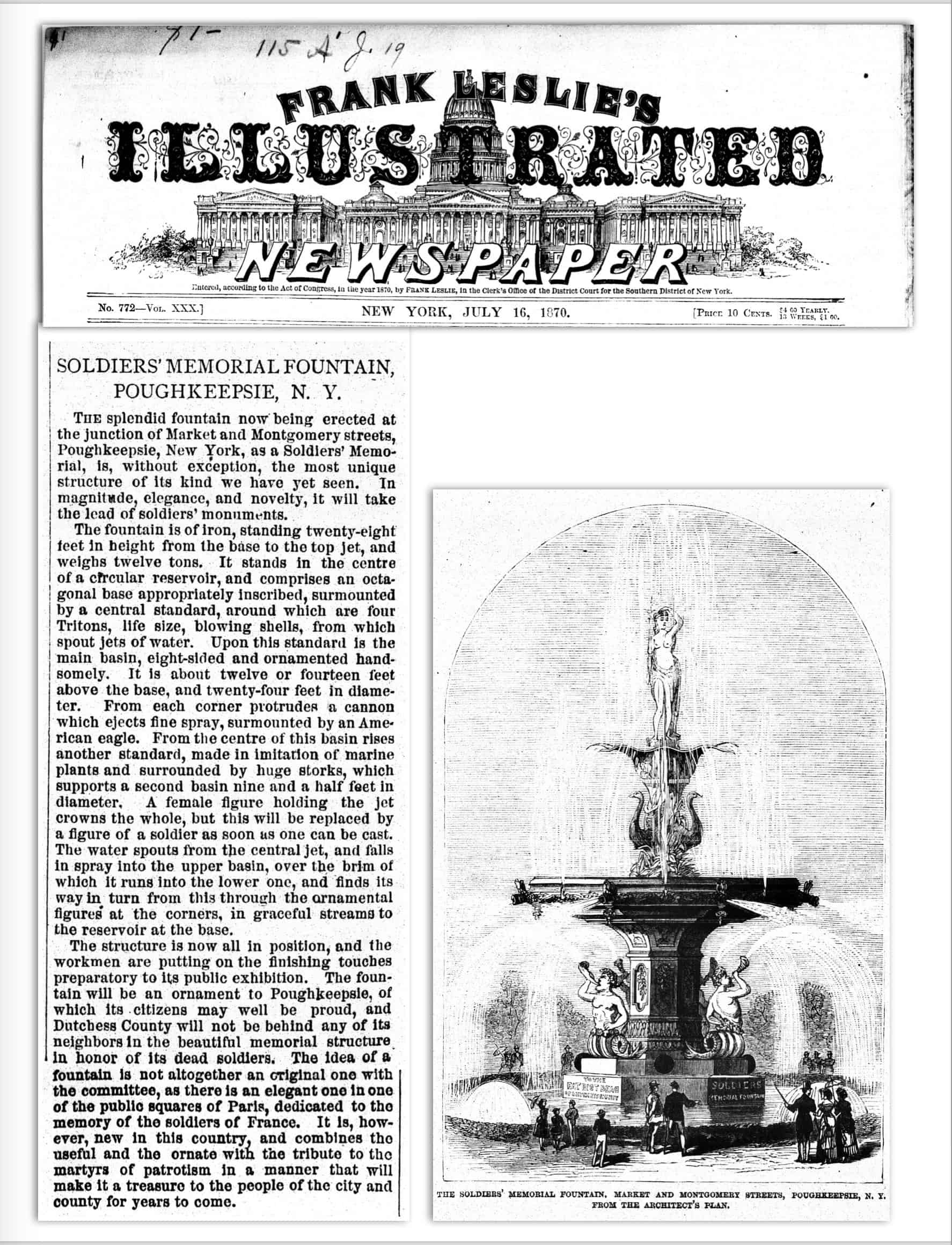 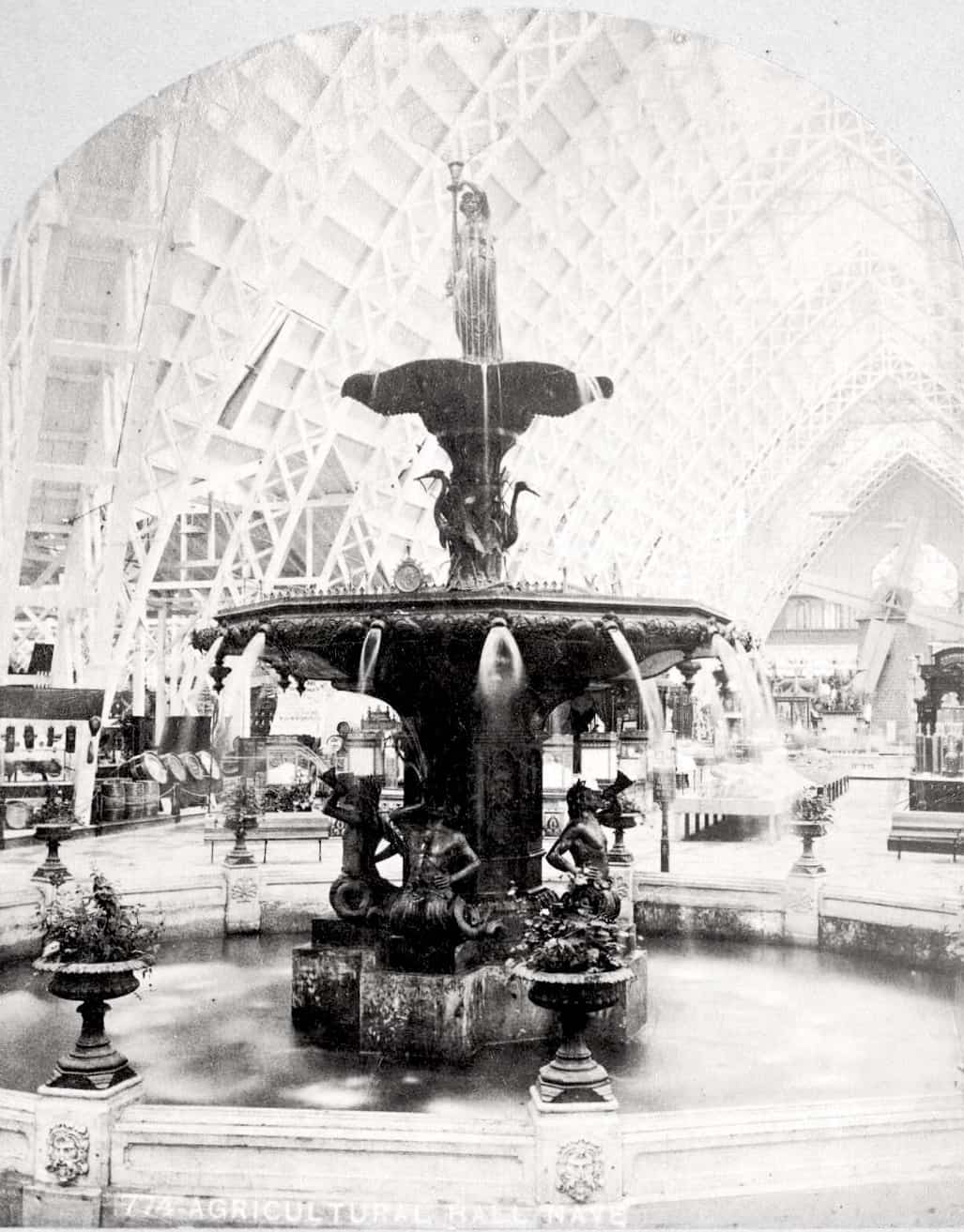 Above left, announcement of new fountain in Leslie’s Weekly. Above right, the fountain was made by the well known James Beebe Company, view at 1876 Philadelphia Centennial Exhibition. The same fountain stands in Savannah, Georgia. 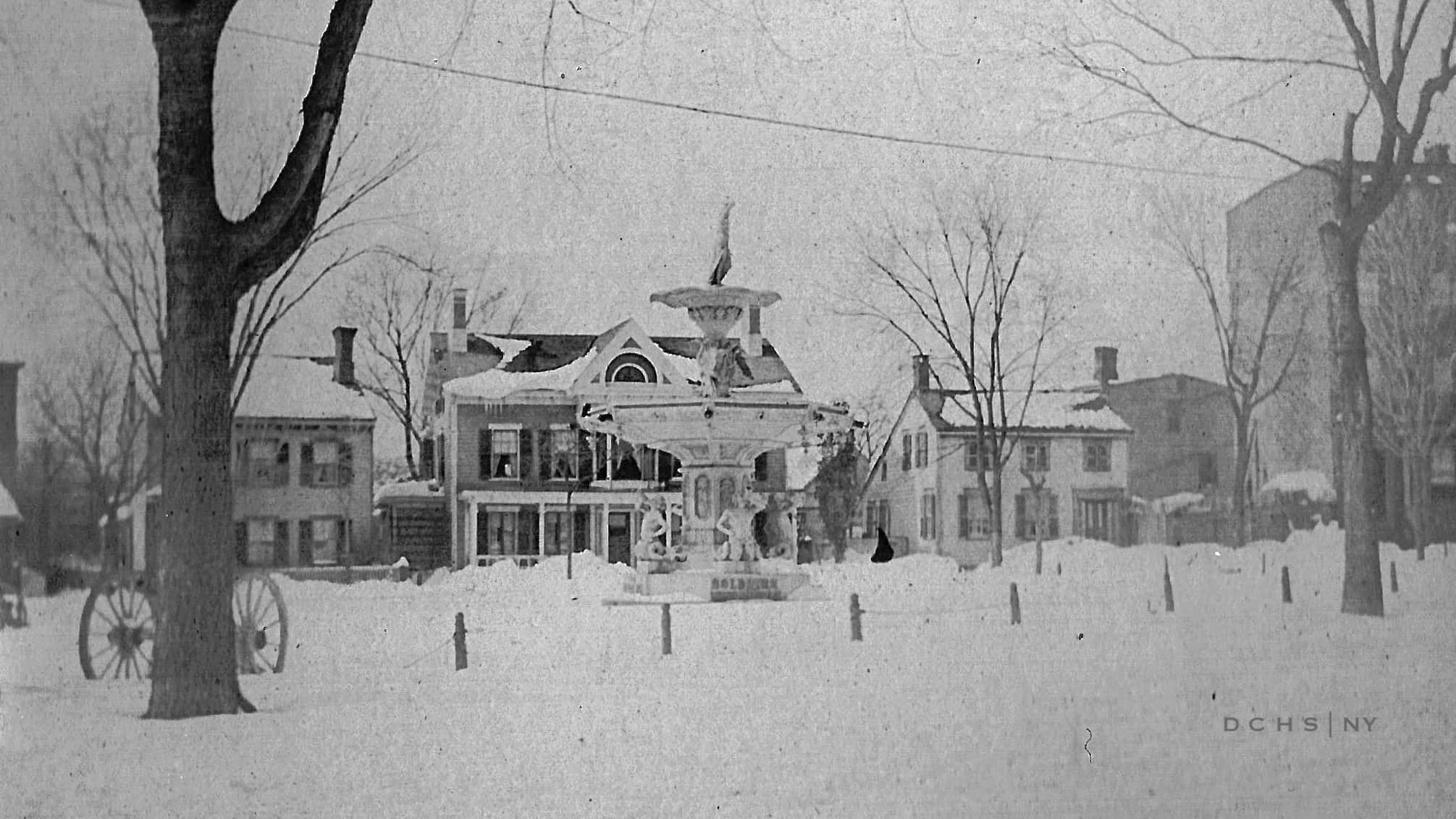 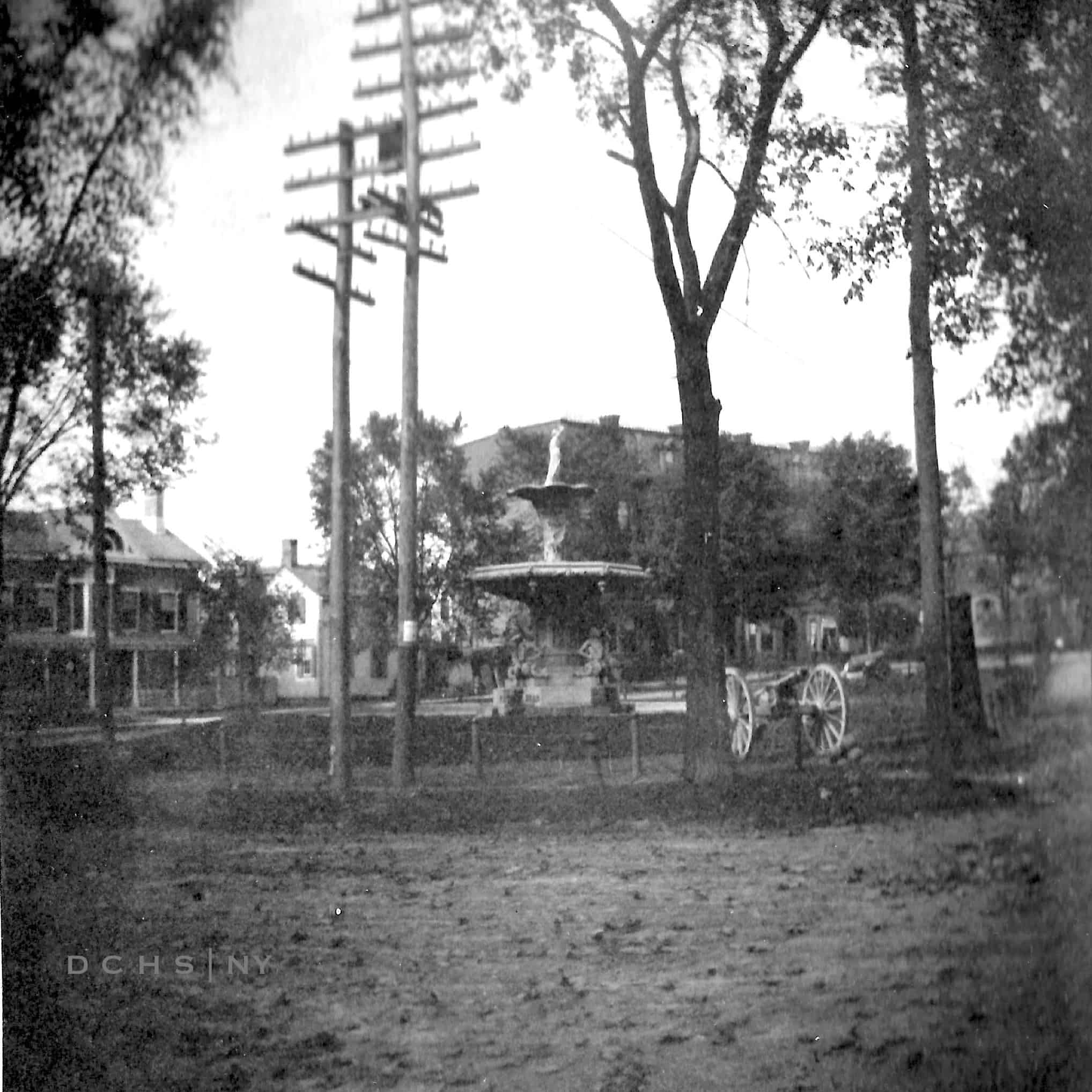 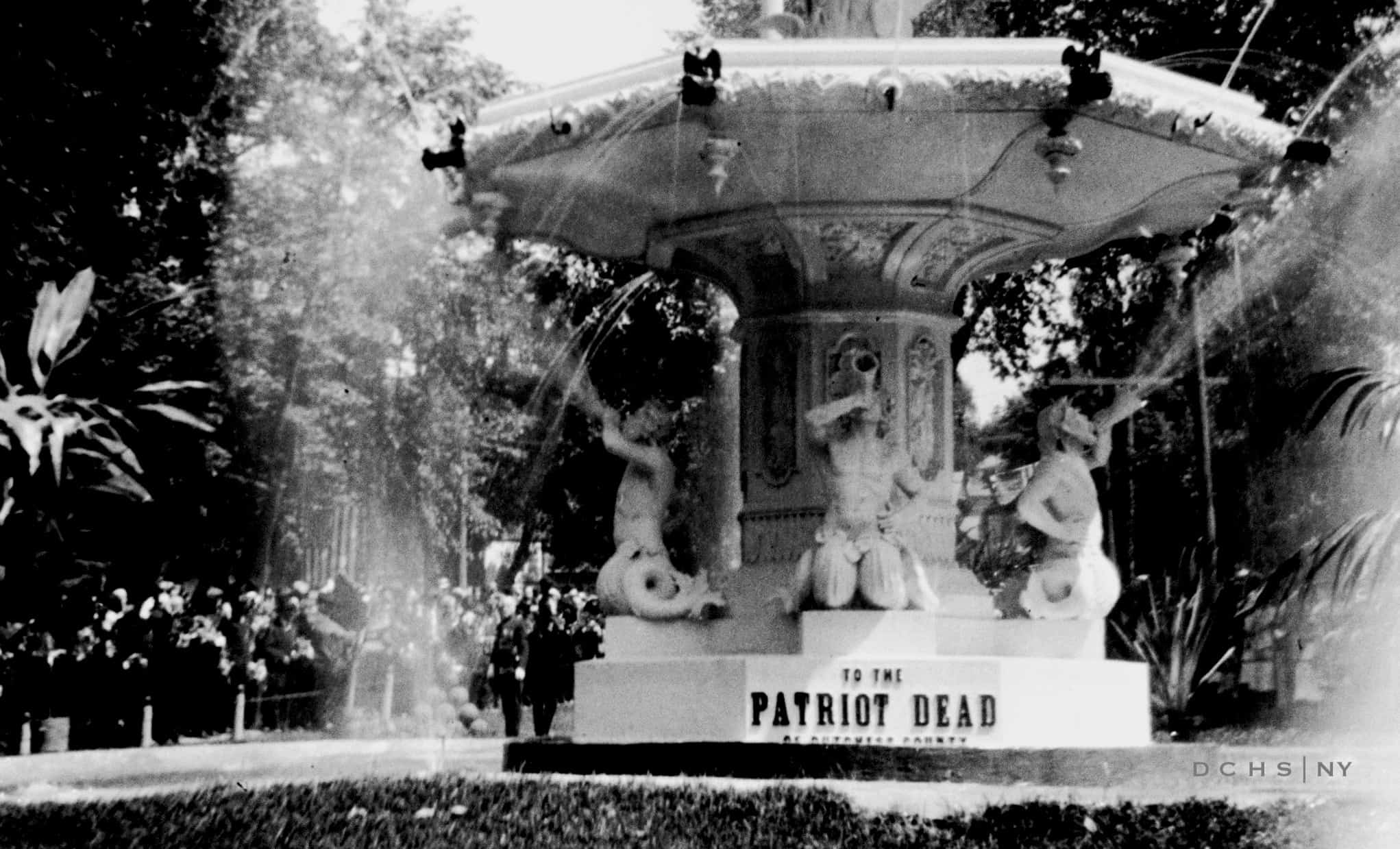 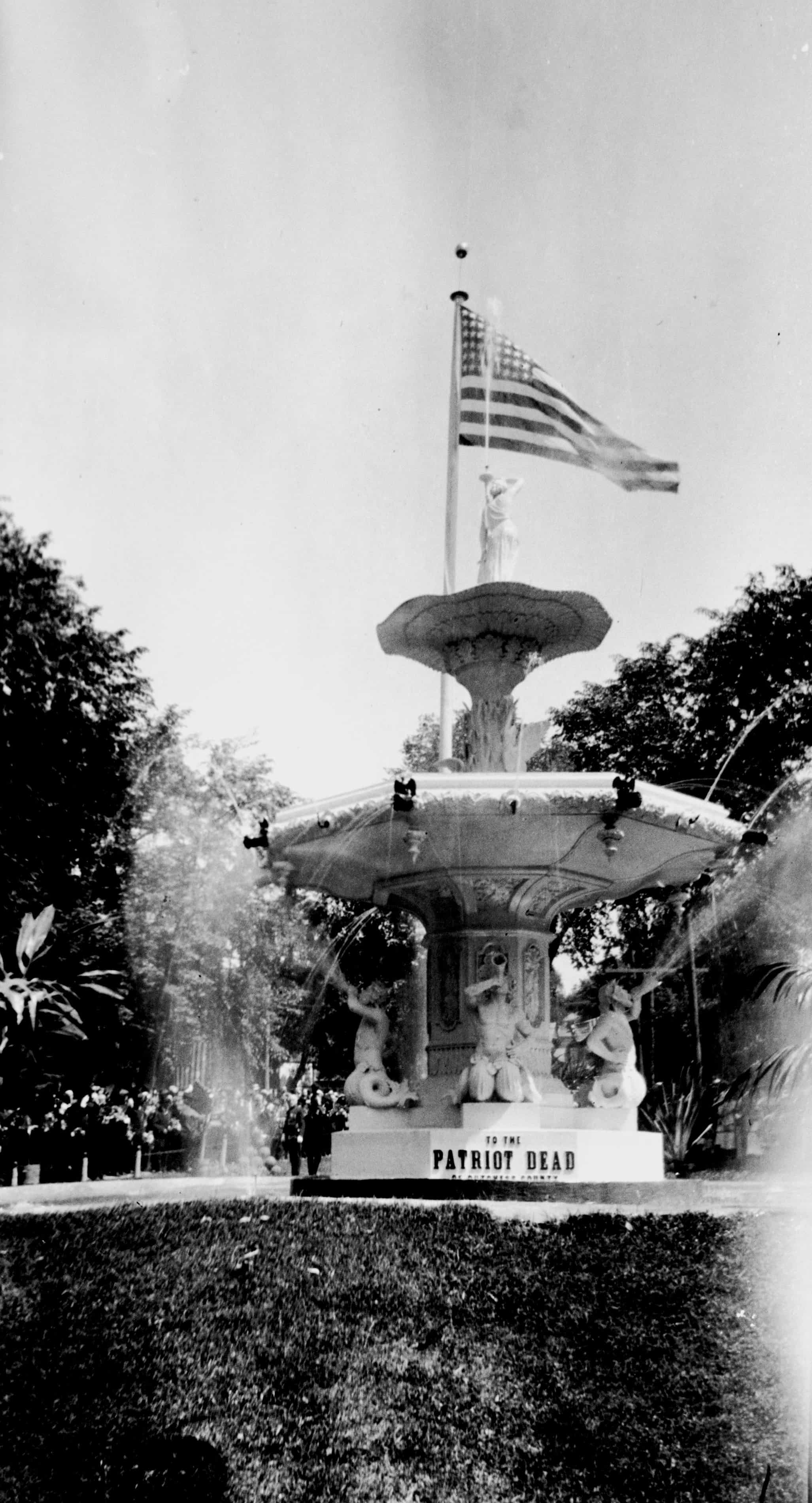 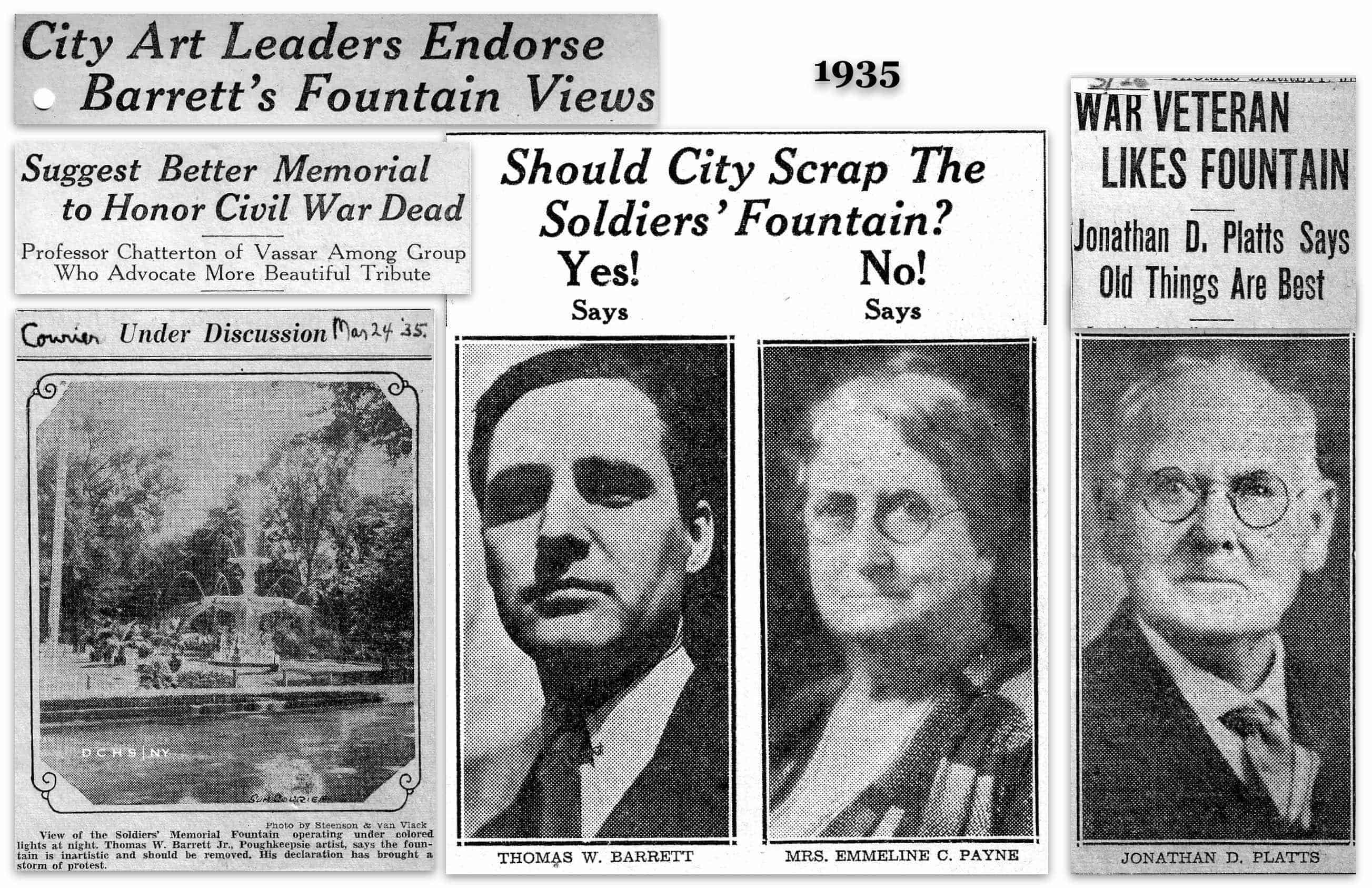 Posted in For everyone, Veterans